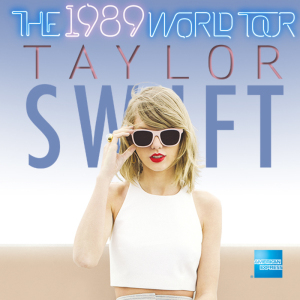 Taylor Swift announced the dates for her “1989” world tour, which will launch on May 20, 2015, in Bossier City, Louisiana. She’ll hit five countries and end with a Halloween show in Tampa, Florida.

Vance Joy, an Australian singer known for his hit single “Riptide,” will open for Swift during the North American dates. Swift announced the news on “Good Morning America” on Monday and directed fans to TaylorSwift.com for full dates and ticketing options. (The site has been down since the announcement but will be back up shortly.) Tickets for the general public will go on sale Nov. 14, but TaylorSwift.com members and American Express cardholders will be able to purchase tickets on Nov. 7.

Interestingly enough, Swift, who was named Global Welcome Ambassador for New York City last week, does not yet have any plans to stop at either New York’s Madison Square Garden or Brooklyn’s Barclays Center. As of now, the closest she’ll get to the five boroughs is a July 11 show at MetLife Stadium in East Rutherford, New Jersey. Welcome to New York?

U.S. Court Says Phone Passcodes are Protected Under the Law