Is Calvin Johnson ready for retirement?

Calvin Johnson is a wide receiver for the Detroit Lions, it’s his ninth season in the NFL. Johnson also made the Pro Bowl 6 times since 2010 and has 1,214 passing yards.

He has played with an ankle injury in half of the 2015 season, and in 2014 he missed three games because of a high sprained ankle. He also had a knee and finger injure but did off season surgery to fix both of them in 2013.

I think Johnson is ready for retirement because of all his injuries and also because he is getting into old age. He should retire while he is still known as a great receiver and not have his recorded go down, as he tries to keep playing.

Johnson is a great athlete, and amazing WR for the Lions but because he is getting older and other wide receivers are coming around wanting to take his place, he should strongly think about retiring in the near future.

Calvin Johnson has not said why he wants to retire yet, but the Lions organization will not push him into making any decisions about retirement. The Lions, however, do want a answer in the next month about his future plans. 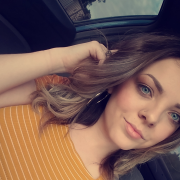