Should there be more diversity in the Oscar nominees list?

The Academy Awards president issued a statement on Monday promising to diversify the voting body, which consists of mostly white males.

“This is a difficult but important conversation, and it’s time for big changes,” Academy of Motion Pictures Arts and Sciences President Cheryl Boone Isaacs said in a statement Monday night. “The Academy is taking dramatic steps to alter the makeup of our membership. In the coming days and weeks we will conduct a review of our membership recruitment in order to bring about much-needed diversity in our 2016 class and beyond.”

The statement came after director Spike Lee and actress Jada Pinkett Smith, wife of Will Smith, announced that they would not be attending the Oscars.

The 88th annual Academy Awards will air on ABC on February 28th. 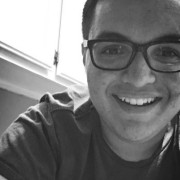 Hey, it's Matt Casillas! I am a Digital Content Producer and Editor for The Pulse. Have any questions for me? Please feel free to email me at [email protected]
Friend of The Pulse