It’s already time for another movie review, and yet another review on a movie I was able to get a first hand look at while I was at the Phoenix Film Festival. The Pulse Movie Crew (or Matt and I) saw one more movie on Sunday night, and it just so happened to be one of the ones we wanted to see so badly coming into the festival. I’m so excited to bring you this review, and the Phoenix Film Festival is still going on, so you can click right here to see movies, showtimes, and exclusive information on the coolest film festival in the nation.

I’m slowly catching up, and this time I’m going to talk about a movie I actually knew about coming into the Phoenix Film Festival called Sing Street. I got my first look at Sing Street when I the previews at Hello, My Name is Doris. I saw Hello, My Name is Doris, but I’m probably not going to review it unless I hear an overwhelming desire to hear my opinion on it, so it’s a probable no. Anyways, I was extremely excited for Sing Street. I love coming-of-age movies. It is one of my favorite genres of film, and that is one of the reasons I was so excited. Also, the director, John Carney, had previously written and directed Begin Again, a movie I really enjoyed. I still haven’t had a chance to check out Once, but when I get the chance I will surely take it. Carney was back with a pen and a camera on Sing Street, so I couldn’t help but get excited. Also, I thought it was interesting that this movie brought a ton of unfamiliar faces to the silver screen. I recognized Jack Reynor, and though I didn’t like Transformers: Age of Extinction, he was definitely not the reason. I thought he showed plenty of potential, and come to find out, he has been on short-list after short-list of potential big roles. When we spoke to Jason Carney, director of the Phoenix Film Festival, he sure sounded excited to see this movie, and it was one of the main films gathering buzz around the festival. I’m happy I got a chance to check it out, and now I get to discuss it. 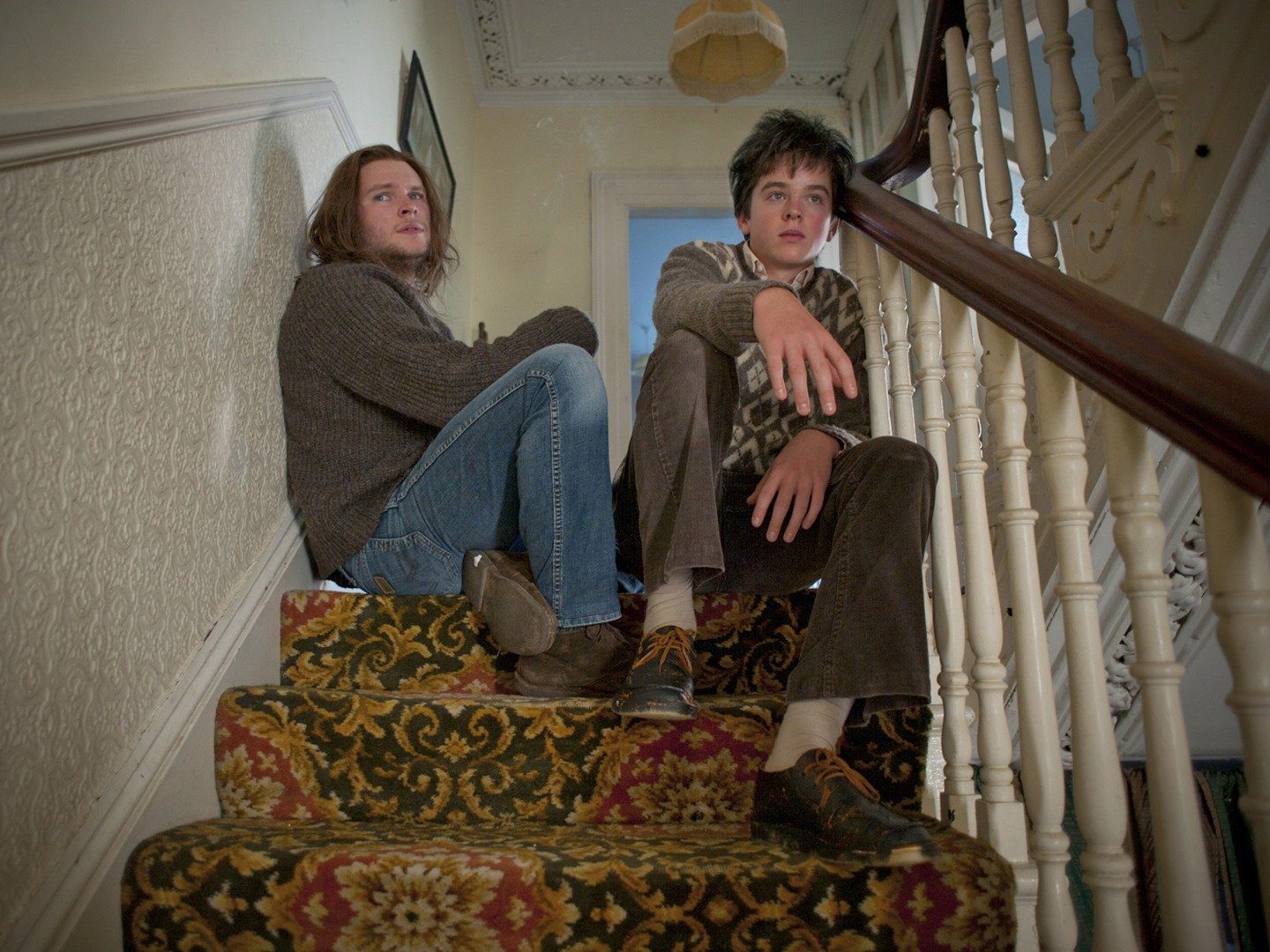 Sing Street is penned and directed by John Carney and stars Ferdia Walsh-Peelo, Jack Reynor, Aidan Gillen, Maria Doyle Kennedy, Lucy Boynton, Kelly Thornton, Ben Carolan, and Mark McKenna. Conor, played by Walsh-Peelo, moves schools after his fighting parents decide to cut the budget by putting him in a lower end school. Conor gets there and realizes that things are very different. There is a different dress code, different teachers, and different kids. He meets a girl named Raphina, played by Lucy Boynton, who he is very enticed by, but she seems to have no interest in him until he tells her that he is the front man in a band. Well, he’s not. Conor has to gather up some talent and some friends to start a local band called Sing Street to impress this new girl. 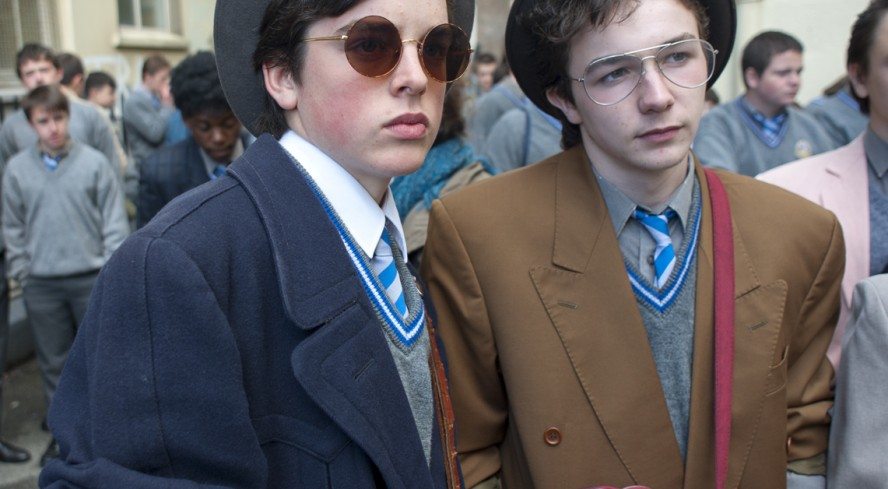 I was so excited for Sing Street coming into Sunday night. It has been racking up great review after great review including a 100% on Rotten Tomatoes at the time we saw the movie (a 96% at press time). There is a reason this movie has been taking in the critical reception it has. I loved this movie. Once again, John Carney came with another awesome screenplay and awesome direction. This movie is a fresh feel on the coming of age story, and if I had to say one thing about this film, I would say that it has heart. So often we talk about movies that are lacking heart or think they have heart and just don’t. This movie has heart, and it has a lot of it. I was so invested in this story of this boy, and it was so easy to cheer for him and so fun to watch him take on his life’s challenges and interact with these new kids in this new setting. I totally bought all of these kids as friends, and I bought all of the relationships. One of my favorite relationships in the movie is between Conor and his brother played by Jack Reynor. It is such an interesting and fascinating relationship, and when you see that the parents have kind of shoved the children aside to deal with their own issues, you only buy into this relationship more and more. I thought that the entire cast had such great chemistry, and the cast with great delivery and wit handled this very funny, very heart warming screenplay from John Carney so well. I also have to mention how much I adored the soundtrack. There are a few songs in here that are definitely making it onto my phone. It’s a phenomenal soundtrack, and the music in the film made it easier to connect with the characters and understand what they are going through, often something that is done in real life. One more person I have to personally call out is Mark McKenna. For me, he completely stole the show. He was such an intriguing and funny character, and he seemed to bring the cast chemistry to a whole new level. I had such an amazing time with Sing Street, and I was so emotionally connected to this movie because it just had so much heart. 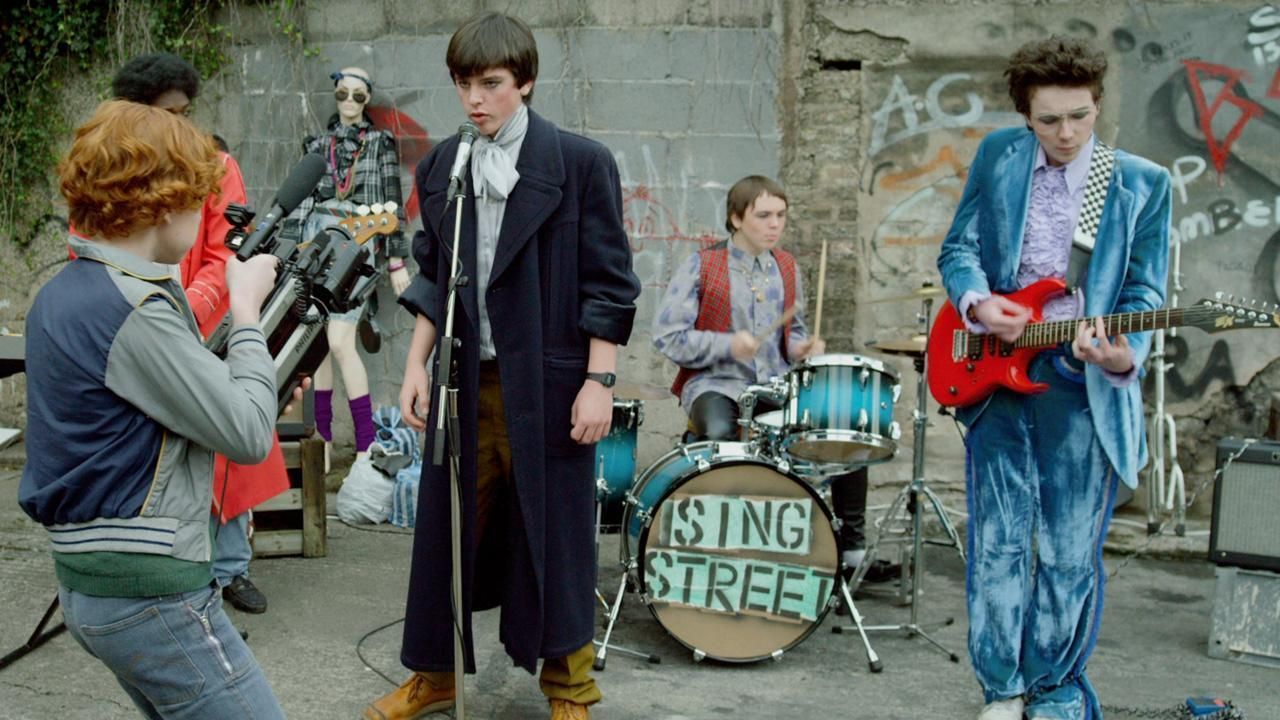 I did have a couple small problems with the movie. They were very small problems, but problems nonetheless. My first problem involved some of the character motivations. Some of them just weren’t there and they seemed to be plot devices. There was just nothing to them, and they were kind of there to feed the story, but at the same time, they didn’t feed the story, so it almost didn’t even make sense for them to be in the movie. My next problem is some very quick development. A few times in this movie it moves very, very fast, and it doesn’t really allow itself breathing room to develop. It seems to chug forward without developing into what it could have developed into. 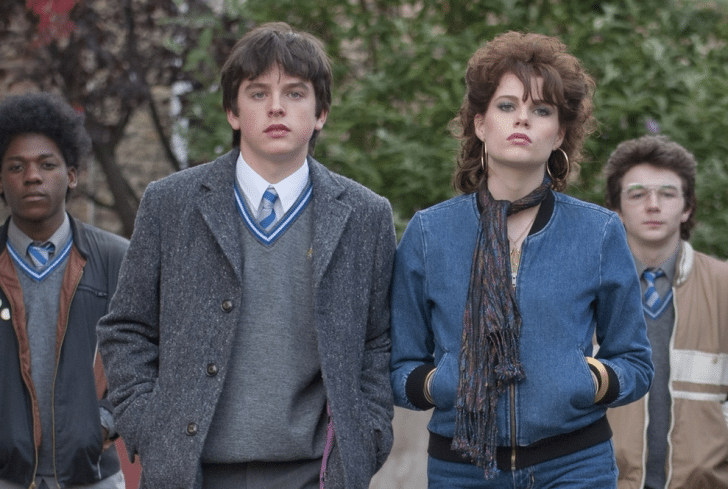 Overall, I had such a good time with Sing Street, and I would definitely suggest checking it out. As a kid, a movie fan, and a music fan, I thought it was so well made, so well written, and it had so much heart that allowed me to connect with it on a whole new level and feel like I was involved with these characters and their lives. These characters were my friends by the end of the movie, and I can’t say enough about how warm and soulful the movie really is. I had minor problems with the movie such as some characters not being necessary to the story as well as some underdeveloped plot points that continued to move without getting to the point they could have reached to fully bloom, but I love Sing Street. I’m going to give Sing Street a 9.5/10.

Have you had a chance to check out Sing Street? If you have, what did you think? If not, will you be seeing it when it comes to your local theater? Comment and let me know! If you are out at the Phoenix Film Festivalor you were out there definitely let us know either on this comment page or on our new Twitter @pulsemoviecrew because we would love to talk with you about your experiences at the festival and make you part of the Pulse Movie Crew’s coverage of the 2016 Phoenix Film Festival. Also, if you would like some more information on the Phoenix Film Festival, you can click right here to see which movies are screening along with times, prices, and exclusive information about the festival. It is still going on, so you still have a chance to get out to the coolest film festival in America. As always, thank you, and keep listening to 88.7 The Pulse!