Justin Lyons and Matt Casillas contributed to this review

Drake’s highly anticipated sixth studio album, Views, has garnered the attention of rap and hip hop fans alike. With the physical copy of Views dropping in stores this Friday, May 6th, we here at The Pulse thought it would be the perfect time to begin a new segment of album reviews, where we review the latest music that you can catch right here on The Pulse! 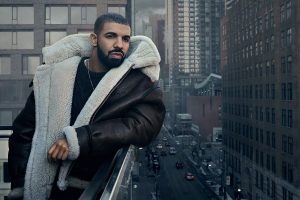 As we mentioned earlier, Views has caught the attention of just about every music fan and established its presence on social media. Drake always seems to do a very good job of effectively marketing each and every release, and Views is no different from the rest. It has caught our attention at The Pulse as if you have listened to the station, you have probably heard Drake’s latest hit singles like “One Dance,” “Hotline Bling,” and “Too Good” featuring the likes of Rihanna. However, if you look a little bit further into the album, you will realize that there are 17 more songs, so let’s talk about them!

To help you get familiar with Views, feel free to take a look at the track listing below:

First off, Views has been racking up praise like crazy. Every fan of Wheelchair Jimmy (shameless Degrassi reference) has expressed their love and pleasure for this album. Do we have the same amount of love and pleasure that the majority of Drizzy’s fans have? Maybe we don’t have quite as much as they do. While there are some quality songs on this album that bring back classic Drake with the flow and rhythm that has brought in both rap/hip hop fans and R&B fans, the majority of the songs do not live up to the hype that the whole world had anticipated. 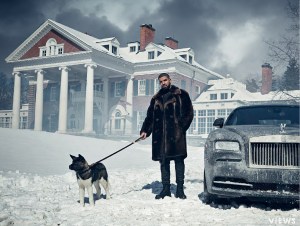 As far as the positives go, there are a few to talk about. First of all, as Drake typically does, he comes through on Views with amazing features. Not all of the features on this album are home-runs, but there are still many good tracks with awesome artists lending their craft. Throughout Views, you will find features from both established artists such as Rihanna, Future and Wizkid, as well as features from lesser known talents such as PARTYNEXTDOOR, dvsn and Kyla. Views also contains a helping hand from the late great Pimp C in the ninth track titled “Faithful.” Next, there are tracks on this album that showcase the reason Drake is one of the most respected entertainers in the music industry. He brings his classic rapping style and effortless flow in “Weston Road Flows” and “Hype.” He also brings the soulful voice he likes to show off in tracks like “One Dance” and “Too Good.” Another positive that we found with Views was the interesting, mysterious and attention-grabbing artwork, shot by celebrity photographer Caitlin Cronenberg, showing Drake’s roots and reasons.  Also, be sure to check out other pictures she shot for Views throughout this post!

Unfortunately, we do have to move onto the negatives that we encountered while listening to Views. We have to mention the intros and outros of almost each and every song. They both drag on far too long and it almost takes the listener out of the song. They also feel like departures from the body of the song, and it does not allow the songs to gel together and maintain a consistent focus level and interest in the music. Lyrically, we also felt that this is one of Drake’s weaker albums. The lyrical content is empty, repetitive and unfresh. In many moments on the album, it feels as though Drake is playing up to his stereotype; the stereotype that gave him the name “The Patron Saint of Tenderness.” He is known for the heartbreaking words he uses to talk about his encounters with women, and while you cannot claim that Drake is a bad guy, he definitely seems to be playing to that on Views. Finally, this album feels very edited. When editing is done well, it is a tool that can be used to maximize strengths and eliminate weaknesses. Drake is an über-talented musician. There are points in this album where we feel like we are listening to T-Pain, which works well for T-Pain because that is his style. Drake is talented enough for that to be unnecessary, and it takes away from the realness of his music. Point being, Drake is mature enough and talented enough to not need noticeable autotune in his music.

Overall, Views is not Drake’s strongest album to date. Features and Drizzy’s classic sound are not enough to fully redeem the awkward openings and closings of songs, as well as the weak lyrical content. The slow-paced songs are not where Drake has hit his stride in the past, and Views continues to prove that.