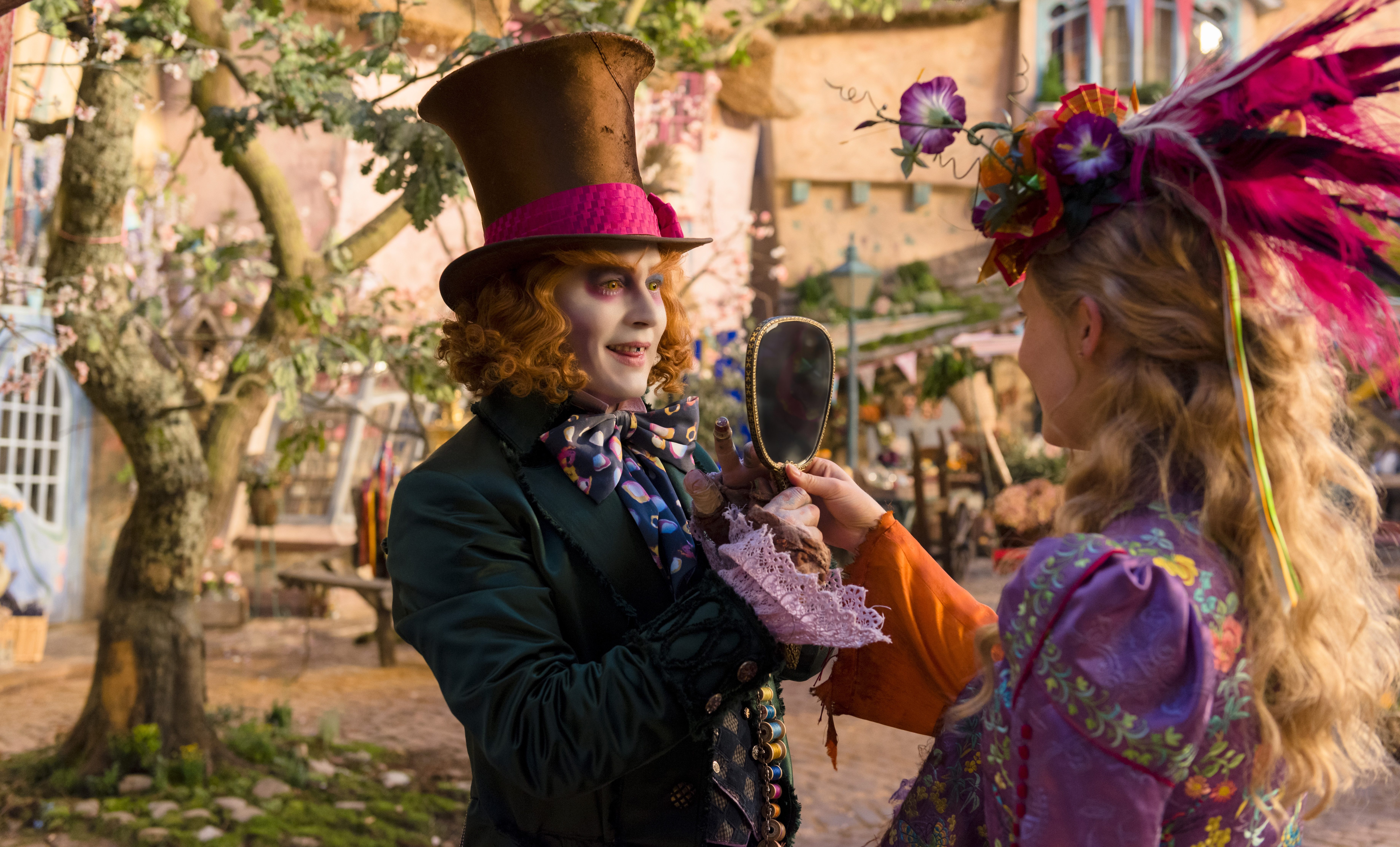 Alice Through the Looking Glass is the second and final movie I will be reviewing this weekend, and to be honest, it is the one I was less excited for. Tim Burton did not return for the sequel, and after the first film was a billion dollar movie, we are getting the sequel six years later. I do like Johnny Depp, and I do like Anne Hathaway, but I just couldn’t get myself very excited for this movie. As soon as I saw this trailer I knew I was in for exactly what I was expecting, so let’s just get right into the review. 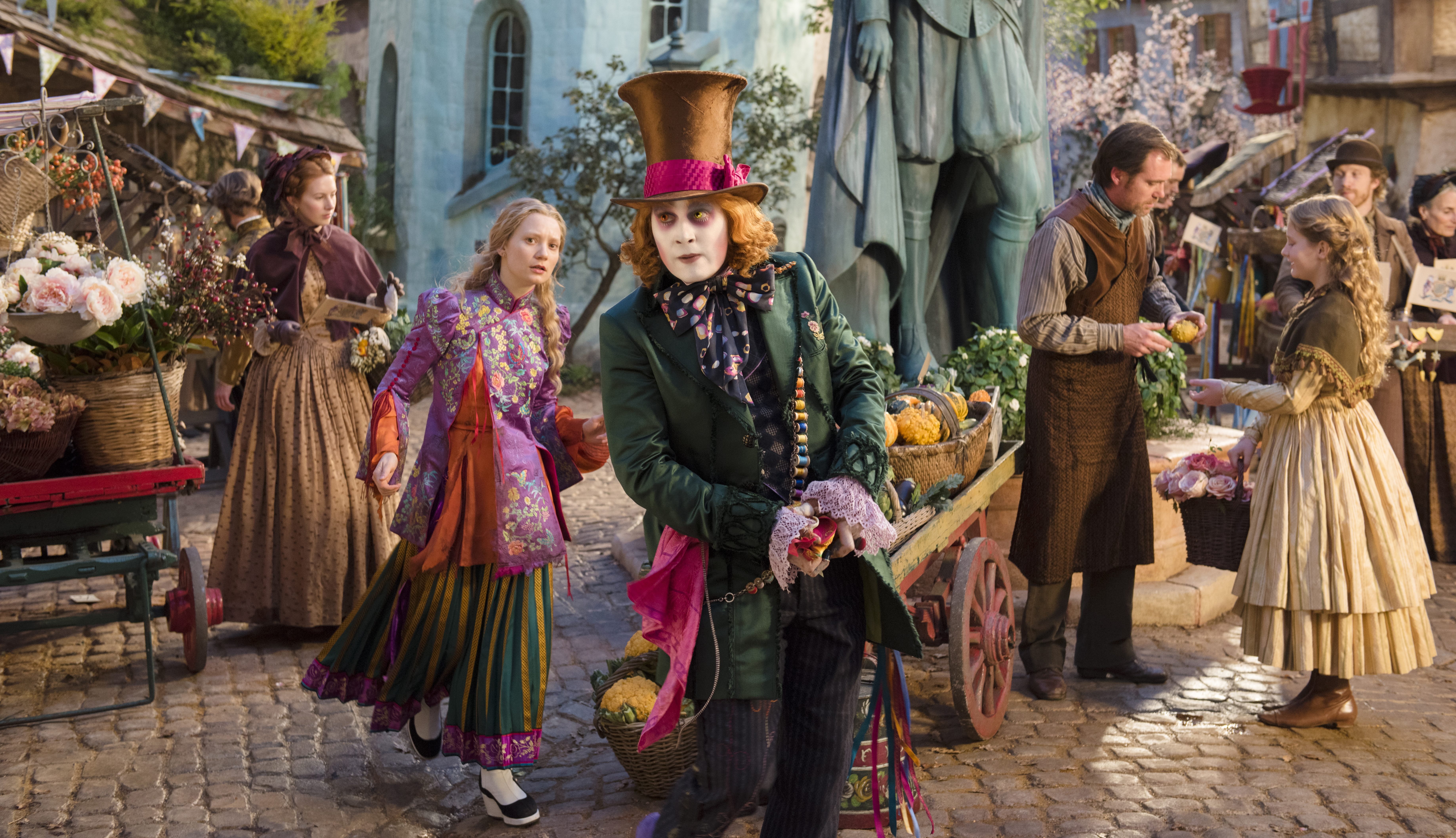 Alice Through the Looking Glass is directed by James Bobin and stars Mia Wasikowska, Johnny Depp, Anne Hathaway, Sascha Baron Cohen, and Helena Bonham Carter. Alice has become a ship captain in the real world, but when she returns from sea, she goes back to Wonderland through a mirror. Once she arrives in Wonderland, she learns that the Mad Hatter, played by Johnny Depp has begun to believe that his family is still alive, and nobody believes him. Even Alice, who the Mad Hatter considers to be one of his best friends, does not believe him. Alice must go on a journey to find the Mad Hatter’s family or find out what happened to them and regain the trust that the Hatter had in her. It sounds simpler than it is. I racked my brain for a little while trying to figure out a cohesive summary of the plot. 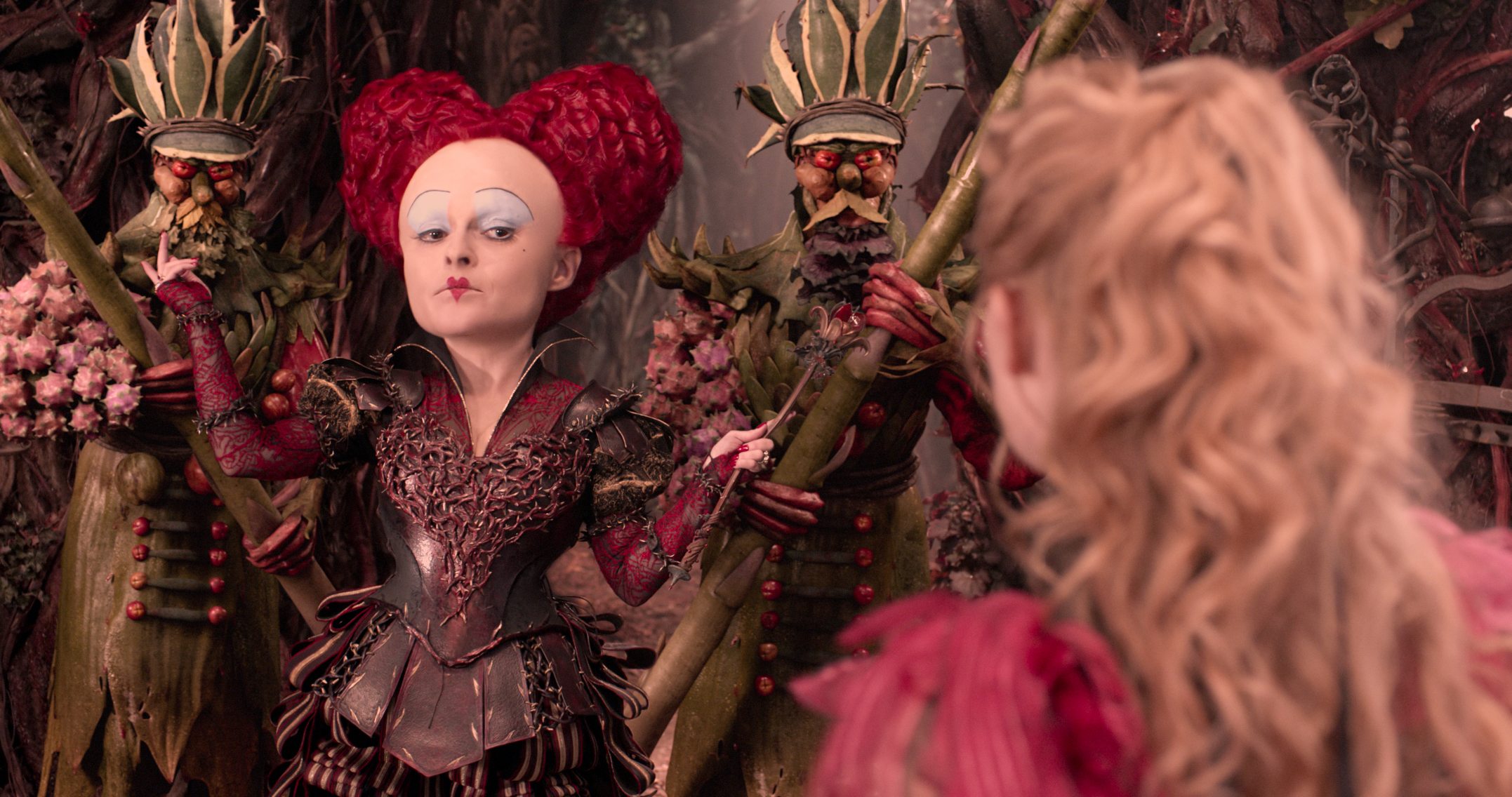 I always like to start with the positives, so let’s talk about those. First of all, I don’t mind watching Johnny Depp as the Mad Hatter. It’s not a great performance by any means, but for me, at least, he was the best part of the film. He’s pretty wacky, and it’s not like I haven’t seen Johnny Depp covered in makeup not looking like Johnny Depp before, but I thought that I moderately enjoyed him and his antics. Next, I like what the movie was going for. It had a positive goal, but sometimes it ended up failing to reach those goals, and that’s where this movie does not work for me. As I said above, I had to really think about how I wanted to sum up the plot of this movie. It wasn’t easy, and that’s mainly because there is just so much going on. There are so many different plots and different characters who just don’t balance well for the movie, and they are entangled in a mess of CGI. Wonderland is a world of strange occurrences and oddity and adventure, but in this movie, Wonderland is a train wreck of computer generated imagery, and it stops being a fun and wondrous place to be and just turns into a very artificial place. I didn’t really care about many of the characters, and even the humans seem like they don’t belong in the real world. It is all wrapped in a bow by some bad acting from actors and actresses who have a history of being a top-tier talent in their craft. 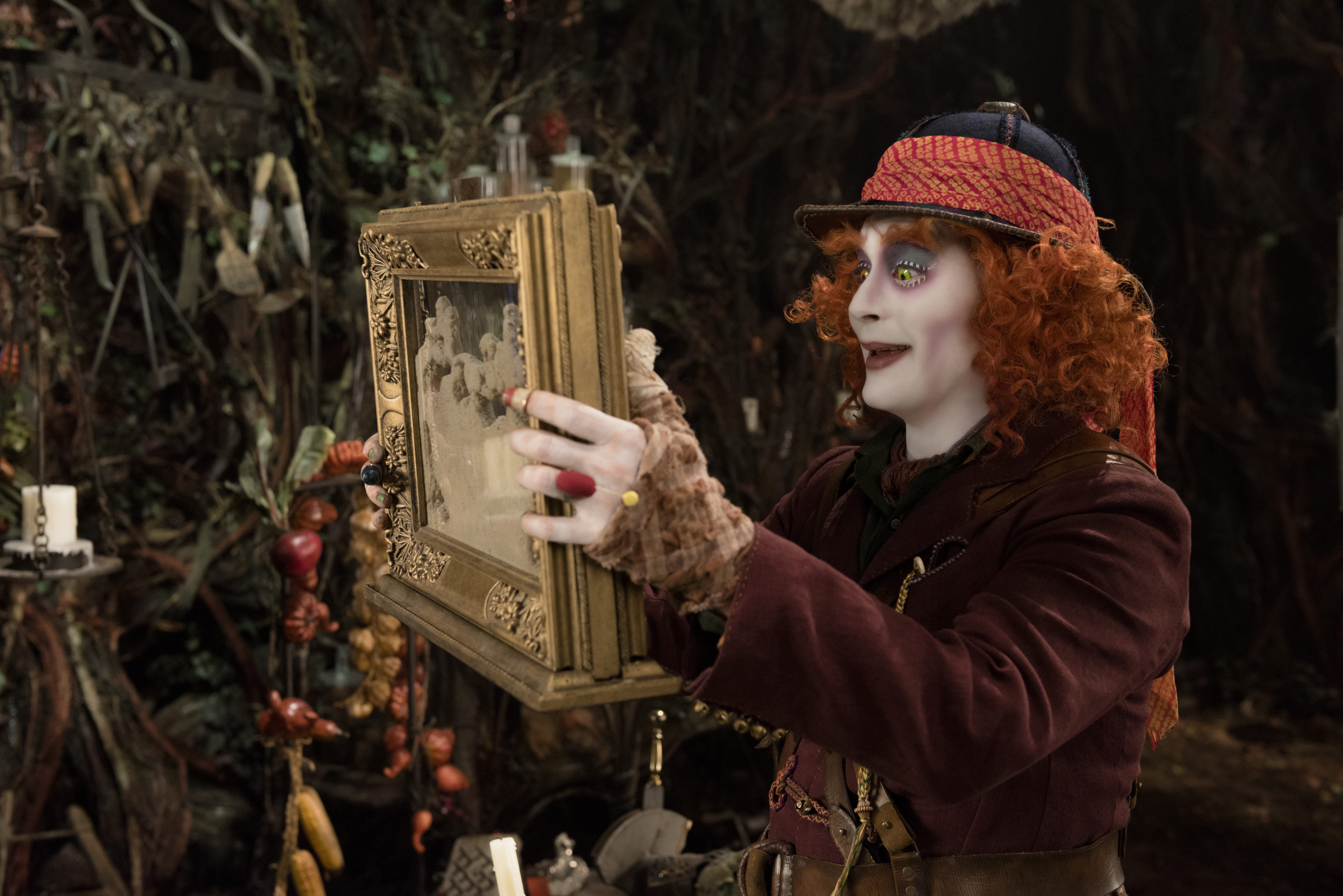 Overall, I did not really like Alice Through the Looking Glass. I thought it became a CGI mess of storytelling inconsistency, and it just didn’t appeal to me. It wasn’t the worst movie I have seen this year, but I just think it is an unnecessary sequel fed off of the success of the 2010 film, which I also did not particularly care for. I love the original 1951 Alice in Wonderland, but this just so happens to be a series of Disney live-action adaptations that just didn’t hit for me. I’m going to give Alice Through the Looking Glass a 4/10. 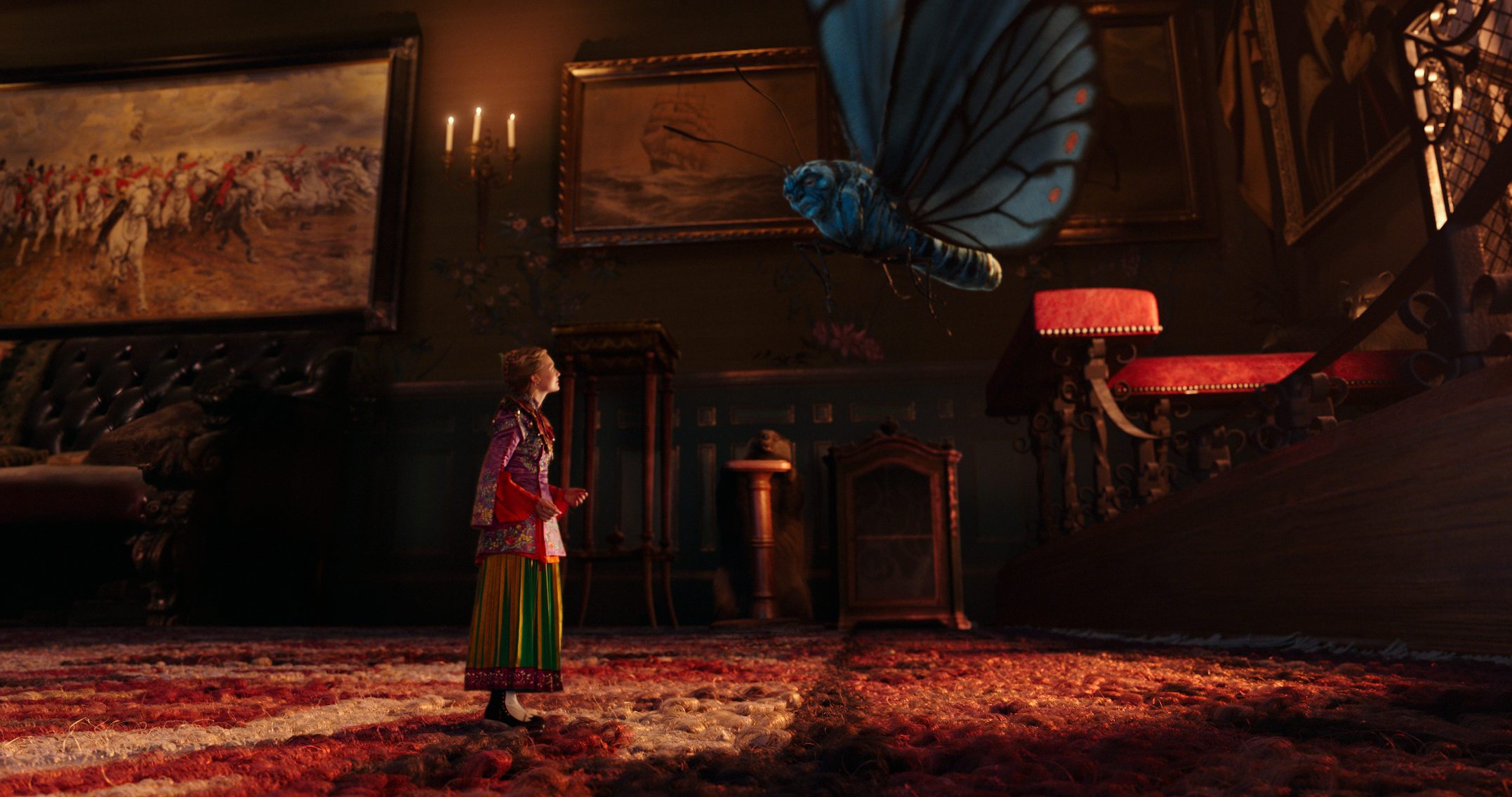 Are you going out to see Alice Through the Looking Glass this weekend? If you are, let me know down in the comments! X-Men: Apocalypse was also released this week, and I really liked it, so if you have seen it or will be seeing it, definitely let me know what you think! I will have a list of all of the X-Men team films ranked this weekend, which means that it will not include the solo movies from characters like Wolverine or Deadpool, but it will still be a fun list! Be sure to stay tuned for that, and as always, thank you, and keep listening to 88.7 The Pulse!

Here is everything coming and going on Netflix in June 2016