It’s time for another movie review presented by our friends over at FatCats Gilbert on the southwest corner of Greenfield and Baseline. There is no place to see the latest movies like FatCats Gilbert. With the most comfortable recliners in the valley, it feels like you’re right in the comfort of your own home!

Pete’s Dragon is a movie that I wasn’t too seriously looking forward to, but Disney is a staple for me, so I did want to check it out. I think Disney might be the most consistent studio, so I thought that it had potential. I actually haven’t seen the original animated film, so I didn’t have anything to compare it to or anything to have me emotionally tied to it coming in, but like I said, I still did want to see it. I’m actually a huge Karl Urban fan which isn’t something I hear too many people say. I think he’s insanely talented, and he’s actually very versatile. Of course I love Robert Redford, so to see him in this movie, even though he didn’t have a huge role, was still exciting. Bryce Dallas Howard looks like she figured out that running in high heels through rough terrain wasn’t a great idea, so she slapped the tennis shoes or hiking shoes on for this one. That’s already a positive for the movie. Anyways, let’s get going talking about Elliot the Big Green Dog- I mean Pete’s Dragon. 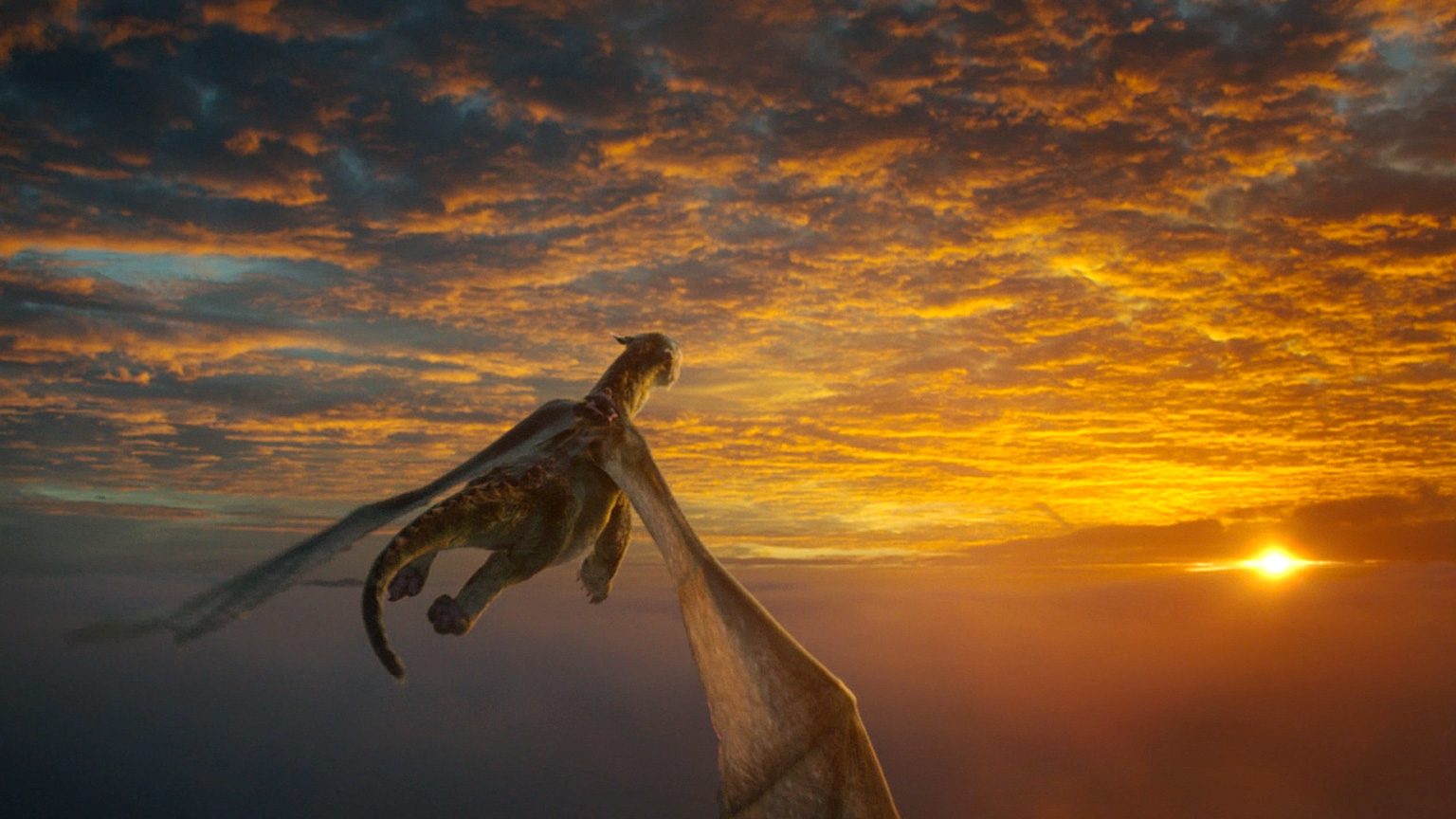 Pete’s Dragon is directed by David Lowery and stars Oakes Fegley, Bryce Dallas Howard, Karl Urban, Wes Bentley, and Robert Redford. When tale after tale is told about a dragon that lives in the woods, all of the children are either mystified or nonbelievers. One child knows all about the dragon, and that’s Pete. Pete has lived in the woods his entire life under the protection of the legendary dragon. He has grown up knowing how to live in the woods, so when he is taken into the city, it’s very different, and he must figure out a way to get back to his beloved Dragon named Elliot and the only family he knows. What will really steal the show for you is the relationship between Pete and his Dragon Elliot. It’s really a great codependent relationship that you can easily see is important and works for both of them. It’s weird to say that they had great chemistry because Elliot is a computer generated dragon and Pete is a ten-year-old boy, but the relationship worked so well for me, and it’s really heart warming. They are the reason that you’re actually invested in the story, and to see that it’s not only because Pete relies on Elliot but also because Elliot relies on Pete is really amazing. I think it will definitely get to anyone who has ever had a pet. Elliot seems like Pete’s pet, but he is also Pete’s protector, and the way that he can be both is very interesting. Also, Elliot looked so good in this movie. I really bought the look of the dragon, and the way he moves and flies in this film is so well realized on-screen. Next, I thought that all of the main characters were very likable. These aren’t groundbreaking performances or anything we haven’t seen before, but the characters are very likable and work well together for a children’s film. Pete’s Dragon is a sweet movie about a boy and his pet, so it’s not a movie you haven’t seen before. Everything is pretty predictable, and you’ll probably see it coming from a mile away. If you’ve seen a dog movie or any movie about pets, you’ve seen this movie. Pete’s Dragon was really able to capture the relationship between Pete and the dragon, so that is what may set this movie aside, but other than that, it’s pretty by-the-book. Karl Urban, who I mentioned I’m a huge fan of, is a very stereotypical evil guy and a selfish antagonist. All of his lines and all of his actions cater that one specific trait of his, so I didn’t really get much from him, but in a movie for kids, it probably won’t make a huge difference for a family going out to see Pete’s Dragon to just enjoy a movie with some heart. 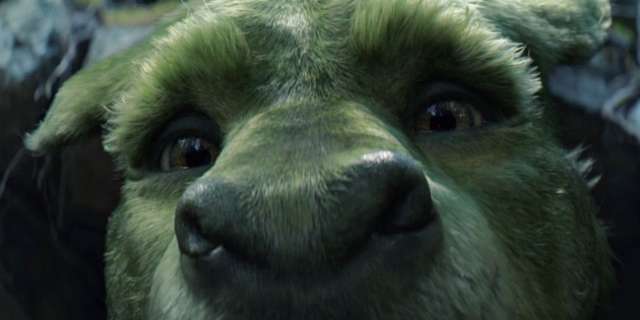 Overall, I think that families can make a great day out of Pete’s Dragon. It has plenty of heart, and I think that families can really enjoy the relationship between Pete and Elliot. It’s just another movie that has tons of heart and revolves around a boy and his dog. I thought that the dragon looked really great, and the characters are extremely likable. It’s nothing you haven’t seen before, and you definitely won’t be surprised by anything, but you can still get some emotional enjoyment out of it. There are some questionable lines in the movie. Pete grew up in the word where you stand your ground when a predator approaches, so when he goes to the city and sees a dog barking at him, he barks back. Instead of, say, laughing, which is probably what I would do, the owner of the dog yells at Pete to stop barking, or “yarking” I think she said, at her dog. I still think that Pete’s Dragon is a heart warming little tale, and families will enjoy it. I’m going to give Pete’s Dragon a 6.3/10. 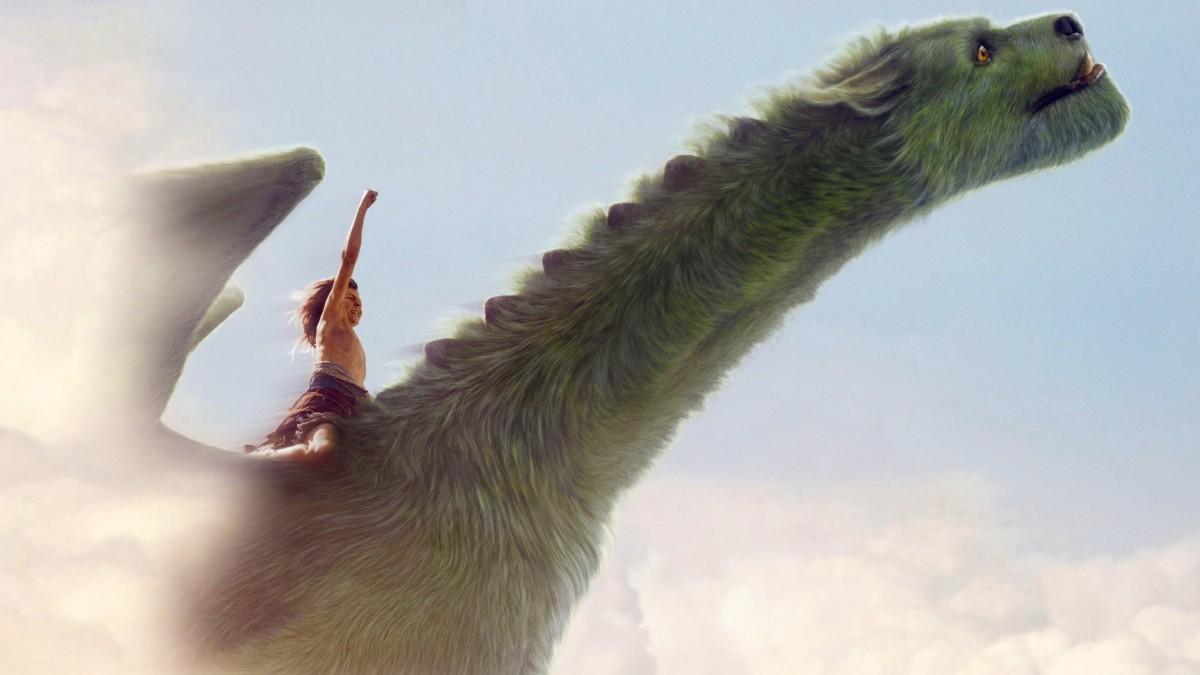 Will you be headed out to see Pete’s Dragon this weekend? Comment down in the comment section and let me know! I also have reviews for Sausage Party and Florence Foster Jenkins posted, so if you would like to see reviews for those you can click on the hyperlinked titles! I should have reviews for War Dogs, Ben-Hur, and Kubo and the Two Strings next week, so be sure to stay tuned for those. As always, thank you, and keep listening to 88.7 The Pulse!