It’s time for another movie review presented by our good friends over at FatCats Gilbert located on the southwest corner of Greenfield and Baseline! FatCats Gilbert is the best place to see all of the latest releases at the box office, play some neon mini golf, or bowl at the best bowling alley in the valley! 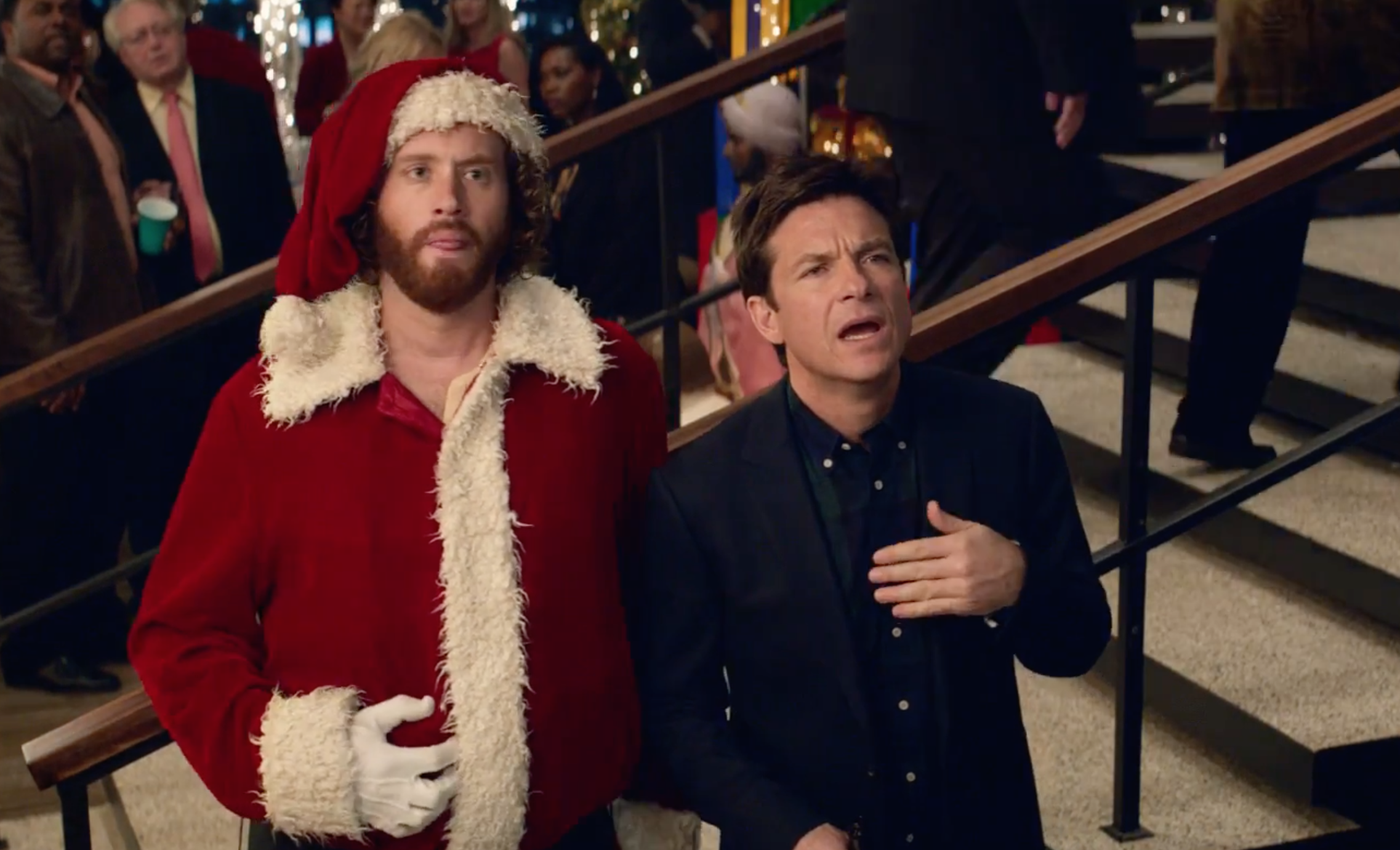 Office Christmas Party wasn’t a movie that I was on the edge of my seat for, but I’m still always in for a raunchy comedy. I thought the trailer was decent enough that I could hope for some laughs, and that’s the exact approach I took into the movie. I figured it would give me some laughs but also be pretty a forgettable mess that I could chalk up to a fun movie night. I’m a big fan of just about everyone in the cast, and they’ve all made me laugh plenty of times, so let’s talk about Office Christmas Party!

Office Christmas Party is directed by Josh Gordon and Will Speck and stars Jason Bateman, T.J. Miller, Jennifer Aniston, Olivia Munn, Kate McKinnon, Courtney B. Vance, and many, many more in the world of comedy superstars. A branch of a major company is threatened to be shut down by the CEO when they don’t grow enough to keep up with the standards of the business. What do you do to save everyone’s jobs? You round up all the booze, drugs, and party animals you can and throw an office Christmas party to impress a massive client.

I wasn’t expecting this movie to be anything other than a raunchy Christmas comedy with a few good laughs and a throwaway storyline, and that’s almost exactly what I ended up with. I mean, I’m still not 100% sure what the company in the movie does, so that right there tells me that I didn’t need to emotionally invest myself too much into it, and I ended up enjoying this movie as much as I possibly could have because of that. The biggest question in a comedy is if the movie will make you laugh, and for me, it did. It made me laugh quite a bit actually, and a lot of the comedic performances really worked. I thought T.J. Miller and Jennifer Aniston countered each other perfectly, and it made for some great comedy. I think Jason Bateman is insanely likable, and that’s exactly why I liked him in this movie. You’ve definitely seen this performance from him before, but he’s still so dang likable that I enjoyed watching him. I thought Office Christmas Party had some great jokes, some great gags, and it was fun to watch things just get out of hand while I could kick my feet back and laugh. As far as negatives go, this isn’t a movie I’m going to shred for the things that weren’t perfect because I think that’s the absolute wrong approach to take into Office Christmas Party. Like I mentioned earlier, I don’t even know what this company does, so the movie obviously just decides to throw a lot of the story out and show me things that I’m probably never going to see in my lifetime. By the end it felt like people were just trying to have fun putting it together, and I was already along for the ride, so I don’t have any complaints there. There’s also so much that I didn’t buy into such as the fact that this party could actually happen. There’s no way this could ever happen because there would be actual consequences. Also, by the end, we’re subjected to “movie science” and “movie medics,” which is exactly what it sounds like. The movie makes up a bunch of scientific and medical ideas, and they make no sense. It’s pretty absurd, but if you’re still taking the movie seriously by the end, it’s probably not a movie for you.

Overall, Office Christmas Party is a good time if you’re looking for something to just enjoy for a night with some buddies! It’s not something to take seriously, and it’s not something that’s meant to be looked at in-depth. The writers and cast were just trying to have a good time, so if you’re trying to have a good time I think you’ll enjoy the movie. I was pleasantly surprised by how much I laughed, and the cast is so charming and likable. It’s a forgettable, throw-away time, and I think it’s perfectly serviceable with the right approach. If I found it for a few bucks on Blu-ray I would definitely grab it just to pop in during the winter and drink some hot chocolate with. I’m going to give Office Christmas Party a 6/10.

Will you be checking out Office Christmas Party? Let me know down in the comments! What are you looking forward to now that December is here? Also, be sure to stick around for reviews for three of my most anticipated movies of the season in Rogue One: A Star Wars Story, La La Land, and Collateral Beauty all coming next week! As always, thank you, and keep listening to 88.7 The Pulse!

All images courtesy of Paramount Pictures