We don’t have to wait until 2017 to get new music from Taylor Swift. The country-turned-pop-superstar has surprised her fans with a brand new song titled “I Don’t Wanna Live Forever” which she recorded in collaboration with Zayn Malik for the “Fifty Shades Darker” soundtrack. 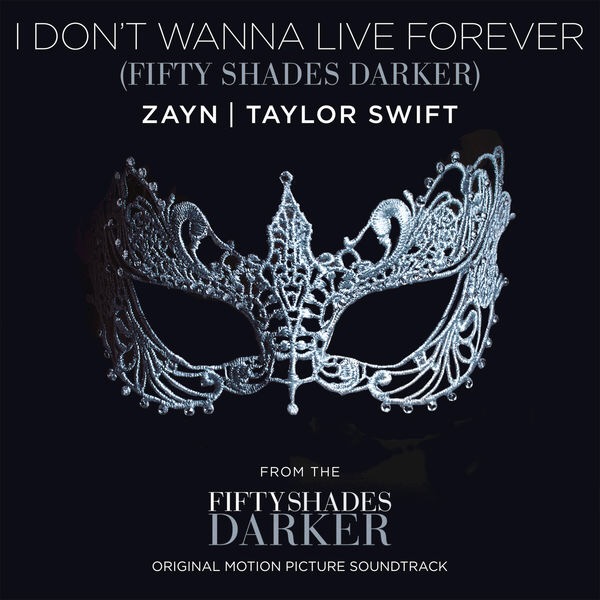 On Thursday night, December 8, Taylor shared the artwork and the snippet of the track on her social media accounts. Zayn helped promote the song by posting on his own Instagram page a picture of him holding Taylor’s cat. “#idontwannaliveforever,” he captioned it.

The song has been made available on iTunes and has since risen to the top spot of the iTunes chart. “Well that escalated quickly,” Taylor commented on the song’s performance.

A sequel to “Fifty Shades of Grey”, “Fifty Shades Darker” follows Christian who wrestles with his inner demons, while Anastasia must confront the anger and envy of the women who came before her. Dakota Johnson and Jamie Dornan reprise their roles as Ana and Christian respectively. The R-rated movie is set to hit U.S. theaters on February 10, 2017.