Samsung on Monday held a press conference to share results of its investigation into Note 7 fires that forced the South Korean firm to temporarily recall and eventually permanently discontinue its supposed iPhone killer.

For starters, the original battery made by Samsung SDI was irregularly sized and had a flaw in the upper right corner that could cause a short circuit.

A third-party battery made by Amperex Technology was used in replacement Note 7 units, but it suffered from a manufacturing issue that could cause the battery to catch fire because of a welding defect. The company announced new and enhanced quality assurance measures to improve product safety.

Aside from Samsung’s internal effort with 700 dedicated staff testing 200,000 phones and 30,000 extra batteries, leading industry groups UL, Exponent and TUV Rheinland were commission to conduct investigations of their own in an attempt to discover what went wrong with Note 7.

Both internal and externals investigations found out that a short circuit within the original Note 7 battery (Battery A) may occur where there’s damage to the separator that lets the position and negative electrodes meet with the jellyroll.

“We believe if not for that manufacturing issue on the ramp (of Battery B), the Note 7 would still be in the market,” Samsung’s U.S. head told Recode. Additionally, the tip of the negative electrode was incorrectly located in the curve rather than in the planar area. 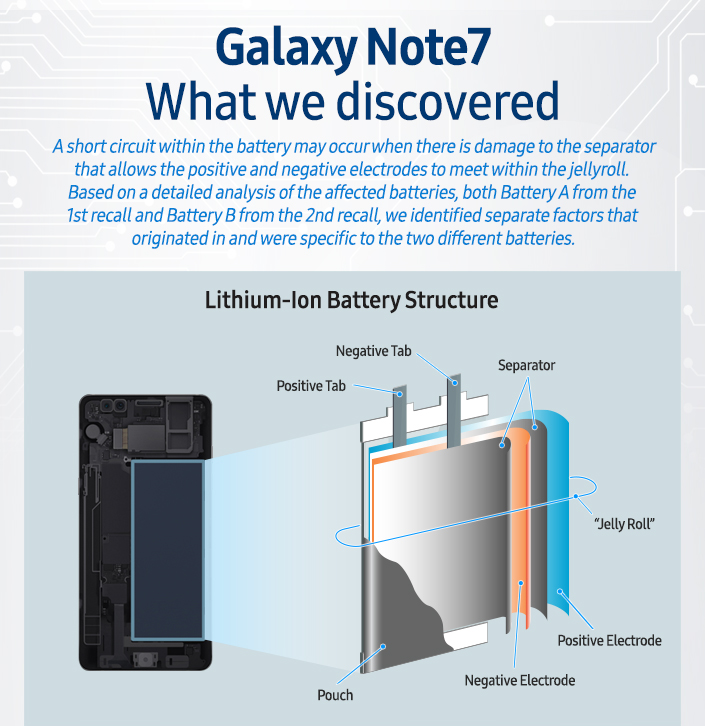 As for the secondary battery used in replacement devices (Battery B), the investigations discovered that high welding burrs on the positive electrode resulted in the penetration of the insulation tape and separator, in turn causing direct contact between the positive tab with the negative electrode.

“The odds that two different suppliers had issue with the same phone is an extremely low likelihood and may signal we have reached an inflection point in smartphone battery technology,” said Patrick Moorhead, president of technology analyst and advisory firm Moor Insights & Strategy.

“Today, more than ever, we are committed to earning the trust of our customers through innovation that redefines what is possible in safety, and as a gateway to unlimited possibilities and incredible new experiences,” said DJ Koh, President of Samsung Electronics’ Mobile Communications Business.

Samsung’s official video embedded below highlights what happened with Note 7 and what they’ve done to make sure it never happens again.

The 8-point battery safety check involves putting the batteries through “extreme testing,” followed by careful inspection by X-ray and the human eye. 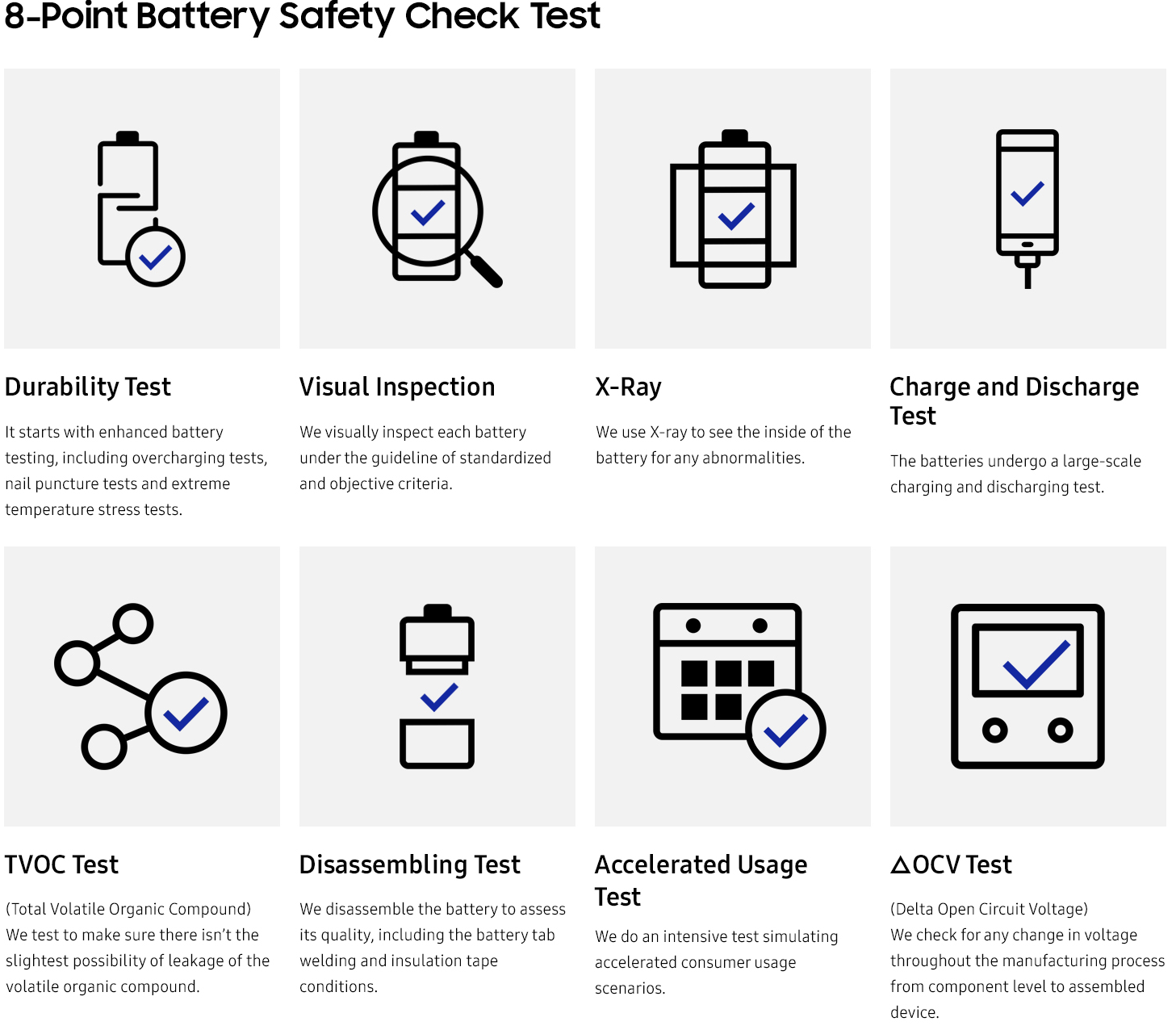 Samsung’s adopted new standards for the materials in the design of the battery: it will now add new brackets around the battery for protection and use new software algorithm for governing battery charging temperature, charging current and charging duration.

Ultimately, the troubled South Korean consumer electronics giant hopes that Note 7 fires will serve as an opportunity to improve the safety of lithium-ion batteries not only for itself but for the entire industry. The company promised to actively share the lessons learned to contribute toward improved safety standards.

Oscars 2017: See the complete list of this year's nominees