I reviewed Split just last week, but this is a movie that needs to be talked about in-depth, so it’s time to talk about it with plenty of spoilers! As always, this is presented by FatCats Gilbert! FatCats Gilbert is the best place to see all of the latest releases at the box office in style and comfort! First things first, if you haven’t seen Split, STOP READING. This is going to be a SPOILER HEAVY review, and if you haven’t seen the movie, you won’t want to know anything about it. If you’d like to check out my completely spoiler-free review, you can click right HERE, then check out the movie, then be sure to come right back here for my thoughts on the spoilers! Let’s talk in-depth about M. Night Shyamalan’s newest film, Split! 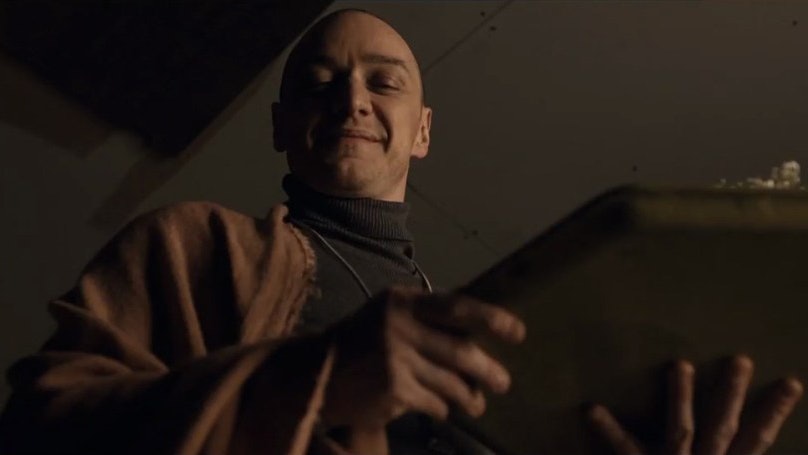 Well, I need to get something off my chest. David Dunn is at the end of this movie. Man, that feels good to say. Walking out of this movie, I really didn’t like the ending. That’s even coming from someone whose favorite Shyamalan movie is Unbreakable. I thought that it was just Shyamalan, who has been called a very pretentious filmmaker, calling the audience back to a time when he made great movies. I thought he was just trying to give us a nostalgia kick. I slept on this movie. Then I slept on it some more, then more, then more. Then I just slept for the sake of sleep. Then I realized what he was actually doing. M. Night Shyamalan was setting up an Unbreakable series, and Split was a villain’s origin story. That’s right. If we, and Shyamalan, get what we want, we’re going to see David Dunn take on Kevin Crumb and The Beast. How awesome would that be? Unbreakable is one of those movies that fans always wish had a sequel, and now we’re getting it in a grounded super-hero world. It would be like if there was a Marvel Cinematic Universe, but every single film was an indie movie and the focus was on filmmaking and crafting thrills. I’m so excited for what Split means for the future. As I think about it, the ending makes the movie click more and more, and it gives the first hour and fifty minutes so much more meaning in a bigger picture.

There are still a few things that did not work for me whatsoever. First of all, the flashback scenes with Casey didn’t fit. In fact, I thought they were the biggest misfitting aspect of the film. Shyamalan was trying to tackle something that has almost never worked for me in a film, and to no surprise, it doesn’t work. It’s tough subject matter, and while it may have built Casey’s character and shown who she really is, it didn’t click in the movie. Next, I’m not sure what I was expecting in the film, but I was a little bit let down that he turned into The Beast at the end. I’m glad he didn’t go X-Men style Beast, but I was let down. I was hoping for more of a Shyamalan surprise, and at the time, I didn’t know I was about to get David Dunn. I was still a bit underwhelmed, but the ending did solve a little bit of the problem. I love that The Beast is somewhat indestructible in the same way that David Dunn is, but had Dunn not popped up at the end of the film, a lot of what was offered up with The Beast and the fantastical elements in a believable world would have flopped. We needed Dunn to show us that the world was fantastical, then we could buy into The Beast. Finally, I don’t love that the weakness of Kevin is his name. I feel like that has been done over and over again, and if there’s one thing I don’t want from Shyamalan, it’s conventionality. Shyamalan has always given us original idea after original idea, even when they didn’t work, so I’m not used to seeing him go a conventional route.

I like Split more and more as I think about it, and I can’t wait to see what Shyamalan is going to do in the future. I think Split is going to hold up in the same way that Unbreakable, The Sixth Sense, and most of Signs does. It’s not even a movie that proves Shyamalan’s not a dud. It’s a pretty darn good movie, and it has to get you excited for an Unbreakable series. Who knows? Maybe Elijah Price comes back and teams up with The Beast to be the brains and brawn against David Dunn. We’ve been waiting for an Unbreakable sequel, and Split gives us some hope for that. It’s also a great origin story of a villain, and another great Shyamalan thriller. Have you seen Split? Hopefully you have if you made it to the end of this review, but if you still haven’t, you can see my spoiler-free review right HERE. Comment down in the comment section and let me know what you thought! As always, thank you, and keep listening to 88.7 The Pulse!

All images courtesy of  Universal Pictures