It’s time for another movie review presented by our good friends over at FatCats Gilbert on the southwest corner of Greenfield and Baseline! FatCats is the best place to see all of the latest films, and next week, you can participate in a Girls Night Out! On February 9th, for just $19.99 you can see 50 Shades Darker at 7:30 p.m. complete with two glasses of champagne, hors d’oeurves, a masquerade mask, and one heck of a time with the girls! To learn more and buy tickets, you can click right HERE! One of two major releases this week is The Space Between Us! I was actually excited for this movie, and I thought it had a funny, original premise. I like Britt Robertson and Carla Gugino, and I’m fairly sure everyone loves Gary Oldman. I’m a little bit cautious about Asa Butterfield because I think he’s talented, but he needs a good director to get the best out of him. In this film, he’s teaming up with the director of Hannah Montana: The Movie. Interesting. Anyways, let’s talk about The Space Between Us!

The Space Between Us is directed by Peter Chelsom and stars Asa Butterfield, Britt Robertson, Carla Gugino, and Gary Oldman. Gardner Elliot, played by Butterfield, is the first human to ever be be born on Mars. His birth is a bit of a controversy, and it’s kept quiet for years, but sixteen years later, Gardner has one thing on his mind: get to Earth and meet a friend he met online named Tulsa, played by Britt Robertson.

This is a surprisingly sweet movie. I think that a lot of people are going to point out the negatives of the film, but it shocked me with how much heart it had. The main driving force of that heart is the relationship between Asa Butterfield and Britt Robertson. This movie really excelled when those two characters were on-screen together, and they quickly develop this relationship of two polar opposites who simply connect. As you can imagine, coming to Earth is a pretty big shock to Gardner, and he isn’t used to the things he sees. What I loved about this movie is that it used both sides of his shock. It used the physical side for comedy, so the fact that Gardner hadn’t seen animals, planes, oceans, sunglasses, trucks, and so many things that we take for granted was very funny. It made for some great laughs that do tend to hit your heart in just the right way. The other side of his shock is the social shock. We see how the typical person acts and reacts from Britt Robertson’s character, and Gardner doesn’t follow anything society has preached for years. He does what he thinks is right in his heart. He says what he’s thinking, he appreciates things, and he expresses happiness, and it makes for a good social commentary on the way the world acts today. Britt Robertson actually has a good line in this movie that probably won’t end up as one of the great movie quotes of all time, but it completely hits the nail on the head about how society refuses to express their innermost thoughts for fear that it might just make them happier, better people. I think that’s why Gardner is such an interesting character. He defies social norms, and it makes him likable. The way he slowly sways Tulsa over to his way of thinking is really sweet. I also liked a lot of the science fiction elements of the film. I don’t know science, but science fiction might be my favorite genre of film. I don’t need my science to be completely accurate. Sure, it’s a bonus among those who do actually know, but I don’t, so if you can sell me on some of the stuff that I didn’t know, you’ll win me over. I think the film looked great, especially between the shots in space and the way it captured Gardner experiencing the world for the first time. The Space Between Us will probably tug at your heart a little bit while giving you elements of humanity as well as a small dose of believable science fiction. Honestly, a lot of the science in this film might even be factual, so if you know, comment down in the comment section and show off your sci-fi knowledge!

Where this movie goes wrong is in its consistency and narrative. This movie is an absolute mess. The first hour and a half is a very passable mess because of how much heart it had, but it still has so many sequences that don’t fit into the film. It felt like five different directors directed this film because there are so many out-of-place scenes and shots, and the movie loses its train of thought very easily. It takes a small push, then it continues down an adjacent path that doesn’t always link up with the cohesive narrative quickly, if ever. There are times where we spend way too many scenes away from the main focus, and a lot of moments will probably leave you wondering why you needed to see them or why a character acts in a certain way. So much of the film is out-of-place, and when we moved away from where we actually saw a spark, we move away to something that doesn’t fit. Next, the final thirty minutes of the film just about ruined the entire first hour and thirty minutes. Like I said, the first hour and a half was a passable mess. Then we get into the final thirty minutes and we take a turn for the worse. It went completely conventional and predictable with non-stop consecutive sequences that I could not take seriously. I wanted to be locked into the finale, but there is a definite point in the film where you can draw a near line-for-line prediction as to what is going to happen, and it is so melodramatic that I couldn’t buy into it. I even thought that Gary Oldman was a bit over-the-top in this film. Gary Oldman will never phone a role in, but he literally spaces out in this movie, and he was a large contributor the final messy thirty minutes.

Overall, The Space Between Us could have been a sweet, passable mess of a movie that you could enjoy while you had a few heart-strings tugged on, but the final thirty minutes of the film completely overshot, and they couldn’t stick the landing. It felt like multiple directors took turns directing and editing this movie. That’s how vastly different, inconsistent, and out-of-place some scenes are. I will say that it has a lot of heart, and the relationship between Asa Butterfield and Britt Robertson was something that I truly enjoyed watching. I wish we saw a bit more of that as compared to seeing a cat-and-mouse road trip movie. I thought that Butterfield and Robertson were both very good, and they counter each other really well to actually say something about how sometimes we’re scared of putting ourselves on the line in an attempt to gain happiness. I also thought the sci-fi elements were great, and I completely bought into them. It is a good-looking film with good performances and some great ideas that obviously didn’t come together as cohesively as intended. I’m going to give The Space Between Us a 4.5/10. 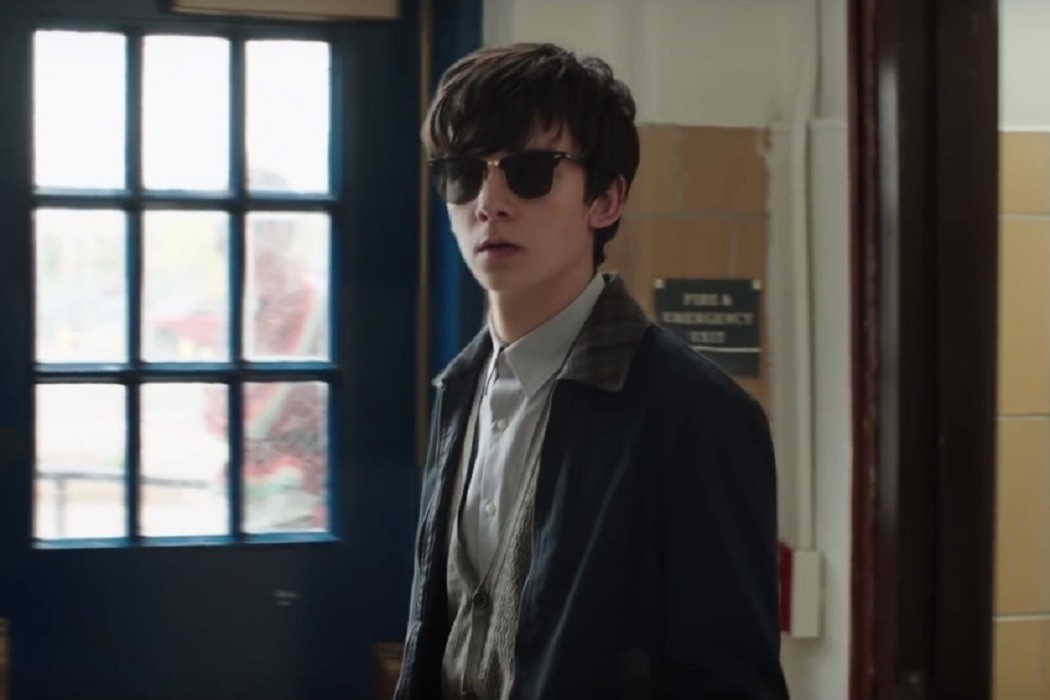 Will you be checking out The Space Between Us? Comment down in the comment section and let me know! As always, thank you, and keep listening to 88.7 The Pulse!

Tags
Movie Review The Space Between Us