It’s time for another movie review presented by our good friends over at FatCats Gilbert on the southwest corner of Greenfield and Baseline! FatCats Gilbert is the best place to see all of the latest films at the box office, and you can watch Beauty and the Beast come to life in comfortable recliners by clicking right HERE!

This is probably the biggest movie of the year so far. Actually, this is definitely the biggest movie of the year so far. Even my dad, who doesn’t typically go out to see movies unless it’s with me, told me that he was excited to see this. He doesn’t pay much attention to movie news, but even he knew that this was coming out. This tale is as old as time, and just about everyone loves it! The original animated movie was the first animated film to ever be nominated for Best Picture at the Oscars, and it deserves it for the story. This is a fantastic story that is universally loved, and I thought the casting was perfect. I was lucky enough to see the movie, so let’s talk about 2017’s live-action iteration of Beauty and the Beast!

Beauty and the Beast is directed by Bill Condon and stars Emma Watson, Dan Stevens, Luke Evans, Ewan McGregor, Josh Gad, Ian McKellen, Emma Thompson, Stanley Tucci, and Kevin Kline. Belle, played by Watson, is a bit different from the rest of the girls in her village. To the muscular hunter Gaston, that makes her all the more attractive, and the entire town can’t help but notice how beautiful she is. When her father leaves to bring her an annual rose, he doesn’t return. Belle decides to head out and find where he is being held, and she comes across a massive, ferocious, hairy beast. She decides to take her father’s place as the Beast’s captive. After just a bit of time, she learns that there is much more to the Beast than meets the eye, and she may be the one who can reverse a terrible curse that has been cast upon him and his friends. 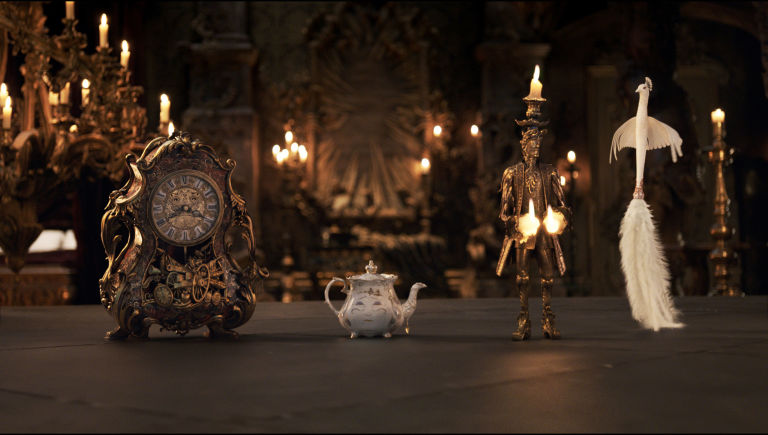 I’m so excited to talk about this movie because I absolutely love this story. I think that this is one of the most meaningful and magical stories Disney has ever created. Yes, we’ve seen it before, but you have to love the characters of Belle, Beast, Lumiere, Gaston, Cogsworth, and the rest of the crew. These might be your stereotypical characters, but they have so much depth both physically and emotionally. On top of the fact that they literally have the human characters underneath their outer shells, they also have amazing relationships and qualities that make them relatable and likable. Next, this movie has perfect casting. Every selection is perfect starting at the top with Emma Watson as Belle. Belle doesn’t just need to have the obvious beauty that the title tells us. She also needs a huge screen presence that draws your eye toward her. Emma Watson has that. She also has an illuminating personality and carries herself the way that you would expect a strong female character to. She doesn’t conform and listen to what Beast says simply because he is strong and powerful. She is her own character, and I think it’s important for us to see that. Luke Evans also perfectly nails the bravado and the pretentiousness that is Gaston. He’s physically built and strong, but he also has a larger-than-life personality that sets him aside from the rest of the characters in the film. I would also be surprised to see this movie not be nominated for an Oscar for Best Costume Design and possibly Best Makeup. All of the costumes were very well-designed and completely sucked you into this world. They did their job of making the audience buy into this setting and this time period, and they’re all so visually appealing and transformative. This movie also looks great visually. It has great production design and visual effects. I was a bit worried about the CGI coming into the film because the trailer made Beast look a bit silly, but it worked for me in context, and the visual design of the castle, the village, the forest, and all of the characters was fantastic! To sum it up, I just think that this story is pure magic, and it’s everything I could have asked for from a live action version of the animated film. 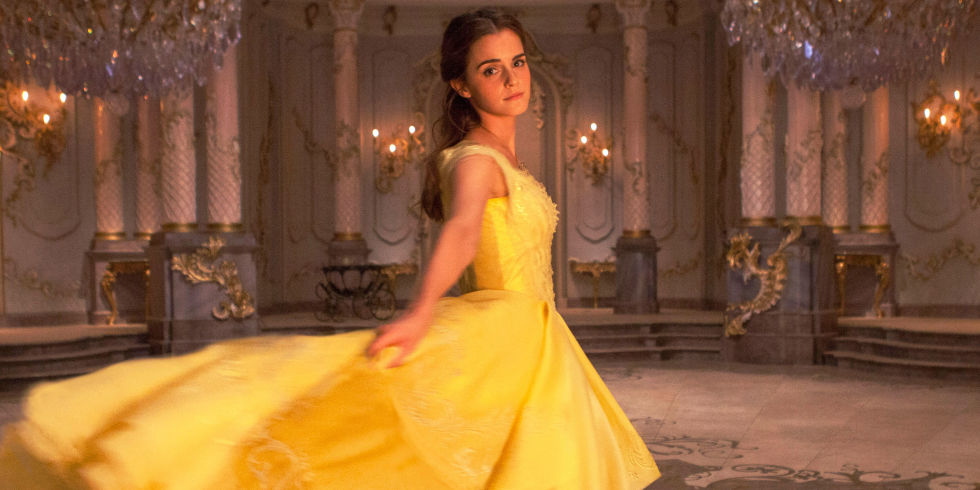 Though I liked the film, I still think that it’s just good, not great. My main problem is that so much of the film feels choreographed. I felt like I was watching a middle school or elementary school play because everything is so rehearsed. The way characters physically interact is extremely mechanical. For example, early on in the film, when Belle is rejecting Gaston, Gaston grabs Belle’s dress. It doesn’t look like he is actually wanted Belle to stay near him. It looked like the director told Luke Evans to grab her dress, then it was rehearsed hundreds of times, then they used a take where Evans was legitimately sick of grabbing Belle’s dress. Much of the film is like this, and I could probably go on and on about specific scenes that feel rehearsed and forced. I especially felt this in the musical numbers. They felt rehearsed, but they also felt like the actors were sick and tired of singing. It takes me out of a musical when it’s obvious that the actors aren’t singing, and this is one of those times. The main characters always look great, but some of the extras are expressionless and hollow.

Overall, fans of the original film and this magical story will probably love this movie. I liked it a lot simply because the story is great, it plays on nostalgia, and the characters are amazing. There are so many times in which nostalgia comes up and slaps you in the face such as when Lumiere sings “Be Our Guest” or when Belle and the Beast dance in the ballroom. I enjoyed the heck out of the movie, and it sucked me in because of the amazing production design and costume design. I’d be surprised to see this one left out at the Oscars for Best Costume Design and possibly Best Makeup. Every performance is great and perfectly suits these characters, and visually, this movie is as beautiful and well-done as you can ask for in a live iteration of Beauty and the Beast. My problems didn’t detract from my enjoyment of the film, but there are times where scenes feel very rehearsed almost like a middle school play. It feels like these actors are forcibly trying to recreate certain actions as compared to letting things happen naturally. Beauty and the Beast keeps the magic that the animated film gives us while spinning perfect casting, costume design, and production design together to bring this story to life. I’m going to give Beauty and the Beast a 7.5/10.

Will you be checking out Beauty and the Beast? Comment down in the comment section and let me know! As always, thank you, and keep listening to 88.7 The Pulse!

Before I Fall Movie Review