It’s time for another movie review presented by our good friends over at FatCats Gilbert on the southwest corner of Greenfield and Baseline! FatCats Gilbert is the best place to see all of the latest summer blockbusters in style and comfort. With Recline-N-Dine seats, you don’t even have to leave your recliner to enjoy delicious pizza, wings, chicken tenders, fries, and more!

Now anytime an A24 movie comes out, I have to get excited. A24 probably has the most consistent tract record over the past few years. No other studio is consistently putting out quality after quality after quality the way A24 is. They may not be able to compete in the budget and financial department, but they easily compete in the quality and passion department, and they’re coming off their first ever best picture winner in Moonlight! To a certain extent, you have to appreciate the smaller movies more for that exact reason. They don’t have the budget to wow audiences with visual effects and explosions. Most of the visual beauty is in the artistic vision of the directors and cinematographers. Let’s see if It Comes at Night matches A24’s high standards!

It Comes at Night is directed by Trey Edward Shults and stars Joel Edgerton, Christopher Abbott, Carmen Ejogo, Riley Keough, and Kelvin Harrison Jr.. A disease has spread throughout the world, and only those who will do anything to survive have lived. Paul, played by Joel Edgerton, and his family have hidden out in a house deep in the woods where they have full control over their daily routine as well as who, and what, enters and exits their house through the only door. When a stranger named Will, played by Christopher Abbott, stumbles upon their home in search of water, Paul must decide if his presence will help his family or hurt their chances of living through the day. 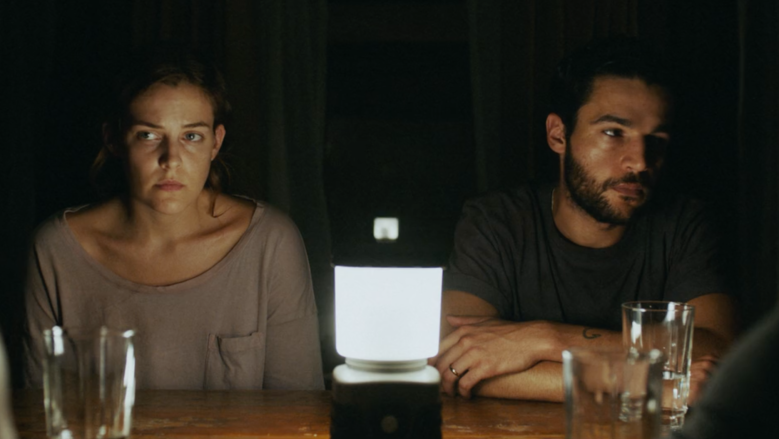 I want to start by saying that I didn’t pay attention to most of the marketing for this movie. After hearing that every trailer following the first one gives many misconceptions about the film, I stayed away. That being said, I really, really liked this movie. Trey Edward Shults really impressed me with everything he did in this movie. I absolutely adored the way this story world was put together and set up. Much of the horror of this movie comes from the way that he uses his eerie atmosphere. I felt claustrophobic during the entirety of this film due to how the shots were constructed in such an unconventional way. Edward Shults mixes a lot of handheld shots with very precise rigged movements, and it creates this feeling that we’re right inside the house with these people in the same state of panic. I was never allowed to fully relax, even in the scenes where the reigns are slightly loosened. My senses were heightened, and I felt a general unease about every action each character performed, which is exactly what I should have felt by being sucked into the story world. I was also very impressed by the way Edward Shults controls his audience. He has complete control over what we’re looking at through his shot composition, his lighting, and his framing. Yes, production design is as good as it needs to be for this setting, but Shults commands our eyes to follow exactly what he wants maybe with a singular light or coloration and symbolism. I found this exceptionally effective through the one red door. Let’s go back to another one of my favorite horror films of the 2010s, It Follows. In It Follows, a character tells another character to never enter a room with only one door. That one door will control your ability to be free, and tightening the ropes on your decision-making is terrifying. Next, I loved the characters. We see the true nature of people at two times. First, we see it when they’re alone. Second, we see it when they’re in danger. We see these characters at their breaking points, and we see the distances they will go to achieve simple pleasures or life as well as what they will do to protect their loved ones. I was genuinely scared to see a character go, and there wasn’t one expendable person. Even the first five minutes ripped me to shreds, and you see how much this family values their relationships with each other. I think It Come at Night is the perfect example of how love can create a sense of horror. With love comes the terrifying reality that love can be broken. Love can be taken away. I loved that this film took this route and showed just how scary hysteria, mistrust, and fearing others and external forces can be. Real fear is often based on the masses and hysteria, and this movie showcases that while staying contained with our small amount of characters and one single setting. I also can’t skip out on mentioning the performances. To me, the standouts are Edgerton, Abbott, and Harrison Jr.. We explore these three the most, and we see the world through their eyes. A lot of perspective is used in this film, and seeing the lengths these characters will go to in order to feel love and humanity really drove the story for me.

As far as issues with the film go, I think a lot of people will dislike the way a lot of questions are left unanswered. There is a lot of ambiguity, and there is a lot left up to choice. I think it will disappoint a lot of people due to the fact that it sets up this sense of fear and uncertainty, then never addresses it. There are no reveals or “aha moments” despite perfectly setting up the possibilities of those moments. If you like movies that never come back to moments that are slightly off, you will probably like It Comes at Night, but it does remain vague in certain areas that don’t set you up to make your own decisions. Things happen, then they are left alone. 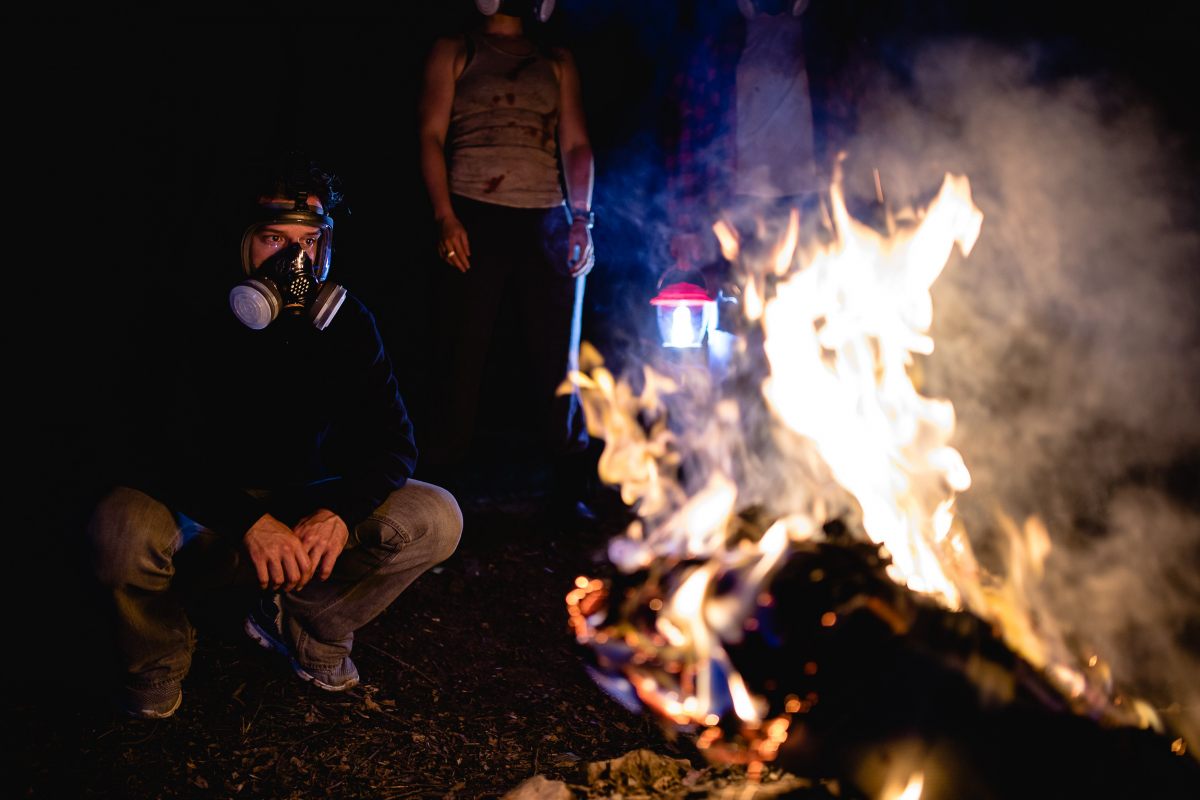 Overall, It Comes at Night is extremely well acted and directed. It looks beautiful, and the way Trey Edward Shults sets up this story world leaves the audience uneasy. The camerawork and storytelling both create this claustrophobic atmosphere, and I felt as though I was right there with these characters. I pulled up a chair and sat with them at the dinner table. I also love how it addresses real fear as inconsistency, hysteria, and mistrust. It takes on the idea of fearing the unknown, and it leaves many pieces up for interpretation. It will never please audience members with the “aha moment” that connects certain lines together, and it will never fully address inconsistencies or solve issues that mainstream audiences will want solved. It can be frustrating in that way, but it’s really an uneasy character piece that will pull out all of the real terrors of humanity. I’m going to give It Comes at Night a 8/10.

Will you be checking out It Comes at Night? Comment down in the comment section and let me know! As always, thank you, and keep listening to 88.7 The Pulse!