Its time for another movie review presented by our good friends over at FatCats Gilbert on the southwest corner of Greenfield and Baseline. FatCats Gilbert is the best place to see all of the latest box office juggernauts including the brand new Michael Bay film, Transformers: The Last Knight! To see showtimes and to purchase tickets, you can click right HERE!

Well, here it is. Id love to sit here and say that Im a huge fan of the Transformers franchise. Trust me. I want nothing more than to tell you that Transformers might be the best franchise of all time both financially and quality-wise, but I cant. Well, there are a few things I want more, but thats beside the point. Michael Bay busts his tail putting together movies, and they always look great, but they have zero substance to them. Actually, hes coming off what I think is his best film since The Rock with 13 Hours: The Secret Soldiers of Benghazi, so I had a little bit of hope, but hes in his wheelhouse with a respectful military movie. He’s allowed to go crazy with Transformers. Let’s see if he gave us another empty installment in the historic franchise or mixed things up and gave fans what they want!

Transformers: The Last Knight is directed by Michael Bay and stars Mark Wahlberg, Anthony Hopkins, Laura Haddock, Josh Duhamel, and Isabela Moner. Three paragraphs in and things are already starting to get hazy. It’s not usually a good sign when I struggle to tell you what the movie is about, but I’ll give it my best shot. Optimus Prime has left Earth to return to Cybertron leaving the remaining Transformers in defense-mode against the humans. With Cade Yeager, played by Mark Wahlberg, at their side, they team up with whoever Anthony Hopkins plays and an Oxford professor to save the Autobots and the world. 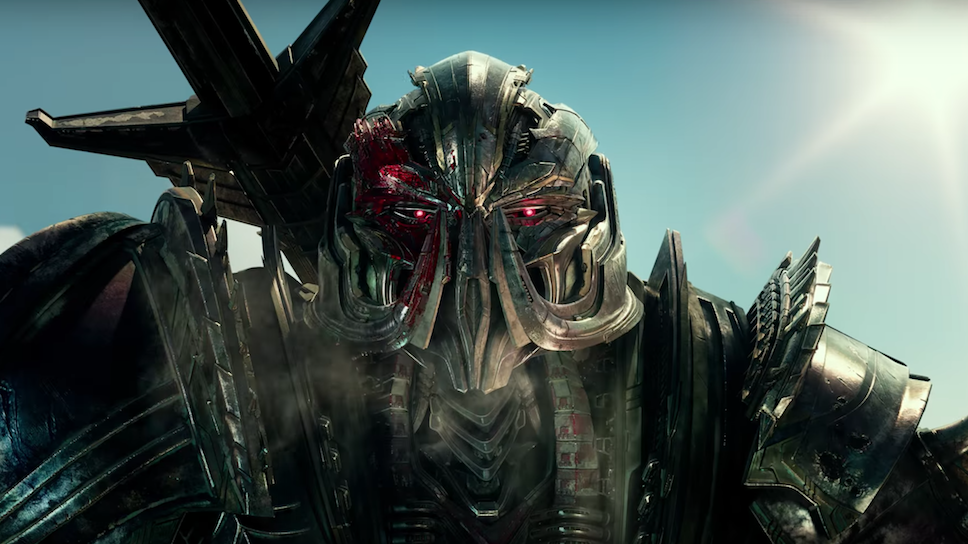 Let’s get this part out of the way. Mark Wahlberg is charismatic and is a productive character, the visual effects are great, and I liked some of what the movie did with explanations of King Arthur mythology. After that we enter a vast wasteland of standard Transformers issues. There are franchises out there that listen to their fans. A movie is made, the fans respond with things they did and did not like, and the studio fixes the issues for the next go-round. Transformers is not one of those franchises. This is the same formulaic blockbuster you’ve seen four times now. There’s no reason to expect anything different given that they’ve racked up almost four billion dollars worldwide doing that exact thing, but I tried to stay optimistic. Why do we still spend so much time focusing on humans? This shouldn’t even be called a Transformers movie. It should be “Cade Yeager and Co. feat. Transformers.” They aren’t main characters anymore, and the entire story surrounds the humans. Maybe it wouldn’t be so bad if I actually cared about the humans, but I don’t. There’s nothing to them. With two movies and well over five hours of character development for Cade, I’m finally starting to come around to him a little bit, but none of these characters sell as humans. They sell as devices used to push the nonexistent story forward. I could not tell you the name of the character Anthony Hopkins plays or the Oxford professor who, let’s be honest, is only involved in this story because we wouldn’t have a stereotypical Transformers-girl if she wasn’t. It takes forever to get to some decent Transformer action which is all I really want out of these movies. The first two hours are almost entirely human interaction with the Transformers used for bad comedy. Until the finale, you get distant standoffs where one Transformer fires a missile at another, then runs away. You also get the Optimus/Bumblebee fight that was promised in the trailers, but there are no stakes to those fights. There are no stakes to any of these fights, so how am I supposed to get emotionally invested through the possibility of losing one of the characters I like? 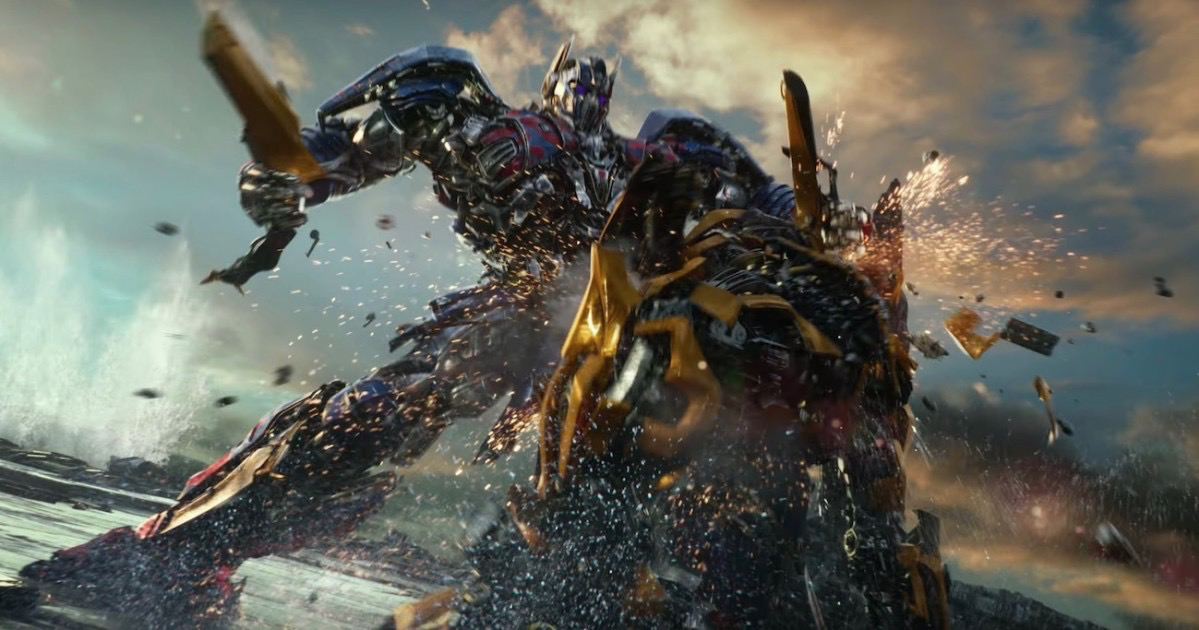 Once you get past the flat and incoherent, overblown story, it also rehashes a lot of the technical issues that I’ve had with Transformers. It truly feels like whoever edited this movie was trying to burn through every ounce of material they had as fast as possible. Few shots last more than a couple of seconds, and every scene has dialogue boiling over. Other than continuity issues with editing, which are running rampant throughout, it’s so fast-paced and never gives you a moment to gather what’s happening and allow the events, emotion, and dialogue to resonate. It keeps going and keeps going and keeps going and never stops to reflect on itself. A character will state that the group needs to go to a certain place. Then, boom. Cut to the characters at that place. It also continues to cut back to a certain character who is a staple in Michael Bay movies. He’s the guy who has nothing to him, and the audience has no idea who he is, but he sure is important because of his scientific knowledge of stuff. Really he’s just there to provide exposition and give a dumbed down explanation of what’s about to happen or what could happen, but he’s also important because he gives mathematical and scientific suggestions. This character is in every Michael Bay movie, and it’s annoying when he’s on-screen. Bay also does something with the aspect ratio in the finale of the movie where it changes for no particular reason. I’d love to hear an explanation on that one because if it’s justified then I guess it doesn’t bother me, but if there’s no reason for it then it just took me out of the most intense scene in the movie. Finally, I’m pretty sure Michael Bay and Paramount saw Suicide Squad last year and decided to take a few pieces from it. As a whole, I enjoyed Suicide Squad, but it definitely has serious issues, and this movie uses the elements with issues. The villain is so similar to the Suicide Squad villain from a depth perspective and an action perspective. It’s a lady with a deep voice who does a funny Macarena-like dance that makes her invincible. She doesn’t really do anything other than stand, dance, and sound scary. It also has a choppy introduction scene to some of the Decepticons that tries its hardest to use comedy, but it just doesn’t work. It made Megatron, the big-bad of the franchise, a relatively weak and useless character. I can’t say that I’m disappointed because this is what I expected, but it still makes me take a step back and realize that these movies are still popping up in theaters because we plug billions of dollars into the franchise. 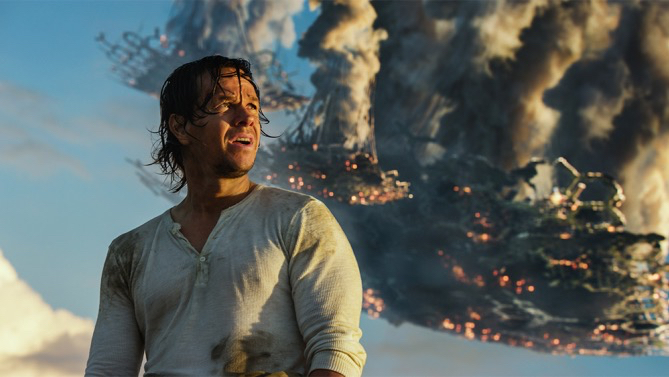 Overall, Transformers: The Last Knight is exactly what I expected but didn’t hope for. The review embargo for when reviews can go live literally lifts when the public on the east coast can see the movie. That should speak for itself. It’s the same bloated, oversaturated nonsense we’ve seen in the rest of the franchise, and it takes so long to get to the Transformers action that fans want out of the franchise. I’d probably say that your average movie clocks in at about an hour and forty-five minutes long. Transformers: The Last Knight takes roughly two hours to see anything that isn’t governmental gibberish, incoherent storytelling, or flat human interaction. With a terrible villain, out-of-place comedy, and some of the most jarring editing you’ll see all year, this movie gives us the same thing we’ve already seen four times while somehow managing to leave me wondering what happened. It’s arguably the worst, and only has a bit less racial stereotyping than Revenge of the Fallen. I just want this review to be over, so I’m going to give Transformers: The Last Knight a 2/10 and call it a day. 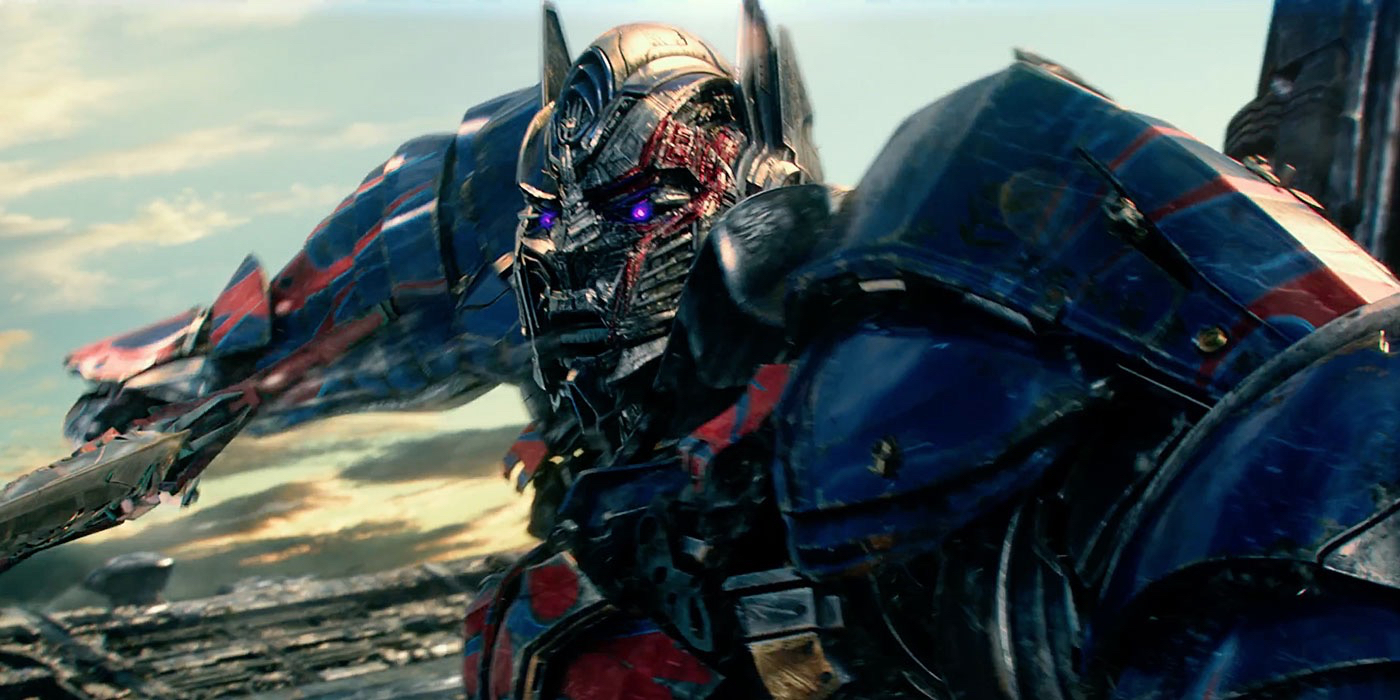 Will you be checking out Transformers: The Last Knight? Comment down in the comment section and let me know. As always, thank you, and keep listening to 88.7 The Pulse!

The Way Back Movie Review

The Way Back Movie Review