It’s time for another movie review presented by our good friends over at FatCats Gilbert on the southwest corner of Greenfield and Baseline! FatCats Gilbert is the best place to see all of the latest box office hits like Jumanji: Welcome to the Jungle, Pitch Perfect 3, and Star Wars: The Last Jedi! To see all showtimes and to purchase tickets, you can click right HERE!

By my count, I’m going to do my best to have ten different reviews up as soon as I possibly can, so onto the next one, Pitch Perfect 3. This wasn’t a movie I was seriously looking forward to. I enjoyed the first two, but I probably wouldn’t be lining up to see this on opening night because I was expecting something very similar to the last two. I do like Anna Kendrick, and after The Edge of Seventeen I’ll always be excited to see Hailee Steinfeld, so it had a few positives already. I was hoping to rack up a few more by time the movie was over! 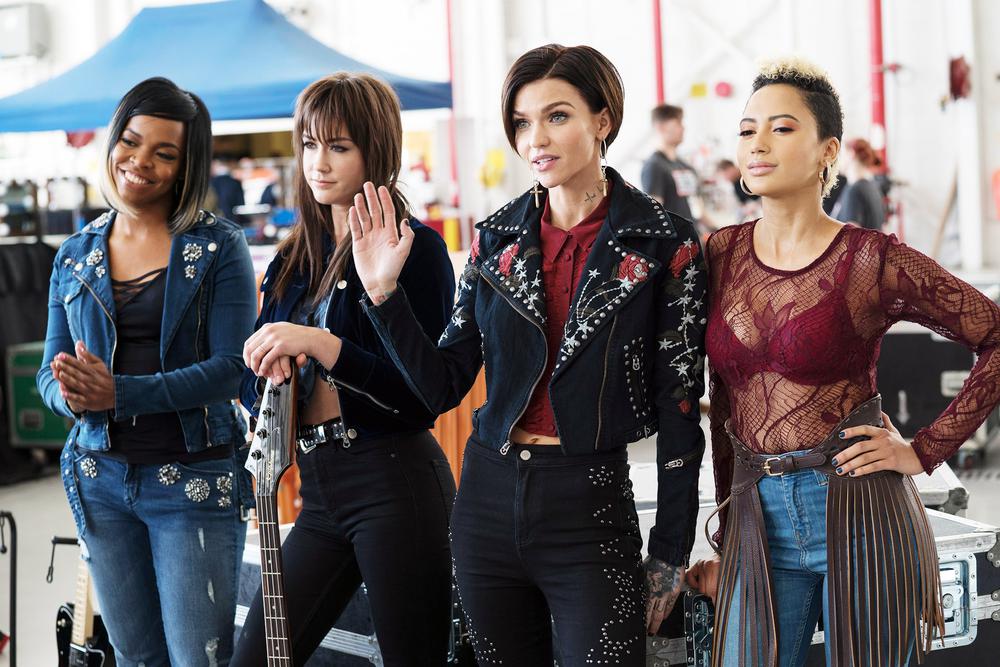 Pitch Perfect 3 is directed by Trish Sie and stars Anna Kendrick, Rebel Wilson, Brittany Snow, Anna Camp, and Hailee Steinfeld. When the Bellas get back together for a reunion they realize that there might not be many opportunities to sing together anymore. Not wanting to lose their second family, they join a competition singing for the military where they have a chance to open for a major star, but this time they’ll face musical groups unlike any others they’ve ever faced.

If you’re the world’s biggest Pitch Perfect fan, I want you to stop what you’re doing right now. Spit out whatever you’re chewing, pull over to the side of the road, or press pause on your marathon of the first two movies. Now go to your computer and preorder tickets for the first 7:00 showing tomorrow night because Pitch Perfect 3 is going to give you exactly what you want. I didn’t have high hopes for this movie. Like I said, I enjoyed the first two, but it’s not like I loved them or couldn’t wait for a third one. I actually ended up enjoying this one as well, and I think that if you enjoyed the first two, you probably will as well. It has the same heart that the first two have, and I still buy into the sisterhood of the Bellas. The performances are solid, and I think that after three movies together, this cast has formed a real bond beyond the characters. They look like they’re having a great time acting in this film, so I couldn’t help but sit back and enjoy the ride. I laughed more than I thought I was going to, and a lot of the comedy comes from just how much this movie is willing to push the envelope. It seems like every single time one of the characters says something that goes beyond the line, it works as a comedic moment. I also liked the music. If you didn’t like the music in the first two, I would hesitate to send you out to see Pitch Perfect 3, but if you did, you’ll probably like the music and the new take on the competition.

I do think that a lot of the fun and sweetness comes at the expense of story. There’s a little bit of a difference between being self-aware and coming up short. It’s a very fine line that could almost fall either way sometimes. I think that Pitch Perfect 3 didn’t quite know where that line was, and some of the story came across as self-aware in the wrong way. Early on in the film, one character has a line of pure exposition, and the following line has a character calling that out. Just because the movie acknowledges that there was an issue with the story doesn’t make it a non-issue. There are multiple times in which that happens, and it never came across as something that patched the issue for me. There’s also a subplot in this movie that I didn’t see coming that felt very shoehorned in. I think that the movie was trying to go bigger and have a narrative difference from the first two, and it didn’t quite work for me.

Overall, this movie is enjoyable for what it is. If you’re a fan of the first two, this one is probably worth a look, and it’ll give you an hour and a half of entertainment. The chemistry among the cast is the best it has been in the entire series, and I couldn’t help but flick my brain off and enjoy the movie along with the cast. I still think that there’s a lot of heart through the Bellas, and I laughed more than I expected to, mostly from dialogue that comes out of nowhere and has a character saying something way out of line. If you know what you’re getting into, you’ll probably like the movie, but if you go in expecting more than you should, you’ll probably think that it’s a mess. The marketing hasn’t led us astray, and the first two movies tell us exactly what we were going to get with this one, so please don’t go into Pitch Perfect 3 with the same mindset you went into Star Wars: The Last Jedi with. That wouldn’t end well for anybody. I’m going to give Pitch Perfect 3 a 5.8/10.

Will you be seeing Pitch Perfect 3? Comment down in the comment section and let me know! As always, thank you, and keep listening to 88.7 The Pulse!