Taylor Swift has shared her new music video for reputation’s “End Game” featuring Future and Ed Sheeran. Watch the clip below. The new video was filmed in various international locations, including London, Tokyo, and Miami.

It follows her visuals for “Look What You Made Me Do” and “…Ready For It?.” While Swift’s 1989 follow-up was initially released for purchase only, it was added to streaming services three weeks later. The singer-songwriter will be touring North America behind the record beginning in May. 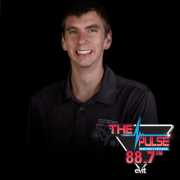