It’s time for another movie review presented by our good friends over at FatCats Gilbert on the southwest corner of Greenfield and Baseline! FatCats Gilbert is the best place to see all of the latest box office hits including Avengers: Infinity War! To see all showtimes and to purchase tickets, you can click right HERE! 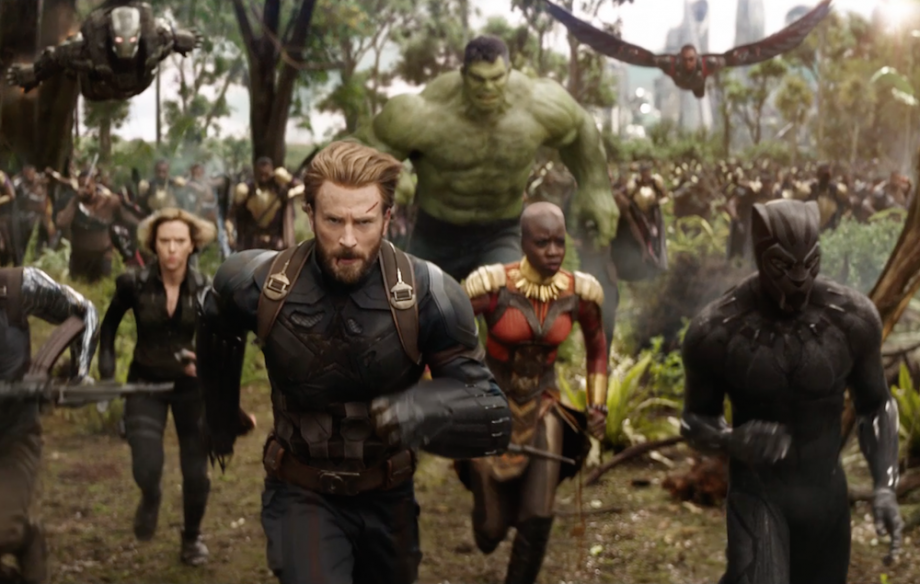 If there has ever been a movie review that needs no introduction, it’s this one right here. Avengers: Infinity War has been working on a perfectly great introduction for the past ten years, and this movie is the culmination of the most dominant box office franchise in history. We’ve been waiting since Iron Man in 2008 for the entire universe to come to a head with Infinity War, and it’s finally hitting theaters this Friday, so let’s talk about it! I do want to stress that this review will be completely SPOILER-FREE. If you haven’t seen the film yet, or even if you have, please feel free to continue on without having the twists and turns of the plot revealed.

Avengers: Infinity War is directed by Joe and Anthony Russo and stars Josh Brolin, Robert Downey Jr., Chris Hemsworth, Chris Evans, Chadwick Boseman, Mark Ruffalo, Scarlett Johansson, Chris Pratt, Zoe Saldana, and many, many more of the galaxy’s mightiest heroes. The Avengers have fended off plenty of threats to humanity in their day, but their biggest test comes to Earth in the form of The Mad Titan Thanos and his Infinity Gauntlet, a powerful glove designed to harness the power of all six Infinity Stones and make the owner the most powerful being in the universe.

Infinity War is the first half of everything that the Marvel Cinematic Universe has been building up to for the past ten years, and it doesn’t disappoint in the slightest. I’m blown away by what the Russo brothers were able to accomplish with this many characters, and they’ve put together possibly the most emotionally draining Marvel movie yet. It all starts at the top with Thanos. Thanos is, hands down, the best MCU villain we’ve ever had. Move over Loki, Killmonger, and Falcon. Thanos and his Infinity Gauntlet have come to dominate this franchise. I’d go as far as saying that this isn’t even an Avengers movie. This is a Thanos movie, and it dissects his motivations and his philosophies, and I actually understood them. I disagree with the methods, but I get the madness. He’s also terrifying. He has an incredible line early in the movie that, again, I won’t spoil, but it sets the table for the entire film from beginning to end, and it creates the stakes that follow. It instills true fear for the lives of our heroes, and it never lets up. The movie never backs down from those stakes, and I appreciate the guts that it takes to assemble, pun intended, a movie like Avengers: Infinity War. Thanos also looks spectacular. Without trying to be the guy who compares DC to Marvel, Thanos is easy to compare to Justice League’s Steppenwolf from a visual perspective. Whereas Steppenwolf appeared more like a mechanical video game character, Thanos appears real. He has human features and imperfections in his facial structure, and I was completely sold on his existence in this universe. 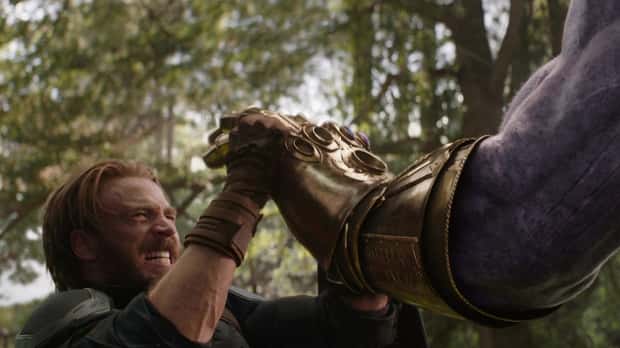 I also loved the heroes in the movie. Infinity War is jam-packed with characters, and the focus is obviously kept away from one singular hero or even a few different heroes, but each protagonist gets the chance to have at least one moment that worked very well for me in the context of the story. Whether it be in an action sequence, a scene of dialogue, an interaction with an old friend, an interaction with a new acquaintance, or any other way that his or her power or personality is showcased, just about every Avenger, Guardian, and Marvel hero gets a chance to steal a moment. Just as you can probably imagine, a lot of those moments send goosebumps and chills down your spine. Though some of the chills may be attributed to expectations and norms set over the course of ten years, many come because of the way the film perfects the tone of each scene and edits the narrative to be as cohesive as this cinematic equivalent of a nuclear explosion could possibly be. Nineteen films into the franchise, we have a good grasp on each character’s personality and motivations, so when the tone is so fluid and can change to match the gravity of the situation, we feel the weight.

I also think that Infinity War hits the emotional notes perfectly. Certain relationships in this movie absolutely broke me. I won’t get too deep into which relationships those are, but one in particular shattered me, and it wasn’t the one that I would have expected. That leads into another thing that I loved about the film which was how it was so shocking. For example, I enjoyed Doctor Strange for what it was, but at no point in the film was I left in awe or surprise by the story. That’s not the case with Infinity War. I was in constant awe, and the way the film is able to tie the surprises to the emotional moments is one of the biggest reasons that Infinity War will emerge as a top five, battling for top four, MCU movie, in my opinion. 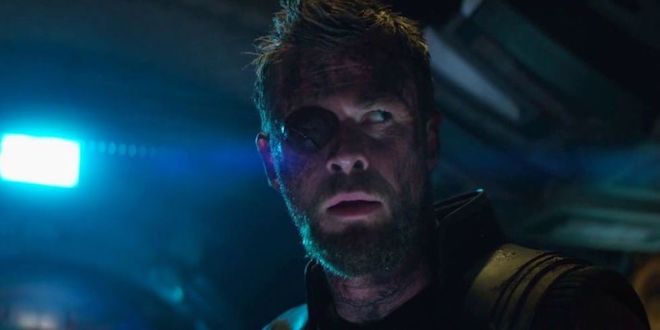 As much as I loved the story, I do think that’s where one of my issues with the movie lies. It’s not a huge issue, and I think that the Russo brothers did an excellent job of pulling off the balancing act, but there is so much happening in this film that it can feel a bit overstuffed and convoluted in each piece’s connection to the others. Realistically, after eighteen other superhero movies stacking hero depth on top of more hero depth, I didn’t go into this movie expecting it to be a character study of sixty-something characters. It nailed Thanos, and my predisposed affection for the heroes that began ten years ago took over in the context of the story. My only other issue with the film is with the superhero decision-making process. I understand that superheroes are characters of action, heart, bravery, and selflessness, but some of the decisions made by characters seemed as though they were only made to conveniently forward the overarching narrative as compared to forwarding a character.

Overall, Avengers: Infinity War is everything that I could have hoped for and more. Thanos is easily the best villain we’ve seen in the MCU, and I’d argue that he’s in contention for best character, even amongst the protagonists. His motivations and perceptions are so beautifully illustrated, and his character makes so much sense. I disagree with his methodology, but his commitment to his philosophy at least made me step back and wonder if his endgame was justifiable. He also looks perfect, and I bought him, not just as a character, but as an emotional, human-like entity that can bring the best out in each character. The heroes, as could be expected, were great, and getting to see each one have a special moment or get a chance to interact with a new character sent chills down my spine. It’s a surprising, emotional journey, and it gave things that I didn’t know I wanted. In fact, I still don’t know if I want what I was given, and to have such an emotional response to almost every scene in the film is yet another testament to the storytelling abilities of Anthony and Joe Russo. I’m going to give Avengers: Infinity War a 9/10. 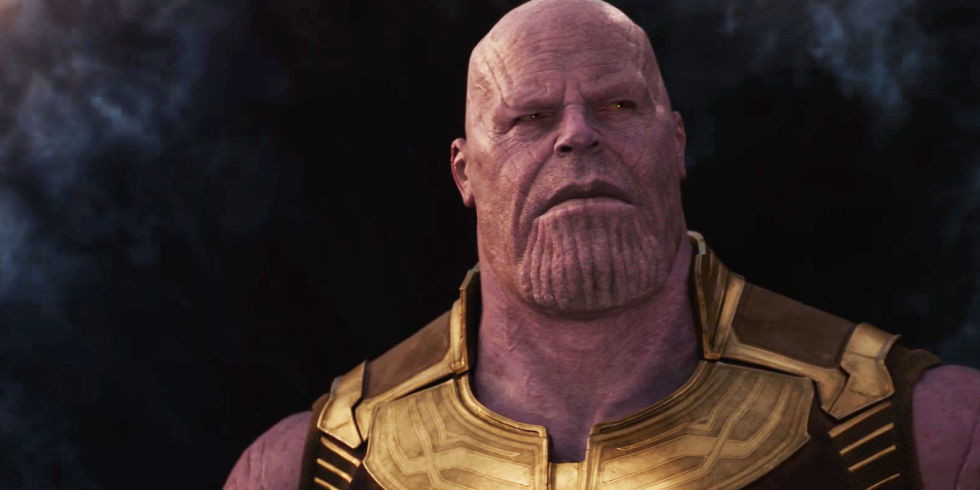 Will you be seeing Avengers: Infinity War? Who am I kidding? You probably are, so comment down in the comment section and let me know when you’re seeing it or what you thought of it! As always, thank you, and keep listening to 88.7 The Pulse!

What schools will be closed on Thursday and beyond during the #redfored teachers strike in Arizona?