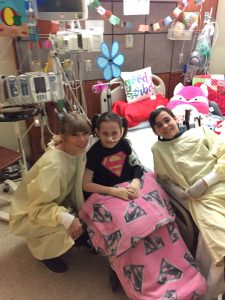 One devoted 8 year old Swiftie named Isabella McCune would have went to the Grammy winner’s concert this Tuesday in Glendale, but couldn’t leave the hospital.

She was severely burned on St. Patrick’s Day after a fire pit explosion has kept her in the hospital since March. In the seven weeks since Isabella’s nightmare began, the courageous child has underwent 11 surgeries, including skin grafting on half of her body that was burned.

Swift surprised the super-fan Saturday by spending some time with her and her family while taking a break from rehearsals in Glendale for the Reputation Stadium Tour. Swift brought her a swag bag of goodies from the upcoming tour, according to her Mom Lily McCune as told to People.

The little girl had no idea Swift was coming to say hi.

According to AZ Central, McCune made a video to Taylor the week prior to Swift’s concert expressing her disappointment that she won’t be able to see the singer on her Reputation Tour on May 8.

In the video, the little girl credited Swift’s music for helping her get through the pain of her daily bandage changes and asked the chart-topping singer to stop by the hospital.

Reportedly, the “Delicate” singer became aware of Isabella’s story because of her video going viral on social media, and all the attention it was getting.

Swift, who has been known to be very involved with her fans, showed up in a yellow hospital gown to surprise her young fan and admitted she was honored that her music helped her.

Swift took pictures with McCune’s family including her Mom Lily, Dad JD, and brother Zachary, even pausing a moment to pose with hospital employees. 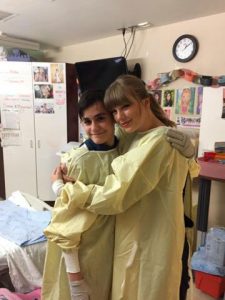 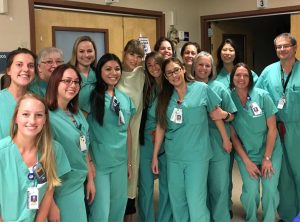 Swift tolf McCune that once she was healed, she could visit the tour anytime she chose.

Swift’s Reputation Tour in support of her latest album kicks off here in Phoenix May 8th and concludes in November.

The worldwide superstar said she will perform 10 songs from previous releases on her tour while adding new music from Reputation.

Charli XCX and Camila Cabello will be opening for Swift during the tour.

Las Vegas visitors dwindling due to greed despite glitz and glamour