It’s time for another movie review presented by our good friends over at FatCats Gilbert on the southwest corner of Greenfield and Baseline! FatCats Gilbert is the best place to see all of the latest box office hits like Ocean’s 8, Deadpool 2, and Avengers: Infinity War! To see all showtimes and to purchase tickets, you can click right HERE!

The hype for this movie was absolutely over the moon. It has actually been seen by many people who were lucky enough to see it at festivals, and the buzz was unlike anything I’ve seen in my time writing reviews for horror movies. It was being called this generation’s The Exorcist and one of the scariest movies ever, so I wasn’t completely sure what to think. I tend to believe that expectations have a huge impact on how we perceive movies, and given that very few movies in history actually live up to the hype surrounding them, I try to stay somewhere in the middle when I see movies. Obviously I’m a human, so I can’t always erase what I’m feeling before a movie, but I try my best. I’m also not a huge horror fan. I love well-made horror movies, but I don’t get my adrenaline high from movies with dozens of jump scares. Hereditary definitely falls into one of those two categories. 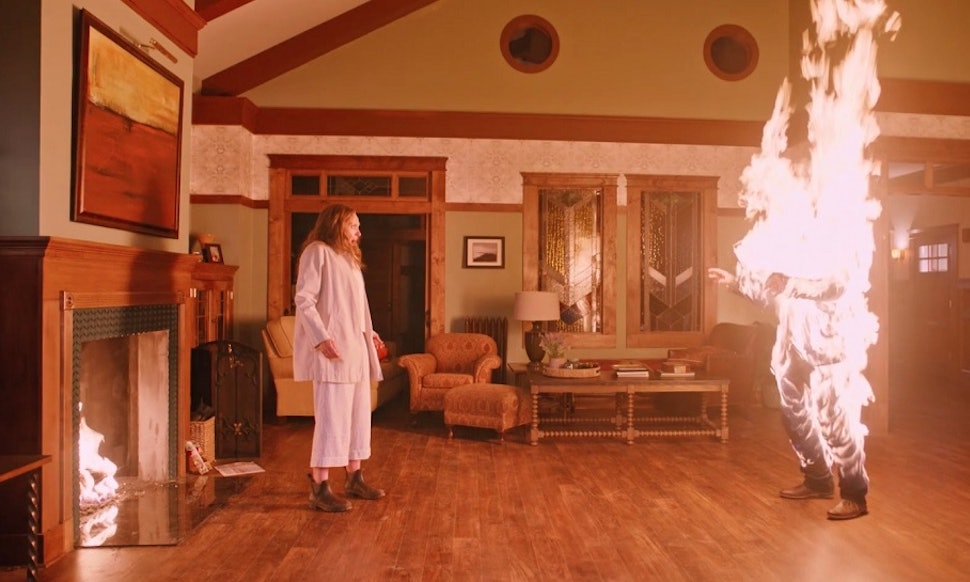 Hereditary is directed by Ari Aster and stars Toni Collette, Gabriel Byrne, Alex Wolff, and Milly Shapiro. After the death of her mother, Annie, played by Toni Collette, starts to notice some differences in her life. She begins to see things that are not necessarily there, her daughter asks her odd questions, and she has difficulty working on her replica houses and buildings that cause issues with art collectors. When she can’t find answers from outside sources, she begins to trace her own ancestors and messages left by her mother, leading her family spiraling into madness. 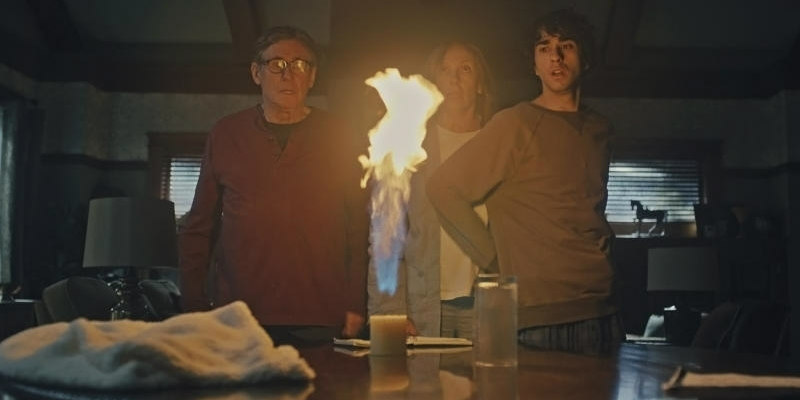 One of the most notable things about this movie is how well it’s shot and how great the camera-work is. Aster doesn’t stick to wide-shots or close ups or use camera movement as a stylist choice. Every single shot is composed with thoughts and ideas that have obviously been filtered with trial and error until he found the exact direction he wanted to go to best suit the story and the scares. The editing is perfectly timed, and the cuts between so many different types of shots really allow the horror to take over your mind while watching the movie. Aster directs this movie as if the audience is standing in the shoes of the characters. If you’ve ever thought that something was standing in a shadowy corner of hiding behind a door or just out of your sight at night, this movie will get to you and will allow you to relate to the characters from a visual perspective. The sound design also does an excellent job of building tension. Without spoiling anything, this isn’t the kind of movie to shove unexpected, or even expected, demons into your face. The sound isn’t going to drown out so that the movie can hit you with a jump scare. The sound may drown out, but the absence of sound lets your imagination run wild as you prepare for whatever comes next, which might be the scariest thing about this movie. On top of the way silence is used, the non-diegetic sound is so unnerving that I felt like I was going to lose my mind. There is a film from 2002 called Irreversible that actually has an underlying low-frequency hum that is intended to induce anxiety. The sound design for Hereditary has the same effect, but it’s less of a party trick and more of a display of mastery of the medium. 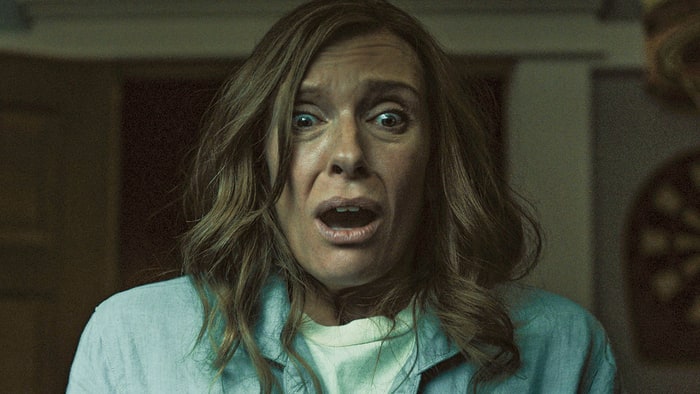 Hereditary is also composed of the kind of horror that sticks with you. It isn’t based on a demon that can be defeated in one swift motion or a monster that comes out of the closet. This horror is based on great mythology, incredible imagery, and events that humans face on a daily basis. By that I mean that this movie tackles loss, the fear or loss, the idea of the supernatural, the idea of a higher power, the Kübler-Ross stages of grief, and so much more. The events of this movie, while not based on an actual person to my knowledge, are a collection of human experiences that have led to evil, which seems entirely possible depending on how much you contemplate the things you believe in. It’s genuinely scary because it accesses the recesses of that crevice in which your brain holds fear and makes honest, real-life scares fester there. That being said, I love what the movie had to say about loss. I love what it says about what loss brings out in a family as well as what it says about how death can be romanticized when it often doesn’t deserve to be or proves to be even worse than it is conceptually. The messages about loss are perfectly conveyed through some of the best performances I’ve seen all year, especially from Toni Collette and Alex Wolff. Toni Collette gives what I think is an Oscar-nomination-worthy performance. Without having seen many of this year’s award contenders, I think that Collette has a good shot of falling into the top five performances of the year. Again, she guides us through the feeling of loss and the idea of her family being torn apart by the malevolent entities. Her relationship to her husband and her kids on top of the way she carries her past really brings depth to the character and makes us care. Alex Wolff is also excellent in his role. While Toni Collette brings the grounded, dramatic version of the unraveling, Alex Wolff unravels through the supernatural, and the interactions between the two make for some of the best moments of tension in the film.

I loved just about everything about this movie. You probably won’t catch me rewatching it on Amazon Prime over and over again, which I assume it will eventually be on the way all A24 movies are, but the slow burn is absolutely worth it. I think it’s even more worth it in theaters to be able to grasp onto how powerful the visuals and the sound design are. Nevertheless, I don’t think that it’s perfect. Having seen the film in its entirety, I do think that it trails off a little bit at certain times. I have to praise the movie for the way it constantly kept me guessing and kept me off the trail, but in going off the trail it can derail slightly. It typically jumped right back on track, and those moments become inconsequential. My only other issue with the film is that the mythology, while fascinating and interesting, might have been introduced slightly too late. I don’t want to be spoon-fed, but some of the events do feel as though they are a bit of an afterthought when compared to the way the film conquers themes, atmosphere, and horror.

Overall, Hereditary is an excellent horror movie that goes deeper inside your mind to create horror as compared to shoving random demons onto the screen to force a jump scare. Is it the next The Exorcist? To be honest, I don’t know because it hasn’t been forty-five years following the release. What I will say is that it ingrains horror into the story and attacks your sanity in a similar way. It introduces an equally effective and terrifying mythos to go along with great characters. In forty-five years, I wouldn’t be surprised if Hereditary was the gold-standard for a psychological horror film that tortures audiences from the inside. Its themes, cinematography, visual design, sound design, imagery, and performances are all possibly the best I’ve seen all year, and I’d love to see Toni Collette get some kind of recognition for what she was able to pull off in this film. Alex Wolff is just as good as he is haunted in a different way, and Milly Shapiro’s display of emotion, delivery of dialogue, and subtle mannerisms portrayed her character in such a scary, yet believable, way. Hereditary is a very mature horror movie that haunts rather than scares, and without relying on modern horror conventions, it’s able to build tension and fear as well as any film in its genre. I’m going to give Hereditary a 9/10.

Will you be seeing Hereditary? Comment down in the comment section and let me know! As always, thank you, and keep listening to 88.7 The Pulse!