Attempting to appeal to kids, Jell-O is now encouraging them to play with their food!

They include molds for building blocks and cookie cutters to make animal shapes.

A spokesman for Jell-O says the brand is hoping to stimulate kids to unleash their creativity where eating becomes part of the play.

The recipe for the Jell-O creates a slightly firmer result.

The Jell-O brand is owned by Kraft Heinz, which has reportedly expressed interest in acquiring Campbell Soup.

“Jell-O Play” is available at participating Walmart stores and online. 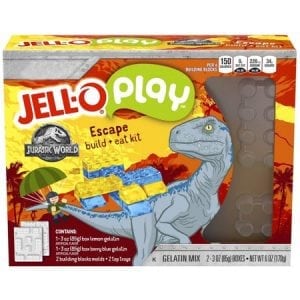 Instagram model bit while posing with sharks in Bahamas