It’s time for another movie review presented by our good friends over at FatCats Gilbert on the southwest corner of Greenfield and Baseline! FatCats Gilbert is the best place to see all of the latest box office hits like Christopher Robin and Mission: Impossible – Fallout! To see all showtimes and to purchase tickets, you can click right HERE!

This is actually a movie I had been looking forward to. I know that there has only been one truly good one, but I like shark movies. Maybe it’s the part of me that used to watch horrible Syfy channel movies as a kid, or maybe it’s just that they can be entertaining whether they’re good or bad. Jaws is one of my favorite movies of all-time, but I would never go into a shark movie hoping for the next Jaws, and The Meg was no exception. Jason Statham was the perfect choice for a movie like this, and the trailer gave me exactly what I was expecting. Oscar season can wait. It wasn’t take a Best Picture nominee for this one to deliver. The Meg is directed by Jon Turteltaub and stars Jason Statham, Bingbing Li, Rainn Wilson, Cliff Curtis, Winston Chao, Shuya Sophia Cai, and Ruby Rose. After going to the deepest part of the ocean, a team of scientists and explorers encounters the biggest shark in recorded history, the Megaladon. The shark escapes its home and makes its way into the wide open ocean, leaving everything in its path in pieces. Who do you turn to when the biggest sea predator goes on a murderous rampage? Easy. You call Jonas Taylor, the only living person to ever survive an encounter with the prehistoric beast. It’s not often that a movie takes my expectations and matches them exactly. I try to check my expectations at the door for just about every movie, but I couldn’t with The Meg. I expected a few redeeming qualities to give me an absolute blast at the theater with plenty of issues, and that’s exactly what this movie is. Again, I knew what I was getting myself into, so I had the right mindset to let my brain completely shut down and just enjoy the movie. You’re not going to see The Meg at the top of any “Best of the Year” lists, but if you buy your ticket knowing that nothing in the film is going to move you emotionally and knowing that you’re about to witness the quintessential brainless blockbuster, I think you’ll have as good a time as I did. The best thing about this film is that it knows that it isn’t worth taking seriously. The filmmakers and the cast are fully aware that they aren’t making a masterpiece of drama, and that self-realization allows them to fully embrace the insanity that this movie brings to the table. Jason Statham is perfectly cast as the guy he seems to play in every movie. He’s a little bit physically beaten and a little bit emotionally battered, but he’s charismatic and is probably the only person in the world with the skillset, experience, and guts to enter the same water as a seventy-five foot-long shark. Again, Statham isn’t winning any awards. I can’t stress that enough. What he does excel at is knowing what to bring to the character, and he gives as good a performance as he possibly could have. I also loved the moments with the shark. The shark looks spectacular. If you’re wondering where its $150 million budget went to, it went toward making the shark look awesome, and it does. It’s terrifying and thrilling, and it might actually be the deepest character in the film. It was swimming around minding its own business until scientists broke into its naturally hidden home and started to shoot lights all over the place. I’d be pretty upset, too if someone came into my house at night and shined bright lights everywhere. The shark might be the be the best character in the movie, but I was actually surprised at how well the characters worked together. Aside from Statham’s character there isn’t much depth, but I thought the cast clicked in the context of the movie. 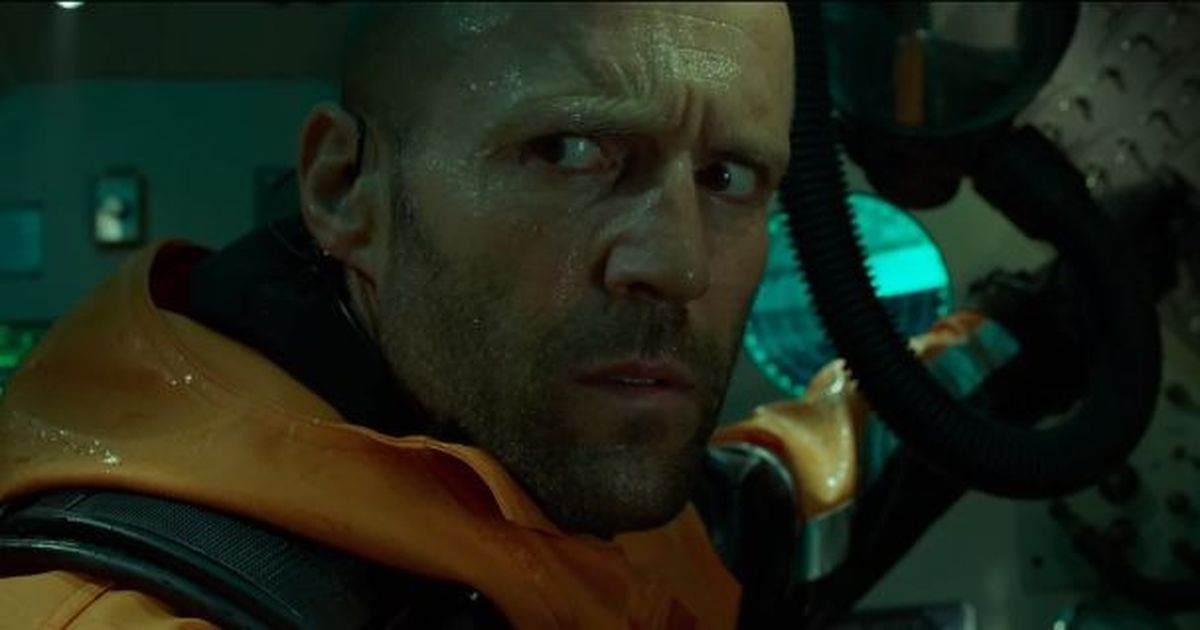 This isn’t a great movie, and I do have issues with it, but there’s really no point of looking at it through a critical lens. Other blockbusters, like Jurassic world: Fallen Kingdom, are worth it. Fallen Kingdom is a big budget studio film trying to become something bigger in the hearts of the moviegoing audience. I’ll talk about its flaws and why it needs to change if it wants to even scratch the surface of the original Jurassic Park movie. With The Meg, Warner Bros. knows what they’ve done. They know what they were going for with this movie, and it hits the target as well as it needs to. Despite it being kind of unnecessary if you’re aware of what you’re getting, sometimes I do think that the movie dives into the emotional aspects of the film when I honestly didn’t care. I just wanted to get back to the awesome-looking shark. It also has every single character you could possibly expect, and it doesn’t decide to mix anything up on you. Each character is just a classic, cartoon archetype without anything more than a simple job he or she has been given to push the movie along. I also think that it’s a bit too long. It probably could have been cut down by about fifteen minutes, but once it gets into second gear it doesn’t stop.

Overall, The Meg is exactly what it needs to be. Along with the standard narrative issues that come with movies that don’t take themselves seriously, its emotional beats miss, its characters are all perfect examples of everything you’ve seen before, and it’s longer than it really needs to be. Luckily, all of that is forgiven because I just had so much fun watching it, and that’s what the filmmakers were going for. They set out to make a blast of a shark movie, and they did it. The shark looks amazing, it has the perfect mix of frights and thrills, and it always kept me on my toes. The action sequences, while not grounded whatsoever, are well-assembled, and I was given everything I was promised from a movie that had a Yorkie swimming away from a seventy-five foot shark in its trailer. Jason Statham gave this character everything he possibly could have, and I can genuinely say that if you’re looking for true summer escapism at the movie theater, The Meg is probably worth checking out. It might even become an enjoyable bedtime movie if it ever hits a streaming service in the future. If you don’t know, a bedtime movie is a movie that you’ve seen before and enjoyed enough to put on as you go to bed, get in a good mood, and fall deep asleep without a care in the world for how the story ends. I’m going to give The Meg a 6.5/10.

Will you be seeing The Meg? Comment down in the comment section and let me know! As always, thank you, and keep listening to 88.7 The Pulse!