The Arizona Interscholastic Association announced this week that Arizona high school students can begin competing for an eSports state title starting in February. 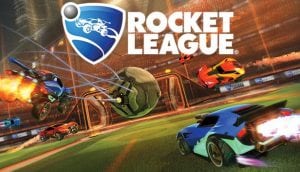 The AIA is expecting a lot of students to sign up. The eSports league will be available both in the spring and fall high school sports seasons.

eSports teams will duel with other schools online while staying on campus.

There is no limit to how many players can be on one school’s team, but there will be a $50 fee to compete for each student.

Jeff Kode has previously written articles for The Arizona Republic ALT section, as well as other publications including Echo Magazine and IONAZ Magazine. He is an enthusiastic movie lover, and enjoys discovering new music. He was previously on air middays with his own show The Sugar Rush, and can now be heard 6-9am on The Morning Beat with Steve and Jeff at 88.7 The Pulse.
Friend of The Pulse