The Arizona State Fair is back in town, this Friday, October 5th through the 28th. Kicking things off opening night will be Gary Allan with his signature blend of smoldering vocals and rebellious lyrics. The following night Grammy Award winning 80s rock band The Flaming Lips will appear. Q Magazine named them one of the 50 Bands to See Before You Die! We’ll keep you up to date with more music acts as the dates get closer. 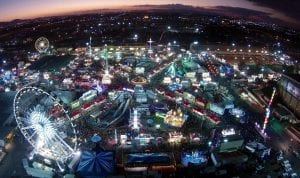 Of course, all your favorite rides are back and every Thursday and Sunday are unlimited ride days starting at $25. In addition, every Friday from Noon to 6pm features “A Taste of the Fair.” You can get $2 food items from any stand and $2 rides and games. Recent numbers show the state fair racks up more than $90 million in economic output each year. It’s not just a money thing — there is a lot of history too. You wouldn’t guess some of the acts who have played at the Arizona State Fair! In 1956, Elvis played at Phoenix’s State Fairgrounds Grandstand, and returned to the Coliseum in 1970 to a sold out crowd of 13,000. In 1968, Jimi Hendrix, Simon and Garfunkel, and the Doors all performed at the Veteran’s Memorial Coliseum. Pope John Paul II made an appearance in 1987. In 1993, Nirvana kicked off their In Utero world tour at the Veteran’s Memorial Coliseum, this would be the band’s final tour.

First Fridays in downtown Phoenix are one of the nation’s largest self-guided art walks. Every month from 6 to 10 p.m, over 70 galleries, venues, and art-related spaces offer a different experience. There is food, fun, and street performers throughout. Best yet, it’s FREE! Take the light rail over from Arizona Center, Phoenix Art Museum, or CityScape. Artlinkphx.org for more info. 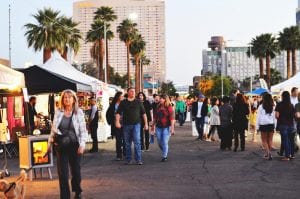 All weekend long from Friday to Sunday is the Greek Festival of Chandler. Serving up tasty treats fit for the Gods; A TASTE OF GREECE offers a weekend celebration with traditional Greek foods, Greek imports, live Greek music, costumed folk dancing, Kids Fun Zone, and so much more. St. Katherine Greek Orthodox Church transforms into a “Greek Village.” Head to their website for the 411 and to get a FREE admission at atasteofgreeceaz.com. OPA! 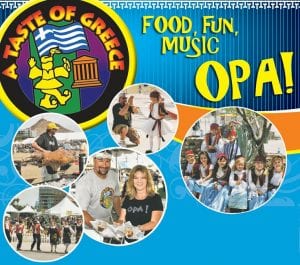 This Friday and Saturday, October 5th and 6th is The Enchanted Trail Fall Festival. Join Audubon Arizona for a FREE night of fun! It’s “nature by night” as you discover Arizona’s nocturnal wildlife through a scavenger hunt and several other fun activities. Food will also be served for an extra cost. Located on Central Avenue in Phoenix. Both nights run from 5:30 to 8 p.m. More info riosalado.audubon.org/programs/enchanted-trail-sendero-encantado 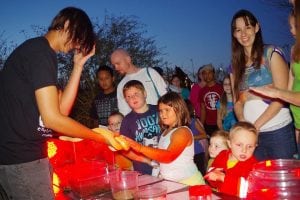