Imagine a television show where seniors act like teenagers. If you think that’s funny, you may want to tune in to “The Cool Kids,” Friday nights on FOX. 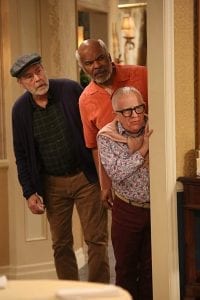 Steve and Jeff from The Morning Beat had a chance to chat with Tony Award nominee David Alan Grier. Grier is best known for his role on popular 1990’s TV show “In Living Color,” and countless other movies and series.

His latest series is “The Cool Kids,” Friday nights on FOX. Grier stars alongside Tony and Emmy award nominees and winners. One of his favorite co-stars is Martin Mull from “Roseanne.” The new series also stars southern belle Vicki Lawrence from 1980’s hit TV show, “Mama’s Family.” Leslie Jordan from “Will & Grace,” also joins the cast. 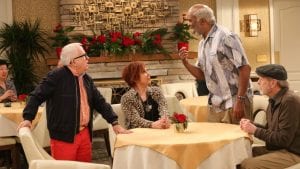 According to a press release from FOX, “Cool Kids” is a multi-camera comedy about a rowdy, rag-tag group of friends living in a retirement community who are willing to break every rule in order to have fun – because, at their age, what do they really have to lose?

Enjoy the entire interview on soundcloud.com/pulseradioaz/david-alan-grier.