Instant Family is the feel good film of the season!

Jeff Kode of The Morning Beat had the opportunity to interview Sean Anders, the director of Instant Family. He quickly learned it all came together when Anders was driving his foster kids to flag football. He got a call from Mark Wahlberg while sitting in an empty parking lot. Flag football was the next day, but the good news was Wahlberg agreed to do the film. Wahlberg had met many kids over the years that are in foster care. It was something that really mattered to him. Anders’ kids said, “Who is Mark Wahlberg?” he answered, “Dusty from Daddy’s Home.” They knew instantly and replied how cool he was, and how excited they were to see the movie. With an A-list star confirmed, Sean was ready for the next step. 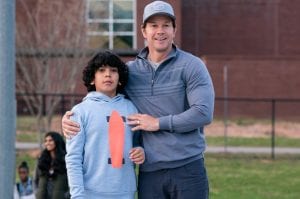 Rewind to two years ago when the script was being developed by Anders and his writing partner from Hot Tub Time Machine, John Morris. Anders had adopted his children before he had even thought about making the movie. He would tell Morris stories about everyday things that happened to the kids. While it’s a fictional tale inspired by the director’s own story, and the stories of other foster families, there was plenty of material for laughs. 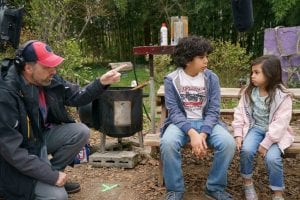 Instant Family has a lot of heart. Both serious and silly, Instant Family blends a satisfying balance that will leave audiences feeling good after the final credits roll. David Ehrlich of IndieWire puts it’s best when he says, “Instant Family takes the stuff of real life and turns it into a touching reminder of what love can do for the people who need it.” 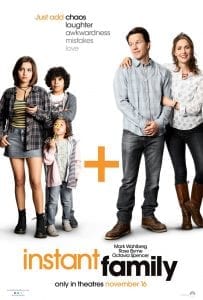