It’s time for another movie review presented by our good friends over at FatCats Gilbert on the southwest corner of Greenfield and Baseline. FatCats Gilbert is the best place to see all of the latest box office hits like Creed II. To see all showtimes and to purchase tickets, you can click right HERE!

Every single time Michael B. Jordan is in a movie, I get excited, and I don’t think that I’m the only one. Is it too crazy to say that he might be one of the few actors in the industry who is on his way to becoming a major box office player? In classic Hollywood, stars were the real reason people went to the movie theaters. Now the main reason is probably brand recognition. Nevertheless, a few actors have managed to fill seats just with their names like Leonardo DiCaprio and Robert Downey Jr. He’s not there yet, but I think that Michael B. Jordan is on track to becoming a household name that brings the big bucks. Anyways, I was excited for Creed II. I adored the first Creed, which made me a bit hesitant when it came to the sequel. If Ryan Coogler was directing, I probably wouldn’t have been as apprehensive, but he was off working hard on Black Panther. I guess I can’t really blame him. This franchise is his baby. Is it worth his stamp of approval?

Creed II is directed by Steven Caple Jr. and stars Michael B. Jordan, Sylvester Stallone, Tessa Thompson, Dolph Lundgren, and Florian Munteanu. After his fight against Ricky Conlan in the first film, Adonis Creed has defied all odds and taken the belt as the heavyweight champion. He has finally reached the top as a boxer and as a person. He has the title, love, and family, but it is all on the line when Viktor Drago, son of Ivan Drago, challenges him. Of course, Ivan Drago killed Apollo Creed in the ring, so Adonis is fighting for his father, his name, and most importantly, himself. 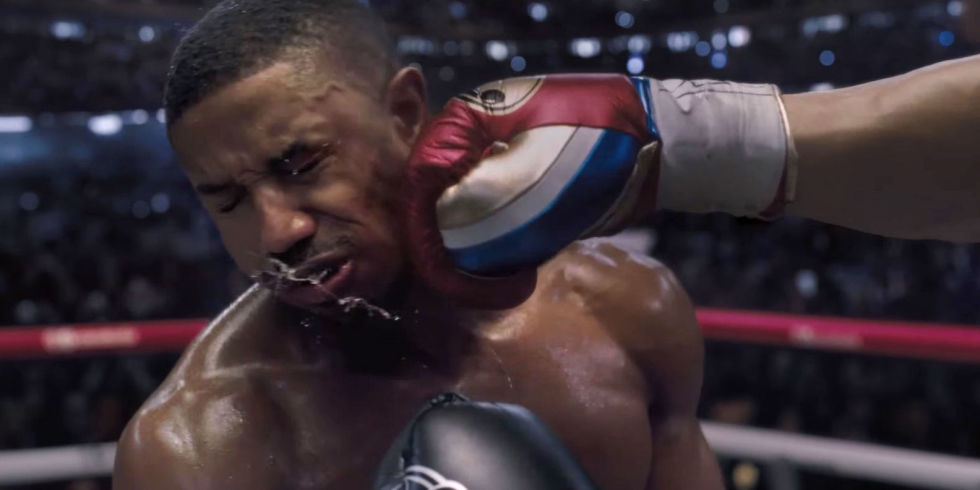 Creed was one of my favorite movies of 2015. I was a huge fan of both Michael B. Jordan and Ryan Coogler at the time Creed was released, so I had high hopes, all of which were exceeded. Though I don’t think that this sequel had the potential the first film had, it did have the same result. It smashed all of my expectations, and I loved it. I hate to do this, especially with a movie I love, but I’ll actually start with my negatives with the movie. Creed II isn’t exactly reinventing the wheel. Eight movies and forty-two years into this franchise, it’s tough to draw something up that we haven’t seen before. That being said, it loses nothing with its characters. I adored Adonis Creed, and I think that he has so many layers that allow him to stand on his own. At first glance it might seem that Donnie is only an interesting character because of his lineage, but he really goes so much deeper than that. Donnie is a character with love, passion, frustration, and desires, and some of the best moments of the movie come when he is finally able to address those things. He has a difficult time using words, which I think is one of the most prevalent themes in his character, but Michael B. Jordan’s performance beautifully showcases everything that we need to know. Even when Donnie isn’t able to say what’s on his mind, we know what he’s thinking because Jordan is so good at displaying emotion. I also have to give credit to Sylvester Stallone and Tessa Thompson, because they bounce off of him perfectly. All of these characters are deeply flawed and have bruises and scars from their pasts, but they seem to supplement each other so well when brought together.

A lot of the character building has to come from the way that the director, Steven Caple Jr., understands these characters. There is absolutely no way they could have been brought to life in such a vivid, human, and nuanced way without a guiding force for the emotion as well as the filmmaking process. I was shocked to find how much I empathized with Viktor and Ivan Drago. They don’t get much screen-time on their own, and they’re obviously the antagonists standing between Donnie and his goals, but I genuinely felt for them. Their stakes may have been higher than Donnie’s, which made them so interesting to me. As well as the Dragos are built, Donnie is built even better, making for one of the most compelling boxing matches in cinematic history because of the emotional impact. That actually leads into the next point which is the fight sequences. They’re spectacular. The punches feel real, and every time we witness a fight, it feels like a character is taking an absolute beating. A fight isn’t won because the script says that it’s time for someone to win. These fights are won because the loser truly can’t go on any longer. They’re painful, and they’re visceral, and despite not quite having the masterful camerawork and editing that the first Creed movie has, they’re entertaining, complex, and resonant as boxing sequences get.

Overall, Creed II might not give us anything new, but it doesn’t miss a single step with any of the characters. Michael B. Jordan, Sylvester Stallone, Tessa Thompson, Dolph Lundgren, and Florian Munteanu are all unbelievable. This movie has an emotional punch (no pun intended) that I just don’t get often anymore, and it’s because of these characters and their layers. They have dreams, goals, motivations, and stakes, and not one is lost in the shuffle. Every single actor deeply understands and cares for each character, and it shows. Steven Caple Jr. is also an excellent director for this film, and I think that he has a very bright future ahead of him, not just as a technical filmmaker, but as an emotional storyteller with something to say. As a sucker for a great training montage with a score that makes me feel like I could climb a mountain, Creed II gave me what I wanted, plus so much more when you factor in the fact that I had the chance to play in the Rocky sandbox once again with great characters who stand alone. Creed II may take place in the universe that Rocky originated, but Adonis is strong enough to carry his own film. This is a Creed movie, not a Rocky movie. It might even take some beats from early installments, but I don’t take issue with that because it lays itself out so brilliantly and earns every single payoff. I’m going to give Creed II an 8.8/10. Will you be seeing Creed II? Comment down in the comment section and let me know! As always, thank you, and keep listening to 88.7 The Pulse!