I have come up with a list of the Top Holiday Movies of All-Time for Everyone!

Here’s a countdown of the Top 10. Be sure to scroll to the bottom for a list of favorite holiday movies by decade!

10: A Rugrats Kwanzaa Special (Not a lot of people know about Kwanzaa – It’s actually a week-long celebration of African heritage, unity, and culture)

09: Silent Night Deadly Night (The 1984 horror movie that had parents protesting it’s release at theaters for depicting a murderous Santa)

07: Adam Sandler’s Eight Crazy Nights (for those who celebrate Hanukkah or are interested in knowing more about it)

06: Bruce Willis in Die Hard (Is it or isn’t it a Christmas movie?)

05: Tim Burton’s A Nightmare Before Christmas 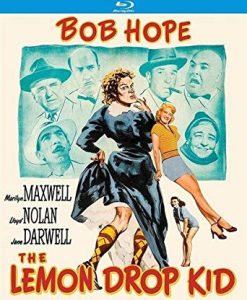 The Lemon Drop Kid (1951) A morality tale featuring Bob Hope. You guessed it! He learns an valuable lesson, finds a little love in his life, and wisecracks in ways only Hope does.

White Christmas (1954) Bing Crosby movie that spawned the world’s best selling single that may have been written at the Arizona Biltmore Hotel.

We’re No Angels (1955) Humphrey Bogart co-stars as three criminals break out of jail a few days before Christmas only to become live-in, fix-it guys for an impoverished family and their picturesque corner store. 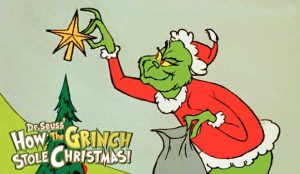 Dr Suess’ How the Grinch Stole Christmas (1966) The animated original is based on the best-selling book. 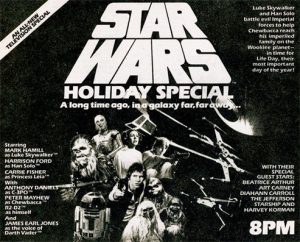 Santa and the Ice Cream Bunny (1972) Santa attempts to free his sleigh from the sands of a Florida beach and may be rescued by an Ice Cream Bunny. It’s a cult classic.

The Star Wars Holiday Special (1978) What could be better than a sci-fi musical to celebrate the season? Blast off to a galaxy far far away! Will Chewbacca get home to his planet in time for the big Wookie holiday celebration? It stars the original film’s main cast, Chewbacca’s family, and introduces Boba Fett, who would appear in later films. Star Wars creator George Lucas was famously quoted once as saying, “If I had the time and a sledgehammer, I would track down every copy of that show and smash it.” Best yet, it’s playing Friday December 14th at 8 p.m and 10:30 p.m at Filmbar in Phoenix. 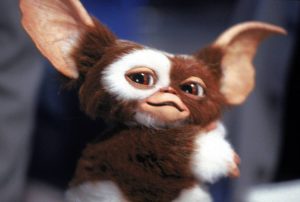 A Christmas Story (1983) The leg lamp, the pole-licking, the trip to see Santa at the mall, and the eye-shooting-out finale all have a slightly grotesque, Norman Rockwell-meets-David Cronenberg edge to them.

Gremlins (1984) A gremlin is nothing like a Furby. Home Alone director Chris Columbus wrote the script for producer Steven Spielberg’s mischievous movie. Just don’t watch it after Midnight!

Ernest Saves Christmas (1988) A Christmas adventure with Ernest and Mr. Claus on a mission to retrieve a powerful gift-giving knapsack. Part Miracle on 34th Street, part Dumb and Dumber, Ernest’s naiveté makes him the perfect manchild for the holiday season. 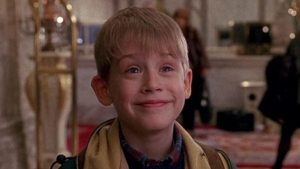 Batman Returns (1992)  Director Tim Burton’s dark, brooding atmosphere, Michael Keaton’s work as the tormented hero, and the flawless casting of Danny DeVito as The Penguin and Christopher Walken as, well, Christopher Walken make the sequel better than the first. And, it all takes place during the winter season.

The Santa Clause (1994) Tim Allen provides the perfect sleigh-like vehicle for his gruff comedic stylings. As a divorced Dad who takes on the role of Santa after the fat man falls from his roof, the Home Improvement star brings playful grunts and genuine cheer to the role.

While You Were Sleeping (1995) Sandra Bullock’s character pretends to be engaged to a man in a coma, then falls in love with his charming brother. It’s holiday amnesia comedy cheer!

The Preacher’s Wife (1996) Perhaps the only film starring both Denzel Washington and Whitney Houston. It’s directed by Laverne and Shirley’s Penny Marshall. 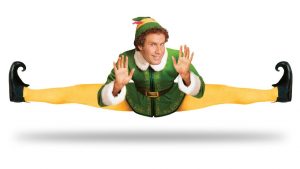 Bad Santa (2003) Is there a more quotable Christmas movie?

A Christmas Carol (2009) Back to the Future director Robert Zemeckis recruited living-cartoon Jim Carrey to play Ebenezer Scrooge and the fun ensued! 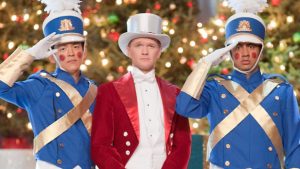 2010’s: A Very Harold and Kumar Christmas (2011) Look for a very naughty Neil Patrick Harris (How I Met Your Mother, Doogie Howser M.D) alongside sly social commentary slipped in among hefty helpings of gross-out gags.

Others on the seemingly never-ending collection, that’s probably longer than Santa’s naughty list, are, in alphabetical order; The Joyriders, Miracle on 34th Street, Prancer, and any other film that has become a family tradition for you!

America's favorite holiday song to sing together in the car is...