Phoenix, AZ (January 09, 2019) – Relentless Beats recently announced the next round of artists for its 10th Anniversary edition of CRUSH AZ. Expanding to two days, Arizona’s longest standing EDM festival will return to the Rawhide Event Center February 15th and 16th.  The final round of artists added to the lineup include: 3lau; Anna Lunoe; Bardz; Black Tiger Sex Machine; Joyride; Seven Lions; Slander; Um.. and Wooli. With this announcement Relentless Beats has also released its artists-by-day, along with single day tickets to CRUSH AZ. 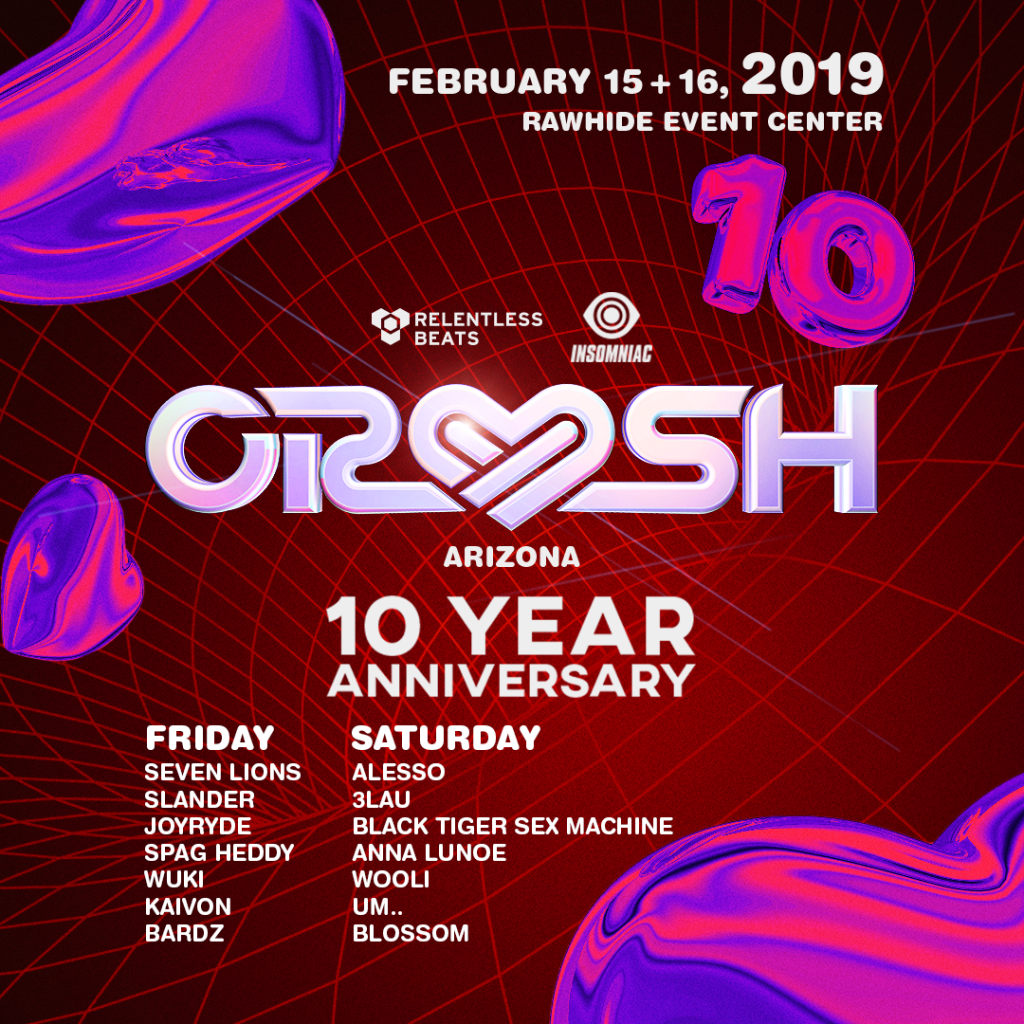 General Admission passes are on sale now for $109, plus fees. Couples can do the romantic thing and get their tickets together for $100 per ticket, plus fees. VIP passes, with access to preferred VIP viewing deck, premium restrooms, commemorative lanyard, express entry and passed desserts are available starting at $169, plus fees. VIP is 21+ area. Purchase tickets online at www.relentlessbeats.com. Crush Arizona is an 18 and over event.
Crush Arizona is produced by Relentless Beats and Insomniac Events. Visit www.relentlessbeats.com for the most up-to-date information on Crush Arizona and all Relentless Beats events. Stay connected on Twitter at www.twitter.com/RelentlessBeats and on Facebook at www.facebook.com/RelentlessBeats.