The 91st Annual Academy Awards will be presented live on Sunday, February 24, 2019. The pre-show and ceremony will be shown on ABC 15 in Arizona starting at 4:30 p.m. Here are some of the highlights of the awards being given out. Who should you choose for your office pool? I’ve got the best bets for you! 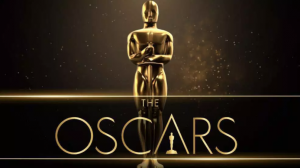 Best Picture: Roma or Green Book. Most likely, Roma will win but Green Book did win the coveted Producers Guild Award for Best Picture which has matched the Oscars 20 out of 29 times in the past.

Lead Actor: Rami Malek for Bohemian Rhapsody. The Screen Actors Guild gave their Best Actor Award to Malek. Christian Bale won the Critics Choice Award for Best Actor. It will be a close one with those two but Malek will pull it off.

Best Actress: Glenn Close for The Wife. Close won the Golden Globe, the Screen Actors Guild Award and the Critics’ Choice Award. Following six prior Oscar nominations (making her the actress with the most nominations without winning), Close has finally reached her time, at least as far as awards voters are concerned. The spoiler could be Olivia Colman for the Favourite. Her performance was funny, dark, disturbing and alluring, and stands as the best in a strong category.

Best Supporting Actor: Marhershala Ali for Green Book. Ali won the Screen Actors’ Guild Award. Unless, Richard E Grant can pull off an unlikely upset for his part in Can You Forgive Me, then it’s a lock for Ali.

Best Supporting Actress: Regina King for If Beale Street Could Talk. While Emily Blunt won the Screen Actors’ Guild Award for A Quiet Place, she was snubbed at the Oscars this season. King has already won 30 other awards in this category elsewhere. I am 99.999% sure on this one!

Best Original Screenplay: The Favourite. Arizona’s own Emma Stone stars in this zany, offbeat comedic drama that is sure to raise audience’s eyebrows. I think the Academy would agree.

Cinematography: Roma. Has won more awards this season than any other in this category. It’s a sure bet!

Best Makeup: Vice. Did you even recognize that was Christian Bale as former Vice President Dick Cheney? I didn’t think so either.

Best Documentary: Free Solo. My favorite film of the year! With Won’t You Be My Neighbor? being snubbed as a nominee, this edge of your seat thriller should take the gold!