It’s time for another movie review presented by our good friends over at FatCats Gilbert on the southwest corner of Greenfield and Baseline! FatCats Gilbert is the best place to see all of the latest box office hits including the latest Marvel Cinematic  Universe film, Captain Marvel! To see all showtimes and to purchase tickets, you can click right HERE! 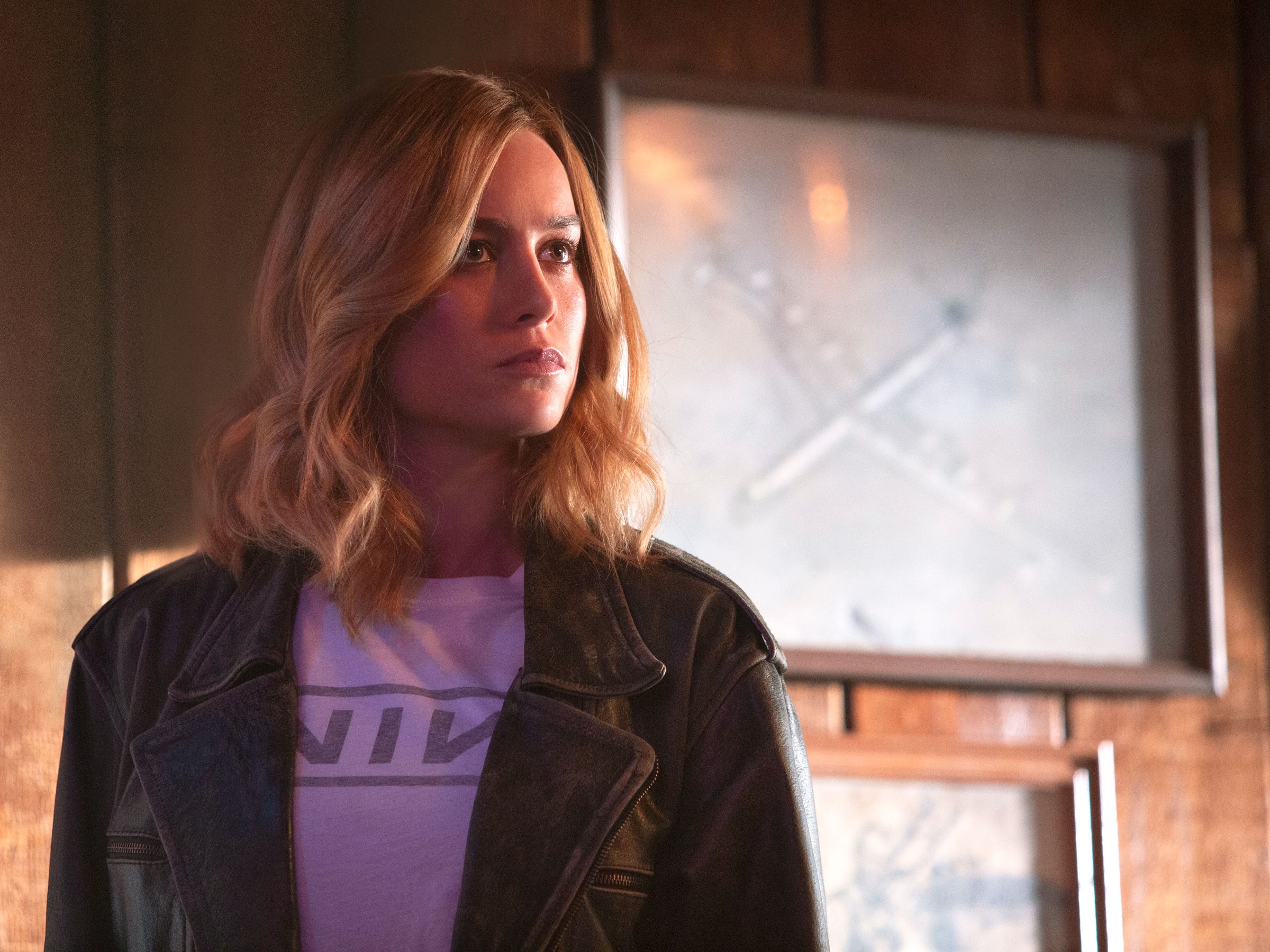 Marvel is back at it early in the year with a brand new movie, and it’s a big one! Captain Marvel has been one of the most anticipated movies for years, and that anticipation only intensified when Nick Fury dropped his pager after the credits of Infinity War showing that Carol Danvers would play a massive role in the finale of this stage of the MCU. Marvel has also been marketing the heck out of this movie. It’s been impossible to miss if you’ve left the house in the past few months. It might have even been tough to miss if you haven’t left the house in the past few months. I went to the Coyotes game the other night and saw Captain Marvel marketing everywhere, so it’s safe to say Marvel is covering all of its bases. I was really excited to see Brie Larson as Captain Marvel, and I couldn’t wait to see how she tied into the rest of the MCU. I do want to mention that this review will be completely spoiler-free. Anything not depicted in the trailer is off-limits, so feel free to read on even if you’re afraid of spoilers! Captain Marvel is directed by Anna Boden and Ryan Fleck and stars Brie Larson, Samuel L. Jackson, Jude Law, Ben Mendelsohn, Lee Pace, and Lashana Lynch. In the middle of the Kree-Skrull war stands Vers, a member of the Kree. When the war brings her to Earth, she teams up with Nick Fury and learns about the two alien races as well as her hidden history as a human.

On the bright side, I don’t think that Marvel is allowed to make a bad movie. Maybe they don’t know how, which is incredible given how difficult it is to make a good movie. Unfortunately, Captain Marvel falls a lot closer to the bottom of Marvel’s filmography than the top. It’s not a bad movie. In fact, I liked it, but it is a bit of a let down given Marvel’s track record and the importance it has for Avengers: Endgame. Just as always, I’ll start with the positives. Captain Marvel is an awesome character, and Brie Larson does an exceptional job of playing her. I love Brie Larson, and I’ve been a big fan of hers since Scott Pilgrim vs. the World and 21 Jump Street. Of course, Larson’s big Oscar win came for Room, which was one of my favorite movies of 2015, so I’ve been pulling for her. She pulls this off as well as she possibly could have. I loved the personality and delivery she brought to the character, and it was obvious she found traits to latch onto to make the character her own. It’s also awesome to see her in action sequences. Captain Marvel might be the most powerful character we’ve seen in the MCU, which makes action scenes a blast despite not really having to worry about her well-being. 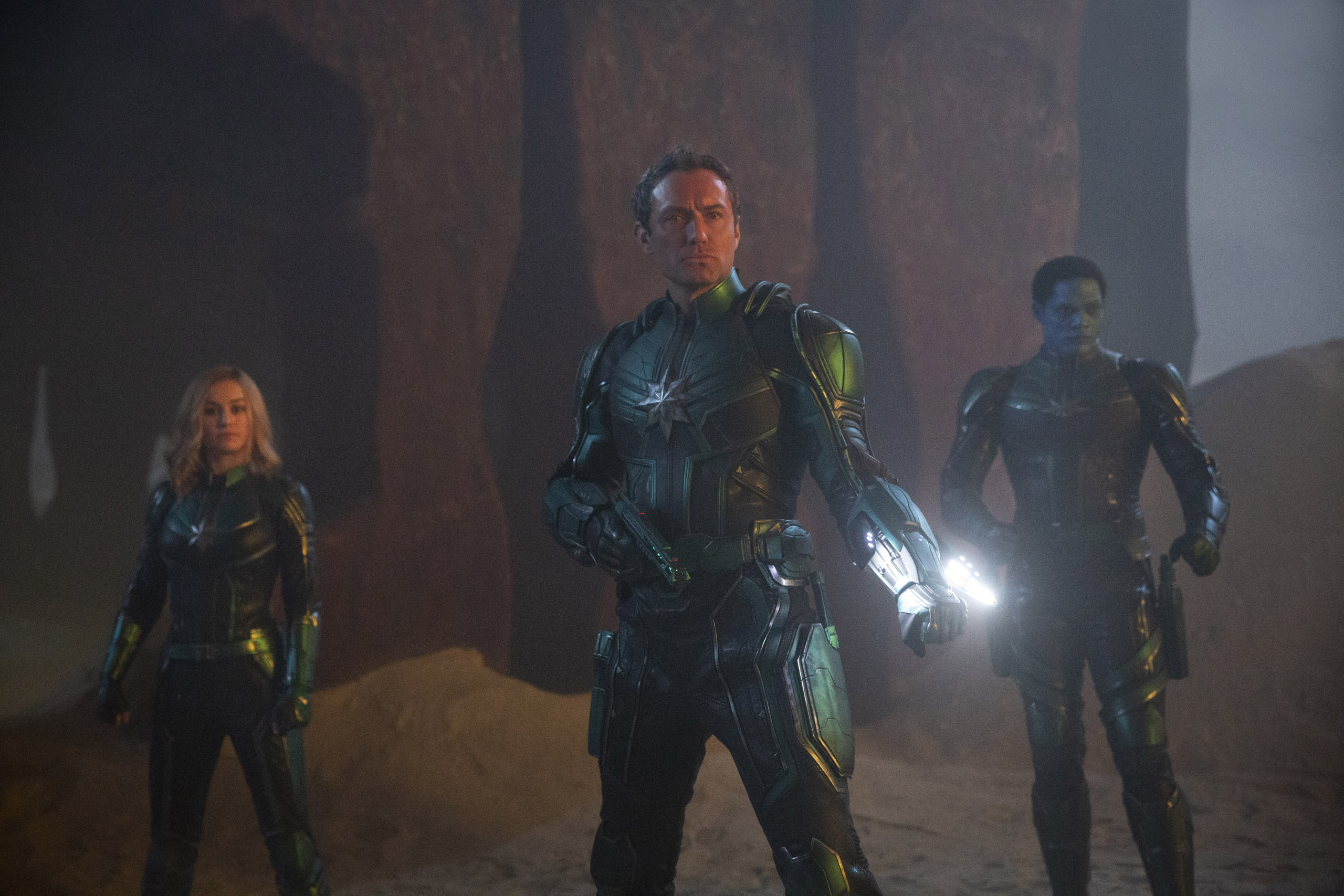 I also loved the supporting characters. We’ve seen Samuel L. Jackson before, but seeing him shinier and younger brought a lot to Nick Fury. We’ve seen him as the grizzled vet who spent two decades trying to assemble the Avengers, but this is the first time we’ve seen him trying to establish S.H.I.E.L.D. as an intelligence agency to counter major attacks from mortals and militaries. Fury also has excellent chemistry with Captain Marvel, and even in a movie with sci-fi action and battles in space, their conversations may have been my favorite part of the film. Ben Mendelsohn was also great. His character may have had the best motivations, and I found his arc and story really interesting. He also had some of the best dialogue on top of great comedic and dramatic payoffs. I also do like the way the movie ties into the MCU as a whole. It seems like a bow for a lot of things and ideas we’ve seen in other MCU movies, and the connections only enhance the smaller details of this franchise. One thing I loved was that it sort of flipped the “fish-out-of-water” trope on its head. Instead of Captain Marvel being amazed by the things she saw on a different planet, she simply noted differences because of her knowledge of other worlds, and humans became the strangers. In a franchise with Thor and Captain America learning about modern-day Earth, I appreciated the change. 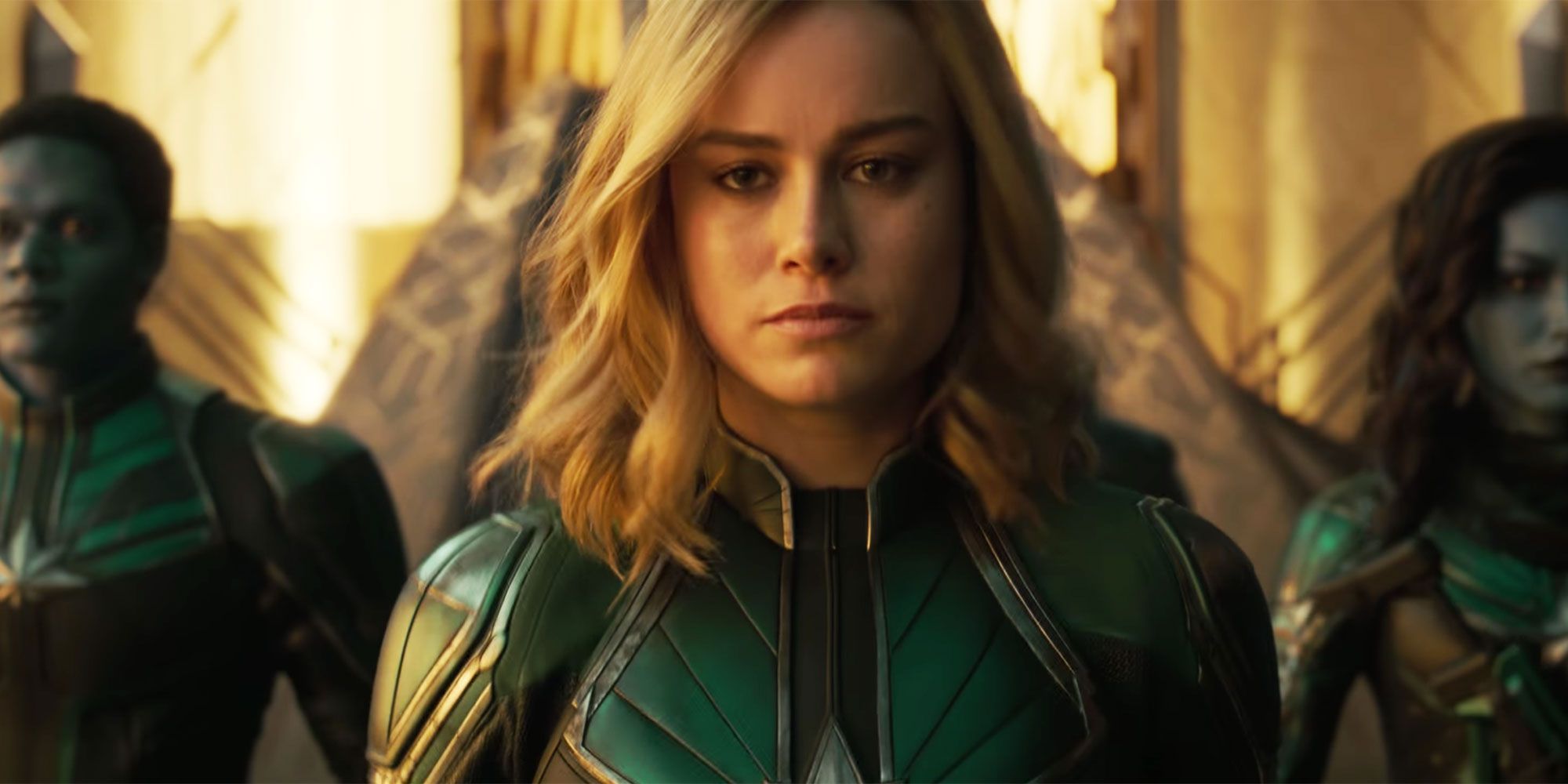 My biggest issue with the movie is that it could have dug much deeper into the character. It’s pretty obvious that Captain Marvel is an exciting character with awesome abilities and an absurdly talented actress playing her, but the movie doesn’t dive deep into her in a way that sets her aside from other superheroes. The whole movie is very black-and-white in a franchise that has already given us The Winter Soldier and Civil War and characters like Iron Man, Captain America, Bucky Barnes, Black Panther, Thanos, and so many more who make us question our moral values or give us pause when choosing a side. This movie never asks those questions to Captain Marvel, and her moral compass never shifts. This is probably the reason it took a long time to hook me. I thought the storytelling really stumbled out of the gate, and it didn’t fully grab me until everything was revealed. The third act of this movie is excellent, but it’s definitely not as great as it could have been had the first two acts been used to build the character’s motivations and history or to make Captain Marvel make a difficult choice. 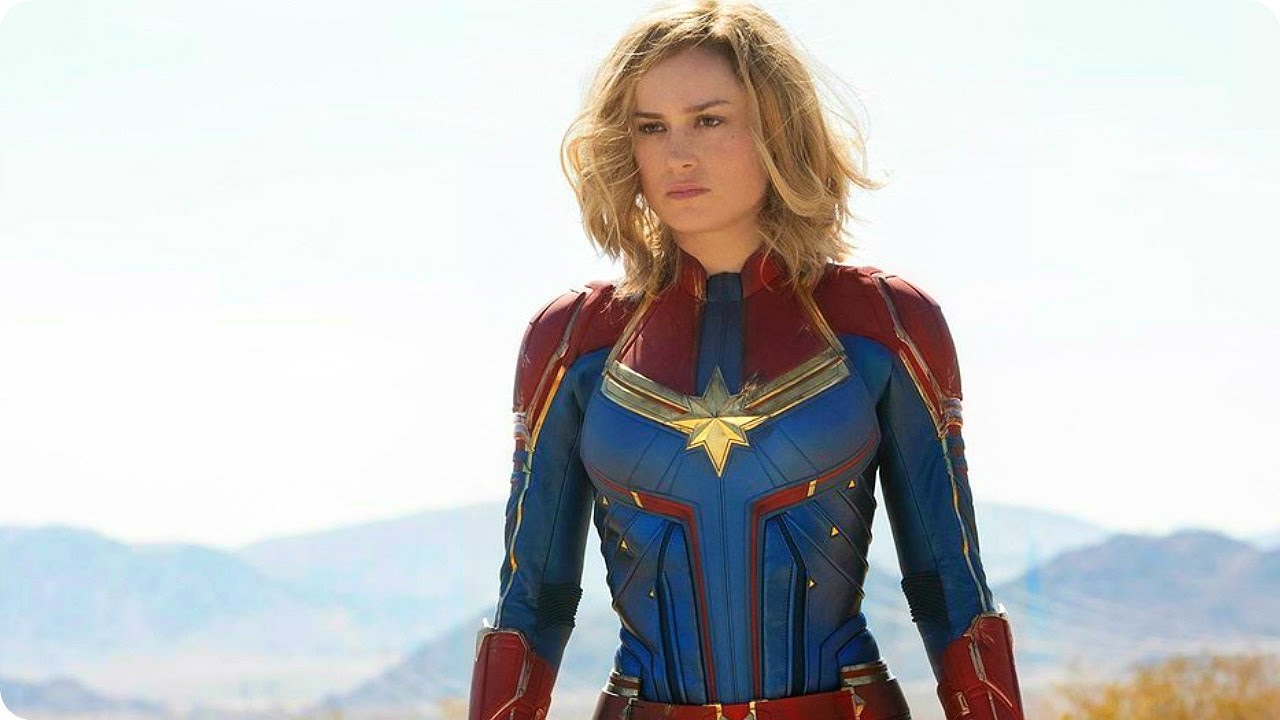 I also think the movie has a few technical misses. I’m not sure if runtime was an issue in post-production, but the movie feels very jumbled when it’s trying to find its footing, and it has lighting problems. Eventually the film gets a visually pleasing payoff, but the lighting and visual design early in the film make it so difficult to grasp on to action sequences, characters, and settings. I understand wanting to keep secrets, but those secrets shouldn’t come at the cost of hooking viewers visually. The typical Marvel levity also falls flatter than usual. There are hits, but there are very obvious moments that are meant to get laughs that don’t. There are many moments that Guardians of the Galaxy, Thor: Ragnarok, or even Avengers: Infinity War would have hammered, but Captain Marvel seemed to leave the theater quiet quite a few times. Finally, I wasn’t really interested in the villains. I won’t go deeper into that for spoiler reasons, but their main motivation is control, which isn’t very compelling to me. 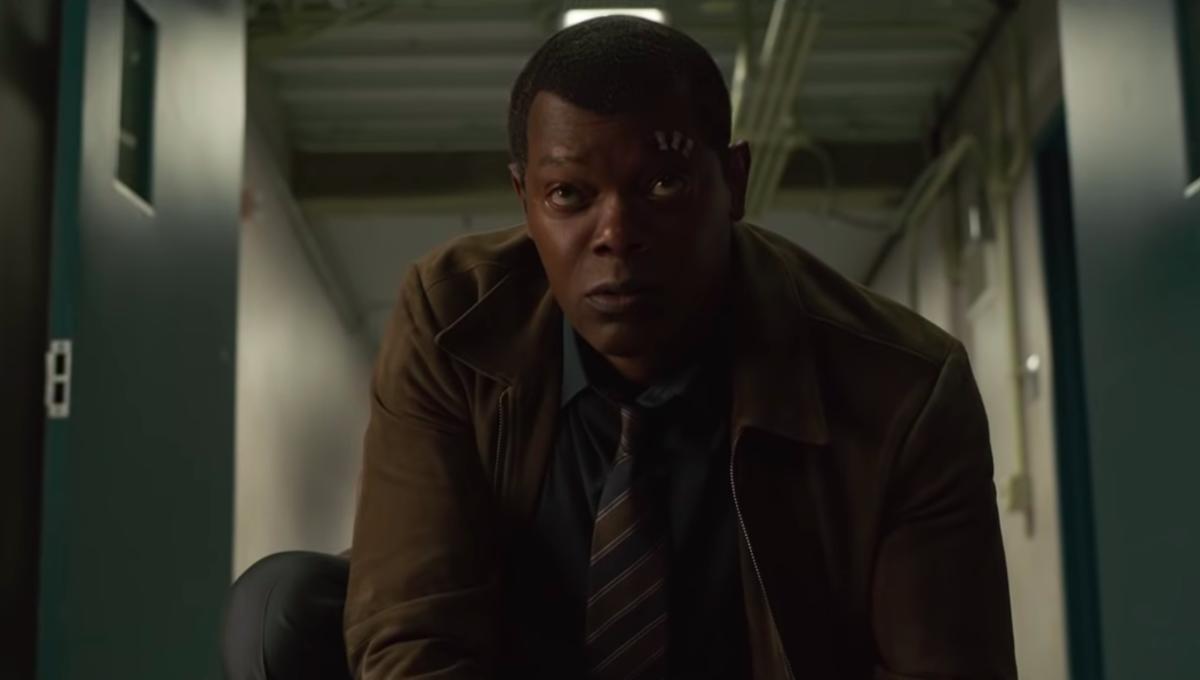 Overall, I liked Captain Marvel, but I think most of that is owed to my liking of the comic book genre in general. Captain Marvel is an awesome character with one of the best working actresses portraying her, but the movie’s ability to build the character and motivate her never seems to rise to the level she deserves. There’s an aspect of Captain Marvel that I did find interesting, but the story passed it by and never expanded on it. The storytelling also falls short, and it took a long time to fully reel me in and make me care about the story. There are some technical issues that make it difficult to attach myself visually, and as well as Marvel seems to be doing with villains lately, Ant-Man and the Wasp and Captain Marvel have sent them back to the days where the villains don’t have much to them. As I said, I still liked the movie, and I’d suggest checking it out because it does a good job of filling minor holes in the MCU, Captain Marvel herself is an awesome character with tons of potential brought to life by a great performance, and it’s genre combination makes it more entertaining as a whole than it is when looked at in parts. It’s also an important step for Marvel with their first solo film with a female lead, which makes me want to attach myself to her the way I did with DC’s Wonder Woman. Hopefully that will come in the future, because there’s a solid foundation here to build on. I’m going to give Captain Marvel a 6/10.

Will you be seeing Captain Marvel? Comment down in the comment section and let me know! As always, thank you, and keep listening to 88.7 The Pulse!