Are YOU a die-hard Disney fan? Disney has a ton of movies heading to theaters soon.

Visionary director Tim Burton is in charge of a live-action “Dumbo.” In addition, rumor has it some liberties will be taken with the new version starring Colin Farrell, Danny Devito, and Michael Keaton. It hits theaters March 29, 2019.

Audiences have been anxiously awaiting “Avengers: Endgame.” It is supposed to set the bar for the Avengers series! Bradley Cooper, Brie Larson, Chris Hemsworth, Chris Evans star. The Marvel movie will come to IMAX and other theaters April 26, 2019.

A live-action retelling of the 1992 Disney film, “Aladdin”, will bring on Will Smith as the genie. “Power Rangers” actress Naomi Scott will star as Princess Jasmine. Also, no word yet about Jafar’s parrot or Aladdin’s pal Abu. The director of the cinematic Sherlock Holmes, Guy Richie will helm the film. The new Aladdin sails into theaters May 24, 2019.

Woody and Buzz will set out to find Bo Peep in “Toy Story 4.” In particular, the director’s wife inspired the love story between Woody and Bo Peep. A new character named Forky may be introduced as well. The fourth movie in the series will launch June 21, 2019.

One of Disney’s all-time most successful animated features made just under $1 billion at theaters. A new live action Lion King will roar into theaters July 19, 2019. A star-studded cast including Beyonce, Donald Glover, Seth Rogen, James Earl Jones, and John Oliver will be featured. Can you guess which role each of them will play? “The Jungle Book” director Jon Favreau will direct. Donald Glover will voice adult Simba while James Earl Jones reprises his role of Mufasa. Seth Rogen and Billy Eichner will voice Pumbaa and Timon, respectively. Beyoncé will play the adult role of Simba’s love interest, Nala.

Disney’s ARTEMIS FOWL hits U.S. theaters August 9, 2019! Directed by Kenneth Branagh and based on the beloved book, ARTEMIS FOWL follows 12-year-old genius Artemis Fowl, a descendant of a long line of criminal masterminds, as he finds himself in a battle of strength and cunning against a powerful, hidden race of fairies who may be behind his father’s disappearance.

Angelina Jolie’s Maleficent sequel will cast it’s spell on moviegoers October 18, 2019. Directed by the same guy who was in charge of “Pirates of the Caribbean: Dead Men Tell No Tales.” 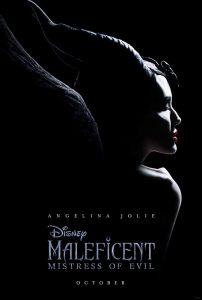 A sequel to the highest-grossing animated movie of all time, “Frozen,” will be released November 27, 2019. Idina Menzel, Kristen Bell, and Josh Gad will all return along with song-writing team Kristen Anderson-Lopez and Robert Lopez.

“Star Wars: Episode IX,” the finale in the new trilogy, will be released December 20, 2019. J.J Abrams, who directed “The Force Awakens,” will be in charge of the latest sci-fi thriller.

A live-action “Mulan” will be released March 27, 2020. Director Niko Caro told Screencrush she was going to start learning martial arts with her little girl to prep. Mulan disguises herself as a man to take her father’s place in war.

Disney is also making a movie based off the ride “Jungle Cruise” with Dwayne “The Rock” Johnson. Emily Blunt is also reported to star. The movie will be released July 24,2020.

Originally slated to appear on big screens, fans of Indiana Jones will have to wait until July 9, 2021, according to Disney, who owns the franchise, reportedly due to script issues. Steven Spielberg is back to direct the fifth outing in the classic adventure series. Also returning will be Harrison Ford, who is currently 75. Jonathan Kasdan, the son of Raiders of the Lost Ark writer Lawrence Kasdan, has been brought onto write a new draft of the upcoming feature.