America seems to have an insatiable appetite for crime. Are we wired for danger?

While an unlikely choice to play Ted Bundy, actor Zac Efron really embodies the role. According to the director, Efron was looking to do something completely different. Furthermore, that meant seeking a part outside his comfort zone. He is engrossing to watch as the charismatic killer. 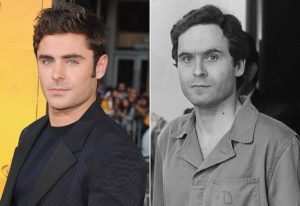 The supporting cast does a superb job as well. Haley Joel Osment takes a turn as a concerned co-worker of Bundy’s girlfriend, played convincingly by Lily Collins.

Director Joe Berlinger is no stranger to crime films. He was nominated for an Oscar for Best Documentary for Paradise Lost 3: Purgatory. The movie is about the child murders at Robin Hood Hills. Add to his resume, Emmy Award and Peabody Award winner and you have a thoughtful, experienced person in charge. Coincidentally, Berlinger also made a documentary about Bundy. It was not packaged with the feature film, Extremely Wicked Shockingly Evil and Vile.

As a whole, the entire film rests upon you believing the relationship between Ted Bundy and his girlfriend Liz Kendall. Based on the book “The Phantom Prince: My Life with Ted Bundy,” the feature demonstrates how we can be seduced by evil. Ultimately, in the end, becoming fooled. In the era of catfishing and fake UBER drivers, it is a cautionary tale for viewers.

The enduring lesson of Ted Bundy is that people you least expect are the most extremely wicked, shockingly evil, and vile.

Extremely Wicked Shockingly Evil and Vile is available to stream Friday, May 3rd on Netflix. It is recommended for ages 16 and up. 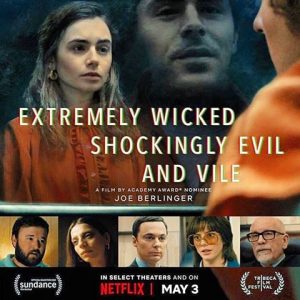