It was destined to happen! Fans of American Idol all agreed that Adam Lambert should be the new front man for legendary group Queen. Ultimately, and in due time, it all came together.

On Monday, April 29th in prime time, ABC 15 will air a special called, “The Show Must Go On: The Queen & Adam Lambert Story.” You will learn how the “American Idol” runner-up had huge shoes to fill when he took over for Freddie Mercury. 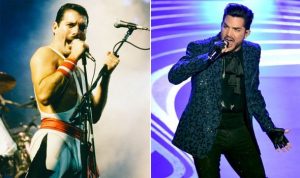 The documentary demonstrates how the band found new life through their new regular front man, Adam Lambert. The rock group Queen reconnects for this two-hour documentary that charts their journey together as Lambert takes center stage with the band as its front man. The special airs 8 p.m. Monday, April 29th on ABC 15.

John Singleton, director of Boyz n the Hood and Poetic Justice, passes away at 51