Walmart stated Wednesday that it will increase the minimum age to purchase tobacco products and e-cigarettes. That will include all of it’s 5,300 U.S. stores, including Sam’s Clubs. The new age to buy vape and tobacco products will be 21. The decision is due to increasing pressure from regulators to reduce tobacco sales and use among young adults.

The new rules will go into effect starting July 2019. Previously, Walmart’s minimum purchase age was 18, aside from a number of states where the legal age is 21. 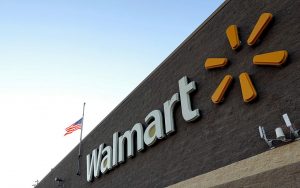 Earlier this year, the Food and Drug Administration put Walmart and 14 other retailers on notice for selling tobacco products to teens.

Another retailer on the list, drugstore operator Walgreens, said last month that it would increase its minimum age for tobacco sales to 21 as soon as September 2019.

In a letter to the FDA Wednesday, Walmart said it will conduct its own tests this year to make sure underage consumers can’t buy tobacco products at its stores. The company confirmed it will retrain workers that fail its tests.

“Even a single sale to a minor is one too many, and we take seriously our responsibilities in this regard,” said John Scudder, Walmart’s chief compliance and ethics officer, in a blog post Wednesday.

Jeff Kode has previously written articles for The Arizona Republic ALT section, as well as other publications including Echo Magazine and IONAZ Magazine. He is an enthusiastic movie lover, and enjoys discovering new music. He was previously on air middays with his own show The Sugar Rush, and can now be heard 6-9am on The Morning Beat with Steve and Jeff at 88.7 The Pulse.
Friend of The Pulse