That’s right folks… it finally happened. The only thing holding the New Orleans Pelicans together is now headed to Hollywood. 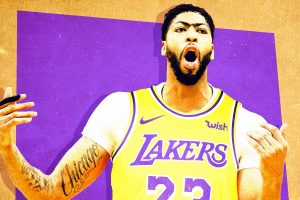 He joins LeBron James and Kyle Kuzma as the presumable ‘Big 3’ in LA.

If New Orleans decides to keep the newly acquired 4th pick in this year’s draft, they will likely have the options of Ja Morant (Murray State), RJ Barrett (Duke), and Darius Garland (Vanderbilt). Morant and Barrett have been rumored to be chosen by the Memphis Grizzlies and the New York Knicks and Number 2 & 3, but only time will tell if this comes to pass.

As for the Lakers, ESPN reporters and basketball enthusiasts alike are dubbing this move as “the greatest trade in NBA history.” Despite having a new superstar duo, the Lakers are still actively searching for another superstar to add in as well, and believe the addition of Davis will be incredible bait for free agents.

Only time will tell how great this trade turn out to be.