Phoenix, AZ (June 17, 2019) – Three of the biggest names in electronic music have announced they are joining forces for a can’t miss outing this fall – The Alchemy Tour. All respected innovators and headliners in their own right, NGHTMRE + SLANDER present Gud Vibrations, Seven Lions, and The Glitch Mob are bringing a stacked show to arenas, amphitheaters, and more for a once-in-a-generation alliance of three artistic powerhouses. 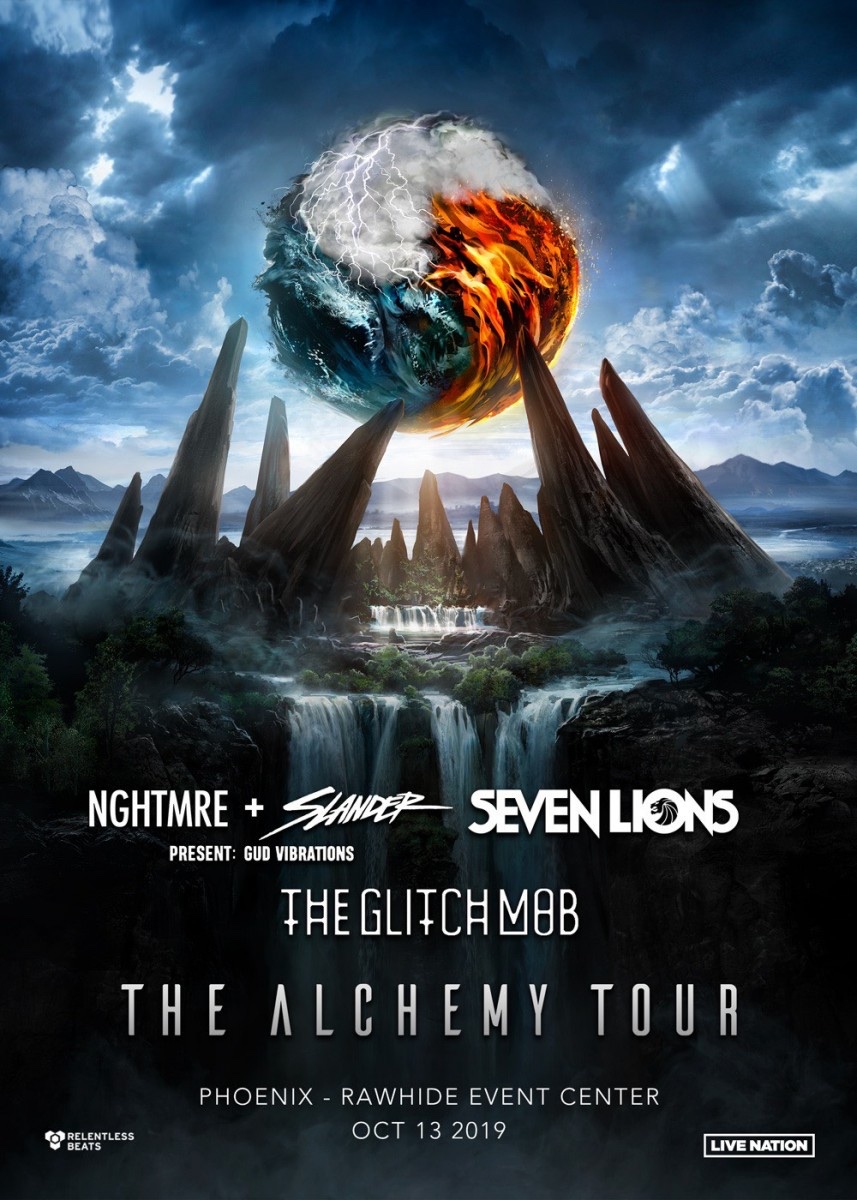 Produced by Live Nation, the 19-stop trek, with more to be added, will kick off September 4th in Charlotte, NC and make stops in Pittsburgh, Austin, The Gorge in Seattle, San Francisco and more before wrapping October 13th in Phoenix, AZ. Tickets go on sale to the general public beginning Thursday, June 20th at 10am local time at LiveNation.com. General Admission tickets for the Phoenix date can be purchased directly at www.RelentlessBeats.com.