Netflix, Amazon, and HULU are three of the most popular streaming platforms. Soon, you will have even more choices of how you watch your favoirte shows. Apple premiered a few short promos for it’s forthcoming Apple TV Plus service. They are just part of a campaign called “Stories to Believe In.” Oprah Winfrey’s Apple TV Plus series, “Oprah’s Book Club,” will feature interviews with selected authors. Winfrey will also produce two documentary projects for the platform. One will focus on workplace harassment and another about mental health. Apple TV Plus debuts on November 1. Unfortunately, not all of the promoted shows will go live at launch. The good news is, Apple TV Plus will only cost $4.99/month. 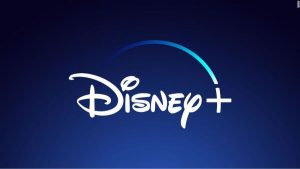 Another mega-company looking to promote it’s upcoming streaming brand is Disney. Pre-orders have begun for the Disney+ american streaming service. The company made the announcement during the first commercial break on Sunday’s Emmy Awards. Sadly, pre-ordering the service won’t save you any money. It still costs about $7 per month. Disney+ will launch in the US on November 12.

Sadly, No Aliens Were Found This Weekend