It’s the first ever Mesa Film Festival this weekend, kicking off Friday through Sunday! The majority of events and films will take place at the Mesa Convention Center, 201 N. Center Street. In addition, over 125 films from all around the world will be shown in six different venues throughout downtown Mesa! You can see the entire film lineup at mesafilmfestival.com/films.

Filmmakers have the opportunity to win cash for entering their movie in the festival and YOU can influence that! Awards will be given Sunday, October 20th. Ten categories including Best Feature, Best Director, Best Cinematography, Best Short, Best Documentary, and more have a chance to win! Their mission is to create a fun, informative and entertaining event for all. They hope to bring people together by showcasing films from around the globe. Furthermore, creating a platform for filmmakers from all walks of life. 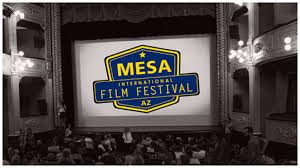