Prior to arriving at the Talking Stick Resort Arena, my first thought was that the Chainsmokers were probably just going to perform their hit songs (three of which I like). Call You Mine, Don’t Let Me Down, and Sick Boy being those three. Although, before getting to that, let’s talk about the opening act, 5 Seconds of Summer.

While not my cup of tea, it should be known that they are more of a rock band now than a boy band. Though the four guys from Sydney, Australia started off as a “boy band,” they have matured into a pop rock sound. They looked confident and the crowd interaction was high. They may not have won over any Chainsmokers fans, but they held their own. 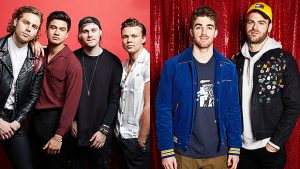 On the opposite end of the spectrum, I’m certain The Chainsmokers won over some 5 Seconds of Summer fans! I was blown away by the combination of high-energy rave style music with live performances. Naturally, they highlighted their most mainstream songs. Although, they also brought pyrotechnics, a carnival act, dancers, and so much more! Between the LED screens and blasting numbers, The Chainsmokers solidified their status as leading deejays and performers. 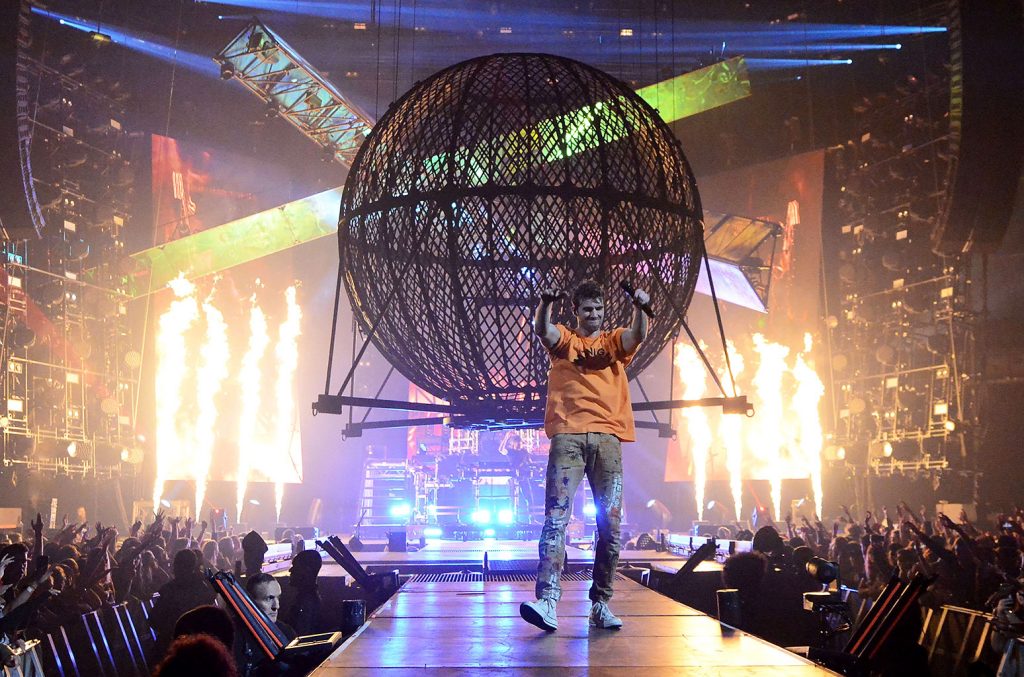 I will definitely be looking forward to The Chainsmokers next appearance in Arizona, or nearby state.