It has been almost 30 years since the original Home Alone came out in 1990. Sadly, it was followed by a slew of sappy sequels. Now, with Disney’s touch, the franchise is hoping to land a new audience. The Home Alone reboot will be headed to Disney+ soon.

Archie Yates, who had his breakout role in Jojo Rabbit, will star. He will not be playing the iconic Kevin McCallister, but a new character in a similar premise to the original. 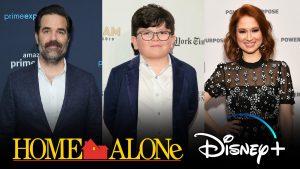 The reboot will also star Ellie Kemper (The Unbreakable Kimmy Schmidt and Erin Hannon in The Office) and the Emmy Award nominated actor Rob Delaney (Catastrophe).

Is there a French Fry shortage coming to North America?

These are the best people to get relationship advice from