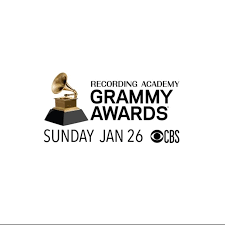 The big winner of the night was Billie Eilish who won in all four major categories. At only 18, she became the first female in Grammys history to do so. The last time that feat was achieved by an artist was 1981 with Christopher Cross. Billie won SONG and RECORD OF THE YEAR for “Bad Guy.” She added ALBUM OF THE YEAR and BEST NEW ARTIST as well. Altogether, Eilish brought home five Grammys, including Pop Vocal Album for “When We All Fall Asleep, Where Do We Go.” Her brother FINNEAS was awarded PRODUCER OF THE YEAR. 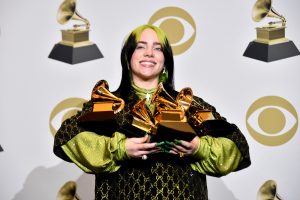 The awards show kicked off with a performance from LIZZO, who had more nominations than any other artist with eight. In an homage to the late L.A Lakers player KOBE BRYANT, she screamed “This is for KOBE!” First came an intro to “Cuz I Love You,” before several full-bodied ballerinas led into a boisterous “Truth Hurts.” She capped it off with her patented flute solo. Later, she took home a GRAMMY for BEST POP SOLO PERFORMANCE, one of three she won overall. 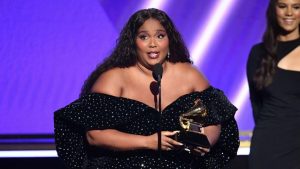 ALICIA KEYS then came out and addressed “the crazy sadness right now literally sitting heartbroken in the house that KOBE BRYANT built.” Then, she brought out BOYZ II MEN who sang the stirring homage, “It’s So Hard To Say Goodbye To Yesterday.” Keys then asked us to “celebrate the most powerful energy in the world to bring us together and heal… music.”

USHER busted out his best moves and his falsetto on a gala PRINCE tribute joined by SHEILA E. for a medley that opened with “Little Red Corvette,” segued into “When Doves Cry” (featuring a pole-dance by none other than FKA TWIGS) and a climactic “Kiss” which earned a standing ovation.

CAMILA CABELLO brought the tears in an emotional moment of her singing “First Man” to her father, in the first row no less, over home movies of her as a child. 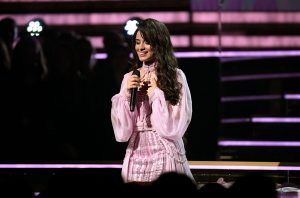 ARIANA GRANDE finally got to sing “thank u, next,” after last year’s alleged dust-up with long time Grammy’s producer KEN EHRLICH, as part of a medley which started with “Imagine” followed with a full-on version of “My Favorite Things” into a full-on bedroom romp for “7 Rings” in one of the evening’s highlight performances. 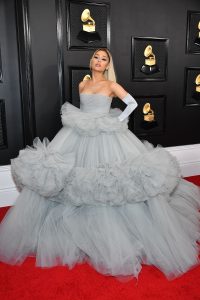 BILLIE EILISH, green fingernails and all, was more than ready for her close-up, going the simple route, accompanied by just her brother FINNEAS on piano for one of the evening’s most moving performances, a totally telling “When The Party’s Over.” A very subtle gospel choir was featured in the background.

DEMI LOVATO took the GRAMMY stage for a moving rendition of her new single, “Anyone.” It was written after her well-publicized bout with drug addiction. She offered a wrenching, cathartic performance that featured her singing, “No one is listening to me.” Everyone was at rapt attention. She received a well-deserved standing ovation.

For a complete list of winners, go to grammy.com.