Louis The Child has announced dates for the upcoming second phase of their massive and must-see ‘Here For Now’ headlining tour. Kicking off on April 10 in Berkeley, CA, the nationwide tour will stop in Phoenix, AZ, on April 17th with support by Big Wild, K. Flay, and ilo ilo, before continuing through June 13 in Sacramento, CA. 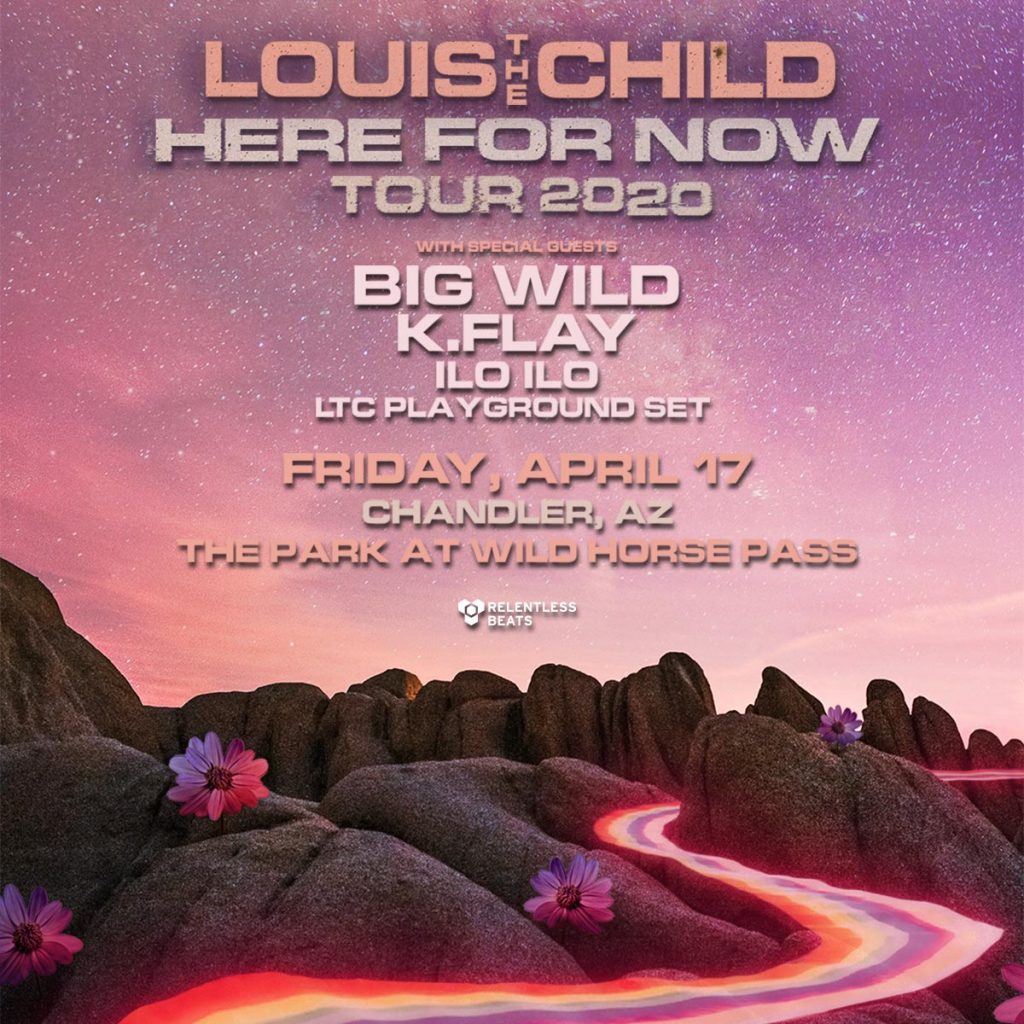 Louis The Child also recently announced their highly anticipated return to the Coachella Valley Music & Arts Festival stage. In addition, the Chicago-bred production duo will play a number of major music festivals across the globe this year, including EDC Mexico Hangout Music Festival and Electric Forest.

Last November, Louis The Child embarked on the first leg of the ‘Here for Now’ tour and quickly drew praise for their stunning and spectacular set. In a departure from past performances, the tour featured live production from members Robby Hauldren and Freddy Kennett, infusing even more energy and spontaneity into their unforgettable show.

As they gear up for the second phase of the ‘Here for Now’ tour, Louis The Child will continue to expand their set with the addition of head-turning new material like their recent singles “Here Comes a Feeling” (with Naomi Wild & Couros) and “Free” (with Drew Love).

Tickets for all dates for the second phase of Louis The Child’s ‘Here For Now’ are on sale now. Check out the full itinerary below. General Admission tickets for the Phoenix date can be purchased directly at www.RelentlessBeats.com.

Tour Dates for Louis The Child

Justin Bieber's new look has some fans upset with him