With box office plummeting and movie theaters closed or closing in many states and entirely shuttered in dozens of overseas markets, NBCUniversal has announced it will become the first Hollywood studio to make wide releases immediately available on demand. The first new release to be released to home video the same day it’s released to theaters will be Trolls World Tour, currently scheduled for April 10, with a suggested rental price of $19.99 for a 48-hour rental. Universal movies already in theaters, including The Invisible Man and The Hunt, could be available as soon as this Friday. 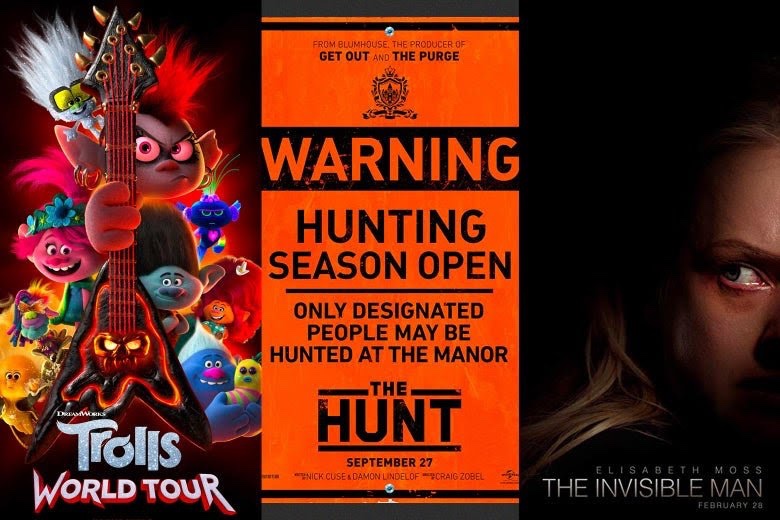 “Rather than delaying these films or releasing them into a challenged distribution landscape, we wanted to provide an option for people to view these titles in the home that is both accessible and affordable,” CEO Jeff Shell told Variety in a statement. “We hope and believe that people will still go to the movies in theaters where available, but we understand that for people in different areas of the world that is increasingly becoming less possible.”