The options of going out are becoming extremely limited. The current social atmosphere is playing out day by day. This includes one of the most popular choices among all ages – movies on the big screen! While others remain open with restrictions, this is a comprehensive list of Valley theaters that are both open and closed. 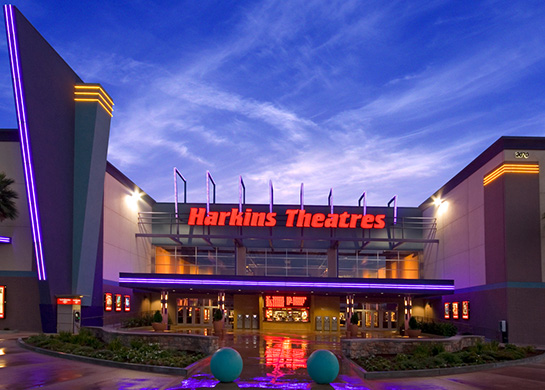 The biggest movie chain in the country, AMC, announced they will be closed for 6 to 12 weeks. That means AMC Theaters could be closed all the way until June!

Alamo Drafthouse Cinema is also closing its locations in Arizona and elsewhere. It has theaters in Chandler, Tempe and Gilbert.

Flix Brewhouse in Chandler is closed, according to their website.

Regal Cinemas, a national chain with one location in Gilbert, is closed indefinitely.

Silver Cinemas in Phoenix is suspending all operations until further notice.

FatCats in Mesa and Gilbert is also closing its locations and elsewhere.

REMAINS OPEN (as of March 17)
Cinemark Mesa remains open. Their website states, “We are taking steps to ensure the health & safety of our guests and employees.”

Filmbar: The downtown Phoenix indie theater was showing movie times as of March 17. A March 13 post on its Facebook page that it would reduce seating capacity by half to provide space between viewers.

Roadhouse Cinemas, a Scottsdale dine-in theater made a statement on its website. It says, “Out of an increase in caution, RoadHouse has elected to institute an “every-other-seat” policy. Every other love seat will be left vacant, and each row will alternate from even to odd seats, to allow for an abundance of “social spacing.”

Pollack Tempe Cinemas says ticket sales are being limited to encourage distance between patrons. The discount theater is following stringent cleaning procedures and making hand sanitizer available, according to a letter to patrons from owner Michael Pollack. Loyalty cup refills will be given in disposable paper cups and a new bag will be given for each large popcorn refill.

Studio Movie Grill in Scottsdale says on its website that it is monitoring health recommendations for cleaning and disinfecting. They are limiting the number of seats being sold. Patrons will be seated 10 feet apart with a maximum of 50 seats in an auditorium.

Relentless Beats Announces Events Through May 10 to be Rescheduled