The Netflix documentary, “Tiger King,” has been the number one series on the streaming giant for nearly a month. Viewers across the globe have shared their reaction on social media. The premise involves exotic animal ownership and the people behind it.

Numerous news outlets have investigated some of the aspects of the show. Here are ten things you may wonder after experiencing “Tiger King”. They include Joe’s singing, John’s missing teeth, Carole’s missing husband, and more!

Are Shaq and Joe friends? Was that Doc with Britney Spears at the VMAs ? Did former employee Kelci Saffery’s losing her arm from a tiger attack cause the animal to be put down? And, ultimately, what happened to Joe’s zoo?

Other curiosities I’ll uncover include the real truth about former manager, John Reinke’s accident. What famous place did those alligators come from? Did people petting those baby cubs come with a cost? And, how could I forget the bonus question. Will President Trump pardon Joe Exotic? Ready to dive-in? 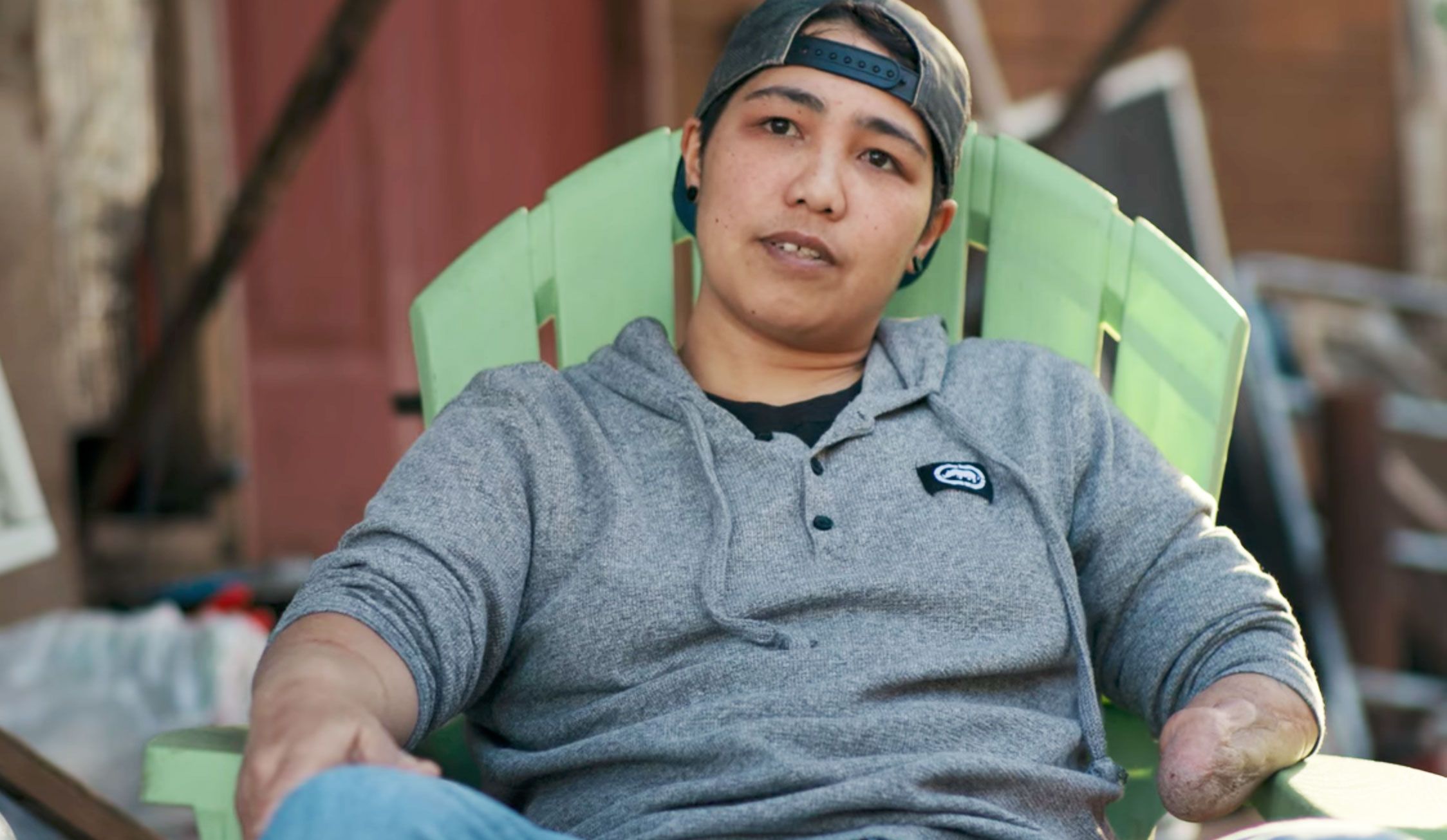 In the first episode, Kelci Saffery, one of Joe’s employees, is bit by a tiger. As a result, she chooses to have the injured hand amputated rather than undergo numerous operations. She returns to work just five days later, and shows up throughout the show displaying a stump. Saffery has said from the beginning that no one should blame the tiger and, though it’s not mentioned in the episode, the tiger was not put down. 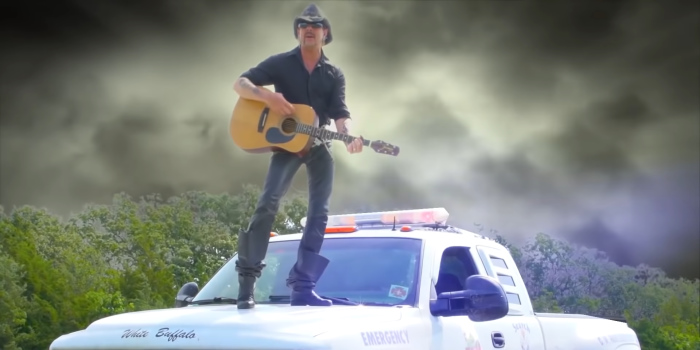 In multiple episodes, Joe brags about his singing career. Real musicians Vince Johnson and Danny Clinton, professionally known as The Clinton Johnson Band, were the true voices behind Joe’s Milli Vanilli act. Johnson told Vanity Fair they worked for free, thinking they’d earn fame from a reality show about Joe’s life. (Clinton died in October, TMZ reports.) The show’s directors, Eric Goode and Rebecca Chaiklin, told the L.A. Times that a fact-checker discovered that Joe did sing softly over the top of certain songs, so they chose not to call him out on it in the show. 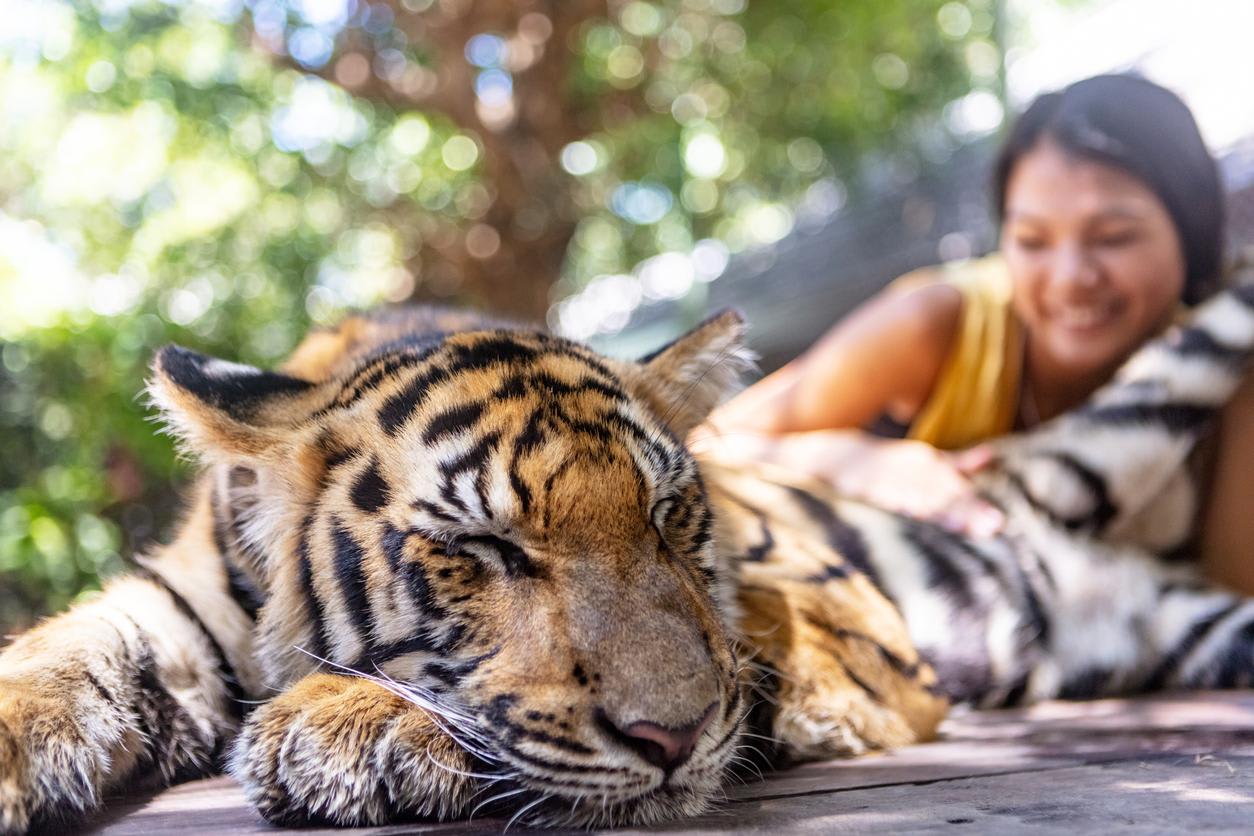 Joe Exotic earns money by charging visitors to come to his exotic-animal park and take photos cuddling with the big-cat cubs. But directors and writers Eric Goode and Rebecca Chaiklin told the L.A. Times that they never gave in and cuddled the the baby cats, especially after what they saw. “Most of the tigers we were around were subjected to abject cruelty,” Chaiklin said. “We saw babies being torn from their mothers and screaming. They’d get sick from being handled so much and get ringworm and mange. It was disturbing.” 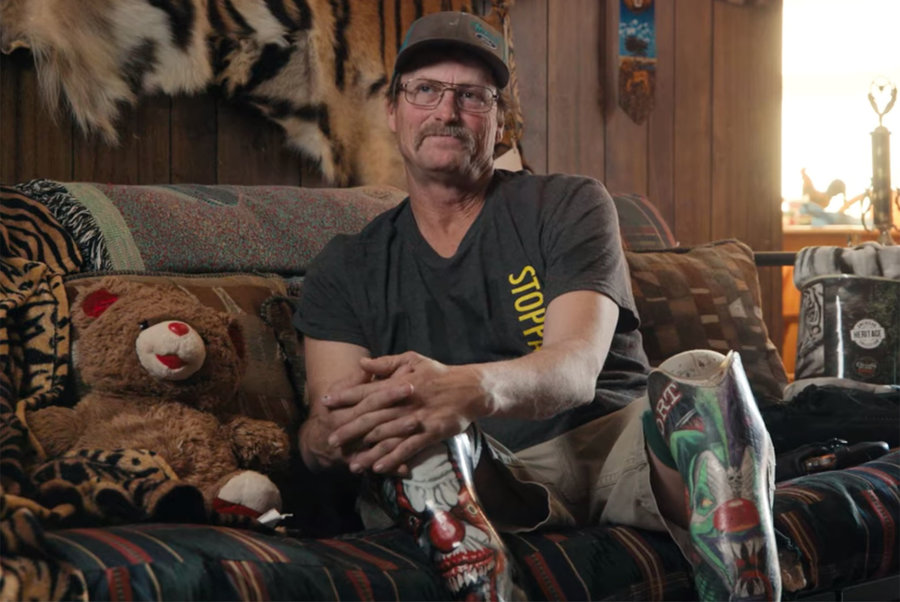 During the series, John Reinke, former manager at Joe Exotic’s animal park, puts on, and takes off his artificial legs quite a few times. Furthermore, he explains that he needs them not because of a cat attack, but due to a previous accident. Like everything in Tiger King, that’s only half of the dramatic story. Back in 2010, Reinke explained his accident to The Oklahoman newspaper. Though he describes it as a ziplining accident in the show, the article describes it as a bungee-jump accident — it certainly involved a fall from a terrifying height. Not only did a pulley malfunction, sending Reinke tumbling 55 feet to the ground and crushing his legs, but he didn’t just land on the earth. He fell onto a 6-inch metal stake, piercing his colon and stomach, the paper reports. He later had more than 20 operations on his feet and legs. 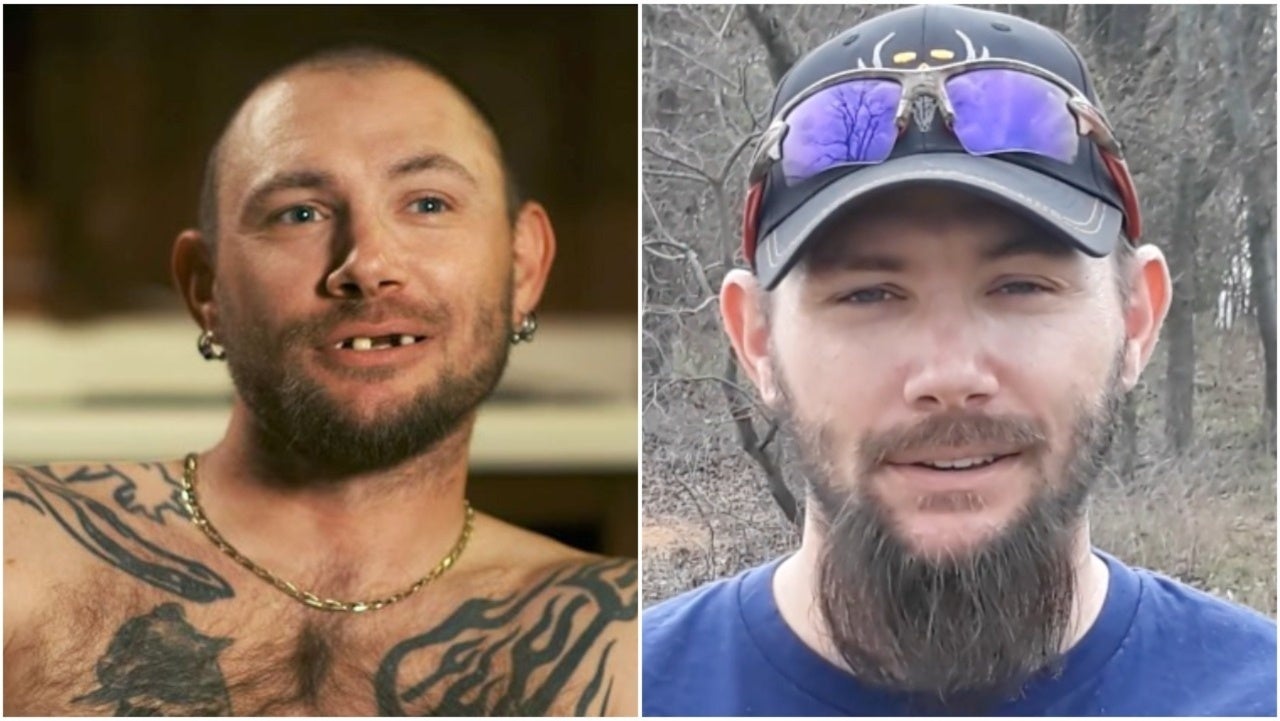 One of Joe Exotic’s romantic partners, John Finlay, was noteworthy on the show for only having a few visible teeth, but now he has full dentures and is almost unrecognizable. 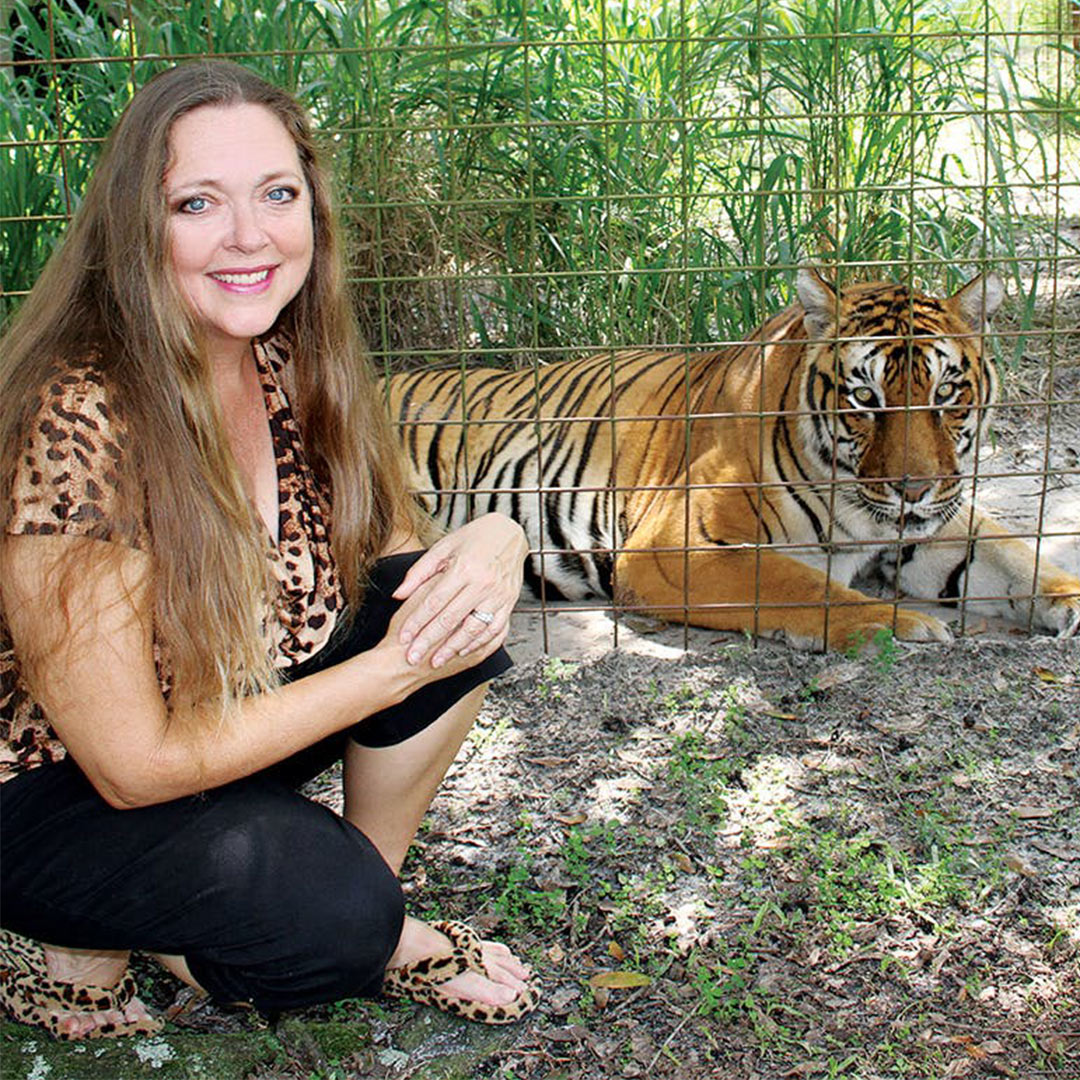 A major part of the series focuses on Joe Exotic’s nemesis, activist Carole Baskin, whose husband Don Lewis disappeared in 1997. Joe Exotic, who is now serving 22 years in prison for charges related to Baskin, claims over and over in the series that Baskin killed James and fed the remains to her big cats. His disappearance remains a mystery. 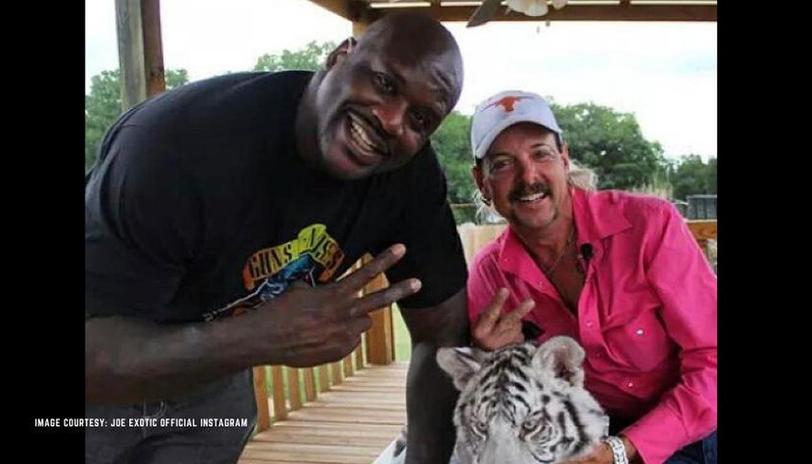 Tiger King gets so weird viewers might forget NBA star Shaquille O’Neal briefly shows up in an episode. But on March 25, O’Neal said on The Big Podcast with Shaq that the two are not pals. Shaq says he loves tigers. He’s even visited the park a few times, but “had no idea all that stuff was going on.”

Tiger King is mostly about the big cats, although the reptile residents of the park have a sad storyline. In one of the episodes their enclosure catches fire. John Finlay told David Spade in his video interview that some of the alligators at the exotic-animal park came from Michael Jackson’s Neverland Ranch. He also said that working with the crocodiles and alligators was more dangerous than working with the big cats, in part because of the reptiles’ giant and threatening tails. 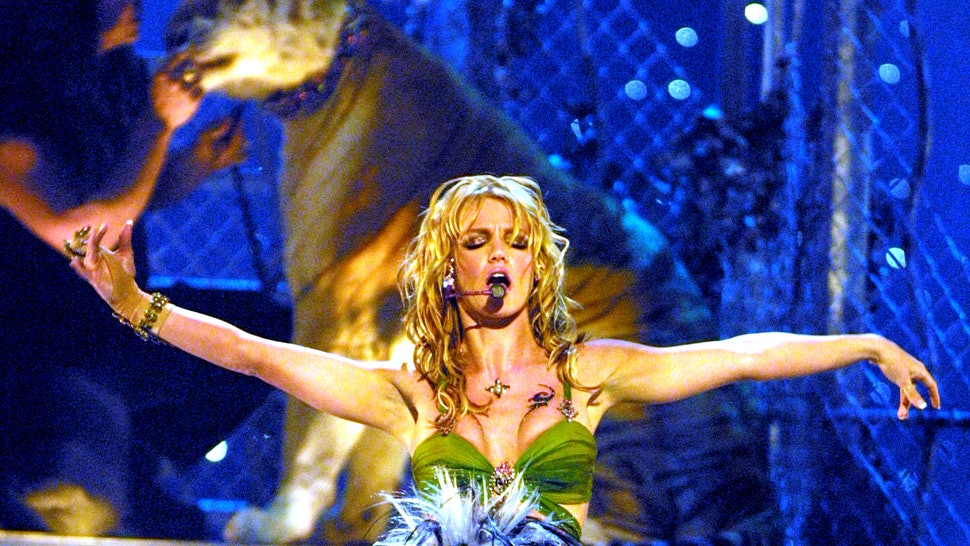 Joe’s buddy, “Doc” Antle, did, in fact, appear at the MTV Video Music Awards in 2001 with pop star Britney Spears. One of his tigers, from the Myrtle Beach Safari in South Carolina, was in the cage with Spears. That’s him in the background with the tiger. 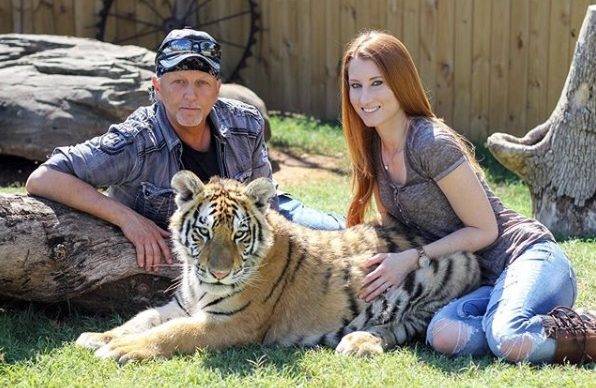 After taking over the zoo from Joe, Jeff Lowe began building a new park in Southern Oklahoma. Lowe’s plan was to move all the animals there. After feeling like he was doing all the work, his partner, Tim Stark, left the project. According to its website, The Oklahoma Zoo still plans to have a Grand Opening in Spring 2020.

Ultimately, Joe Exotic reached out to staff at The White House and asked President Donald Trump for a pardon. How did he respond? Look below!

Recent survey reveals answers about what troubles Arizonans most about coronavirus