Chromatica is Lady Gaga’s sixth studio album. She intended it to be a reminder of her “absolute love for electronic music.”

Thus far, seven music publications have given the effort four stars! They include The Guardian, The Independent, The Irish Times, Evening Standard, NME, The TImes, and The Telegraph. Only one stood alone with a tepid review and that was Slant Magazine (**1/2 out of *****). 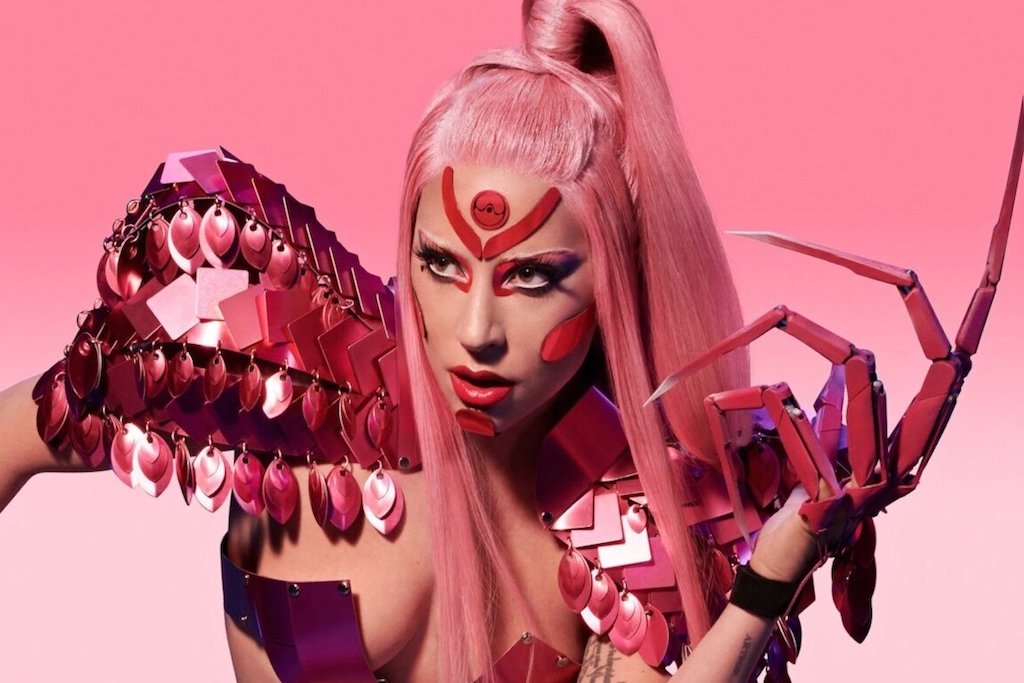 Michael Tucker, profesionally known as BloodPop, co-wrote and co-produced all full-length tracks on the album. He is known for writing and producing songs for Britney Spears, Lady Gaga, Justin Bieber, and Madonna. He previously worked with Gaga on her Joanne album. In 2017, he released a collaboration with Bieber, “Friends”, as his debut single under the BloodPop moniker. That same year, Bloodpop was nominated for a Grammy Award for Album of the Year as a co-producer on Justin Bieber’s Purpose.

English record producer, songwriter, and DJ Burns co-wrote and co-produced seven songs for ‘Chromatica.’ They are “Rain On Me,” “Sour Candy,” “Fun Tonight,” “Enigma,” “Replay,” “Sine From Above,” and “Babylon.” His recent writing and production credits include Britney Spears, Liam Payne, Little Mix, Louis Tomlinson, Pitbull, Ellie Goulding, Lady Gaga, Ariana Grande, and others. Burns was chosen to warm up for every show of deadmau5’s U.S. 30-day tour and subsequently joined Calvin Harris on his UK tour.

French record producer and DJ Tchami co-wrote and co-produced four tracks for ‘Chromatica.’ Those include “Stupid Love,” “Rain On Me,” “1000 Doves, and “Babylon.” Tchami most commonly produces future house music, and came into widespread recognition after releasing a remix of “Go Deep” by Janet Jackson. Tchami has done several supporting tours with successful electronic music artists such as Skrillex, Diplo, and DJ Snake.

Swedish DJ Axwell co-produced three tracks on ‘Chromatica,’ including “Alice,”Free Woman,” and “Sine From Above (featuring Elton John).” He is a two time DJ Awards winner, as well as a Grammy Award nominee. He previously produced Flo-Rida’s “Wild Ones,” which netted him a Best Rap/Sung Collaboration Grammy nomination.

Other notable talent on ‘Chromatica,’ was Ryan Tedder, a.k.a One Republic, who co-wrote, “Sine From Above.” 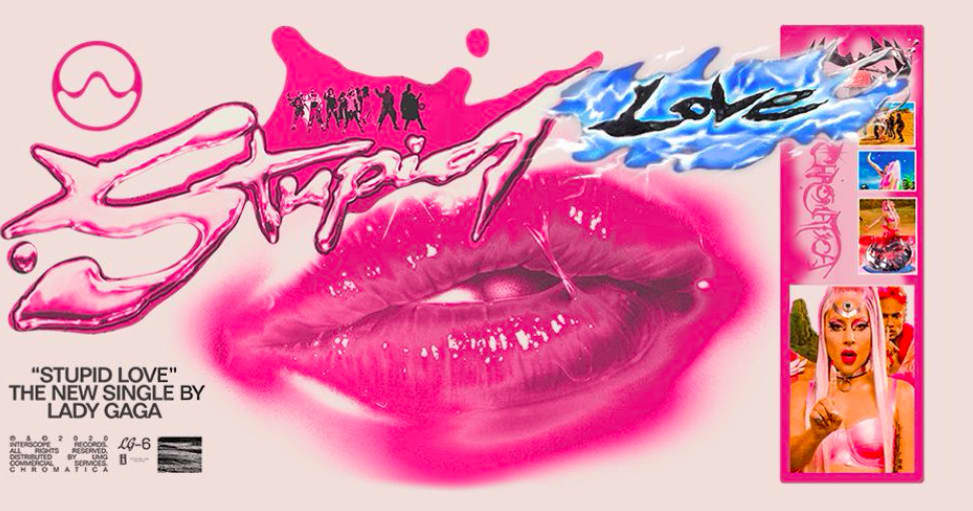 Stupid Love. Co-written by Gaga, Bloodpop, Max Martin, and Tchami. Co-produced by Bloodpop, Tchami, and Martin. The colorful, other- worldy music video for ‘Stupid Love,’ isn’t afraid to flaunt it’s flamboyance. The first single from the new album went to number one in four countries. In the U.S, it peaked at number five on the Billboard Hot 100. On itunes downloads, it shot to the top. The high-spirited electro pop track has Gaga sending us back to her classic days of dance as she repeats, “All I ever wanted was love.” We can all relate to falling for someone and wanting their love. B+ 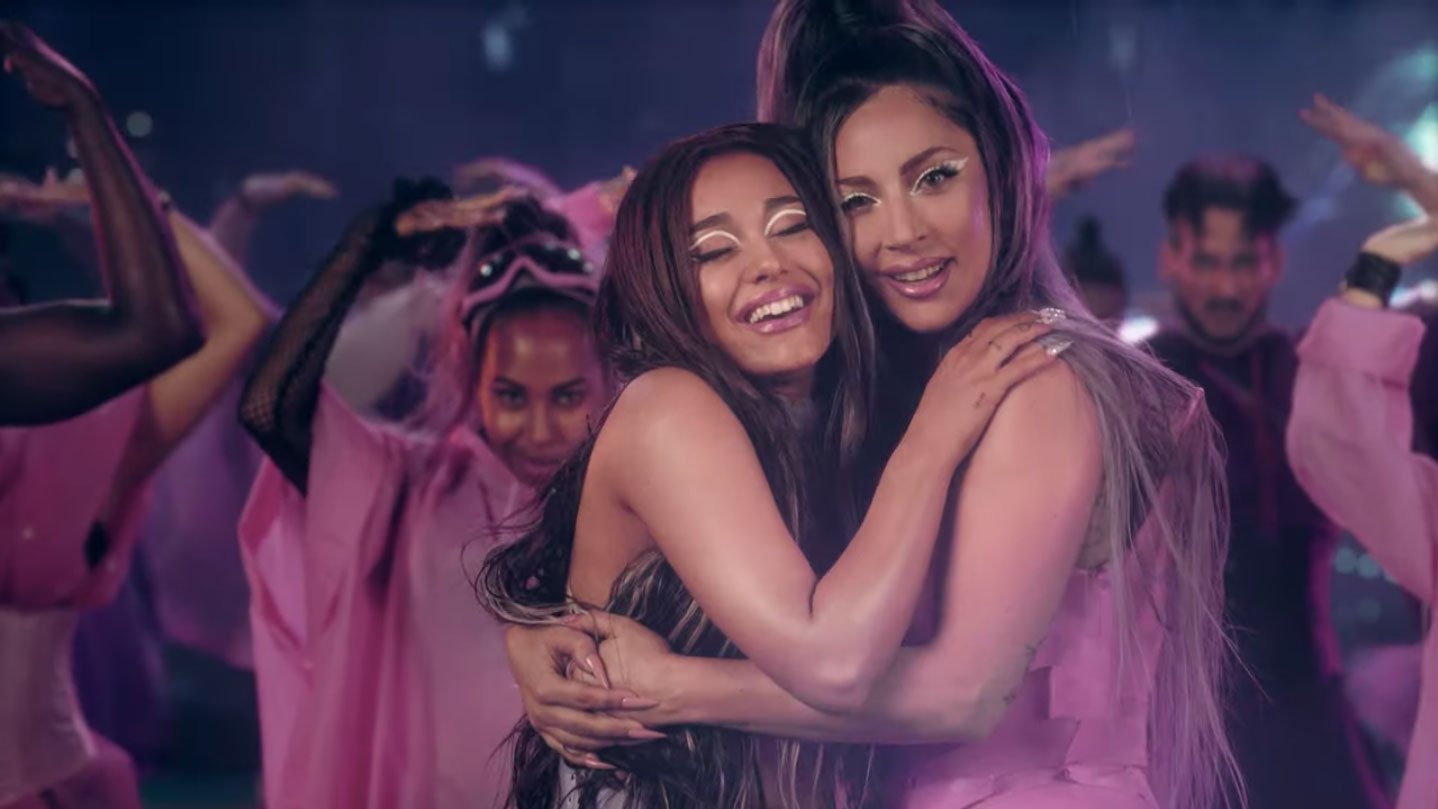 Rain On Me (f/ Ariana Grande). Co-written by Gaga, Ariana Grande, Bloodpop, and five others. Co-produced by Bloodpop, Tchami, and two others. The second single from ‘Chromatica’ has just recently been released on Adult Contemporary and Top 40 radio. Only a week old and already amassing over 63 million views on YouTube, it looks to be a hit. The infectious rhythm and house beats are perfect for Top 40 radio. A-

Sour Candy (f/ BLACKPINK) Co-written by Gaga, Bloodpop, Burns, and three others. Co-produced by Bloodpop, Burns, and one other. “Sour Candy” marks the first collaboration between American singer-songwriter Lady Gaga and South Korean girl group BLACKPINK. It’s a sassy pop song performed over a straightforward House beat. The girls of BLACKPINK and Gaga warn their partners to accept them with their flaws and not try to change them. It’s the third single from ‘Chromatica.’ B- 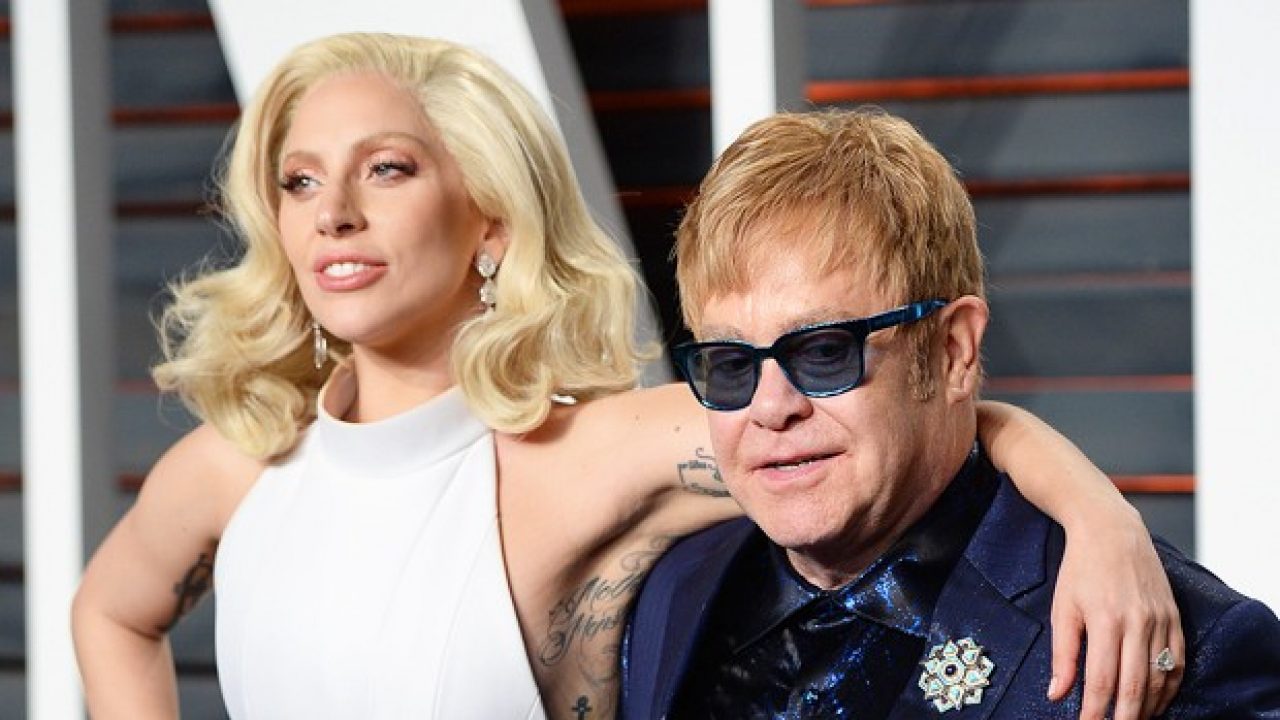 Sine From Above (f/ Elton John) Co-written by Gaga, Bloodpop, Ryan Tedder (One Republic), Sebastian Ingrosso, and eight others. Co- produced by Bloodpop, Axwell, Burns, and four others. Gaga’s collaboration with Elton John, talks about the healing power of music. It slowly builds in the first 85 seconds, then launches into a synth-filled trance track. In the last 30 seconds, get ready for a surprise twist! C+

Alice. Co-written by Gaga, BloodPop, Axwell, Justin Tranter, and one other. Co-produced by BloodPop, Axwell, and two others. “Alice” pays homage to the 1865 novel Alice’s Adventures in Wonderland, later popularized by the 1951 animated film adaptation. As evidenced in her lyrics, “Take me to wonderland,” Gaga sadly doesn’t really take you anywhere in this song. It’s a basic house beat with no build-up. The words have little meaning. I found myself drifting into wonderland as I began falling asleep. D

911. Co-written by Gaga, BloodPop, Madeon, and Tranter. Co-produced by BloodPop, Madeon, and one other. “My Biggest Enemy Is Me, Pop a 911” Lady Gaga admitted this song is inspired by the antipsychotic prescription that she has to take in order to maintain control of her brain. The theme hovers around dealing with self-hate. C

Free Woman. Co-written by Gaga, BloodPop, and two others. Co-produced by BloodPop, Axwell, and two others. Gaga shared with Apple Music that she was taken advantage of sexually by a music producer. She asserts, “I no longer am going to define myself as a survivor, or a victim of sexual assault. I just am a person that is free, who went through some f***ed-up $#!+.” While the tune is certainly emotionally expressive and relatable to anyone who’s ever gone through abuse, the backing music doesn’t offer much to compliment the release. C-

Fun Tonight. Co-written by Gaga, BloodPop, Burns, and one other. Co-produced by BloodPop, Burns, and one other. “Fun Tonight” is about how there were many nights when people who loved her would try to make her smile or be optimistic, but she had no ability to be happy. How many times have we been with a group of people and still felt alone? Listening to this song will help you relate. As somber as it sounds, it still has a hopeful, celebratory tone to it. C

Babylon. Co-written by Gaga, BloodPop, and Burns. Co-produced by BloodPop, Burns, Tchami, and one other. The closing track, “Babylon” is a disco-influenced, ’90s-house track about how toxic gossip can be, something that “used to run” the singer’s life and made her feel “small and chained.” The lyrics and beat are very weak and lack any sort of exuberance. It seems like a strange way to conclude an otherwise mostly upbeat album. D

1000 Doves. Co-written by Gaga, BloodPop, and two others. Co-produced by BloodPop, Tchami, and one other. In what should have been the closing track, “1000 Doves” is an ode to Gaga’s fans. It’s meant to lift you up and has a pretty likeable beat. B+

Replay. Co-written by Gaga, BloodPop, and Burns. Co-produced by Burns and one other. In ‘Replay’ Lady Gaga brings back all her allegories of ‘Monster’. The approach this time around can be seen as a bit more different: more resigned, the dance-y melody in the background is meant to transport her and us and make it feel like it’s ok. C-