A Blue alert was issued by the Arizona Department of Public Safety this afternoon after a shooting involving an Arizona state trooper in Phoenix. 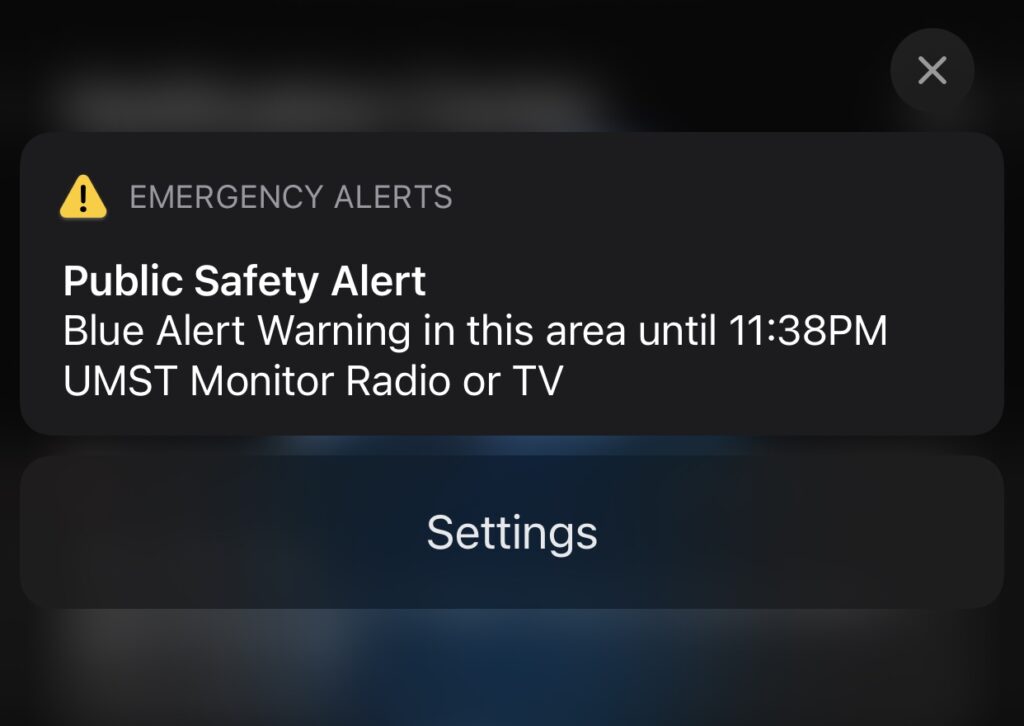 One suspect was in custody and another was at-large after the incident near 37th Avenue and Portland Street.

At around 9 a.m., the passenger in a car fired multiple shots with an “assault rifle” at DPS detectives in a marked vehicle, who returned fire, Galvez said.

The suspected shooter was taken into custody, but the search for the driver continues.

The purpose of the Blue Alert program is to establish a notification system that provides immediate information to the public through issuing and coordinating alerts using various resources following a violent attack upon a law enforcement officer.

The goal of the Blue Alert is to protect the public and officers through efficient information dissemination and communication that results in quick and safe apprehension of suspect(s) when such attacks occur.

The suspect who fired multiple rounds at our detectives was the passenger in this vehicle. We’re still looking for the driver and the vehicle. The passenger is in custody. Shooting occurred at 37th Avenue & Portland in Phoenix.