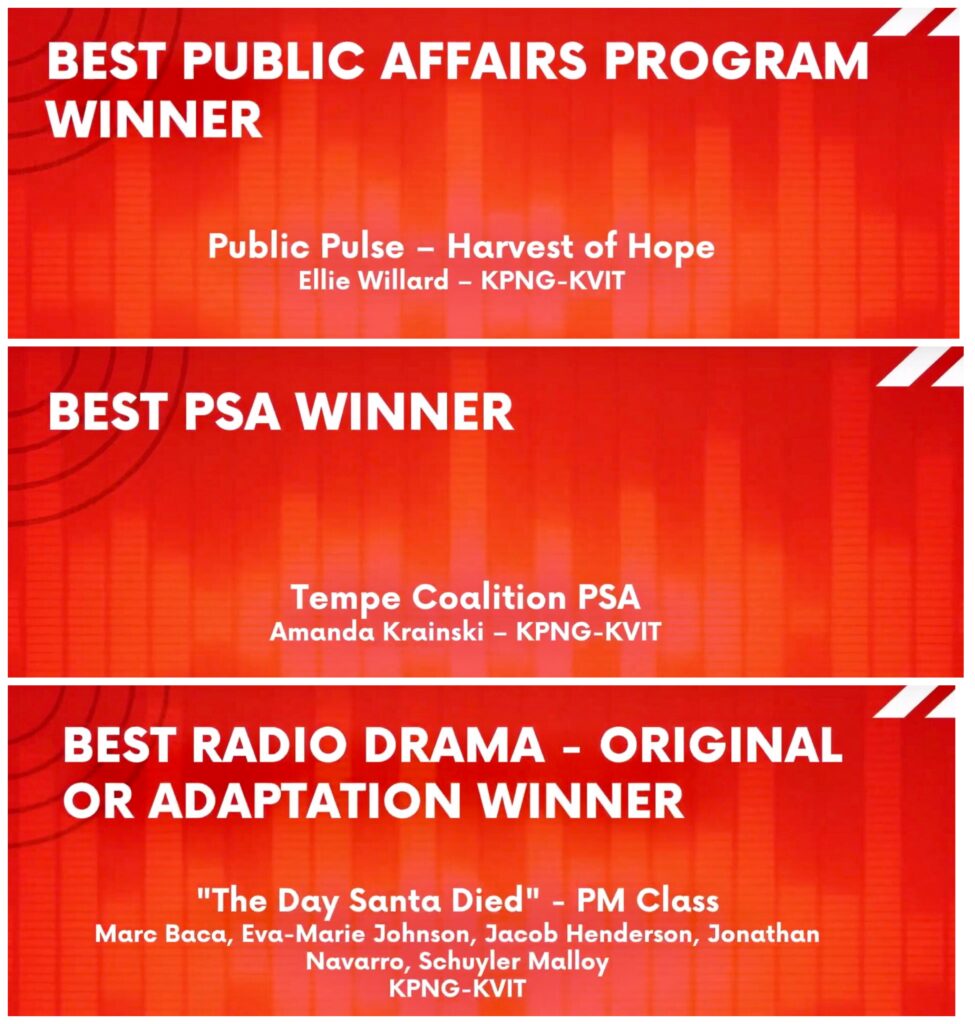 Amanda Krainski (Class of 2020) won for Best PSA for her production this past May for
Tempe Coalition, encouraging fellow students to make smart decisions during this spring’s
stay-at-home order. Krainski continues to make an impact at EVIT, even after graduating, as
she currently serves as one of Teachers Aides in the Radio/Audio Production program. She’s
also preparing to begin classes at CRAS (Conservatory for Recording Arts & Sciences).

Also current EVIT seniors Marc Baca, Jacob Henderson, Schuyler Malloy and Jonathan
Navarro, along with 2020 grad Eva-Marie Johnson, teamed up to win Best Radio Drama. The
students wrote an original script and presented the parody “The Day Santa Claus Died,” live
on the air, last December. The drama was based loosely on a true story that took place in
Mesa, AZ in December 1932.