Travis Scott lit up the sky at his set on the Croc Stage at Rolling Loud Festival on Sunday, July 25, 2021. This made him the first-ever artist to release a pre-save link for his upcoming music via drone QR code above the stage while he performed the unreleased track, ‘Escape Plan’. 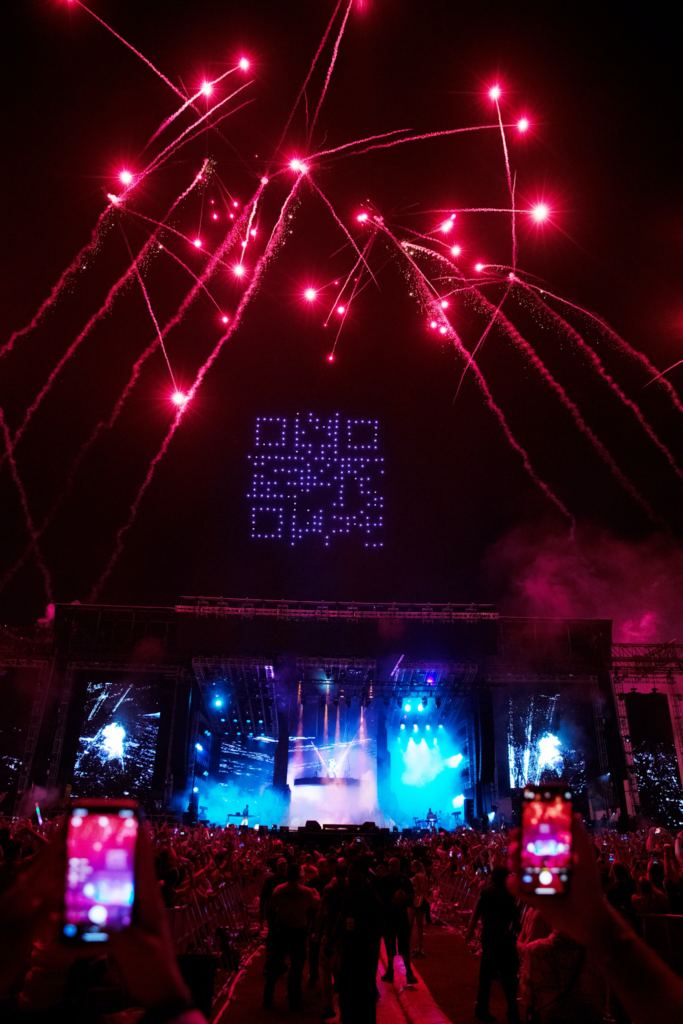 During Scott’s performance, 250 drones were used to create a QR code that unlocked access to new music above the stage, The QR code is a pre save for the single titled, ‘Escape Plan’. This tactful innovative experience is still new to the market, but also marks Travis Scott as the first recording artist to use this new outdoor QR technology to release new music at a major festival.